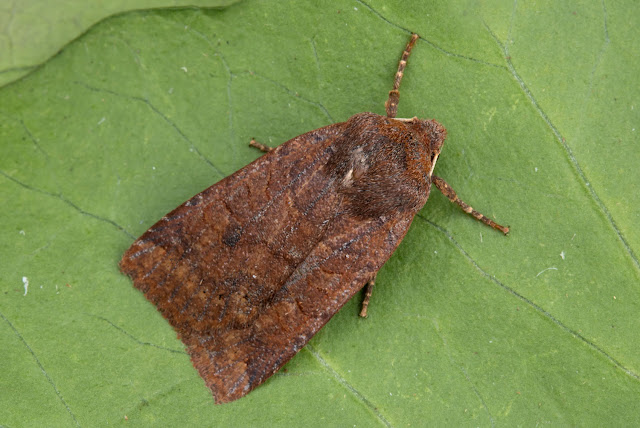 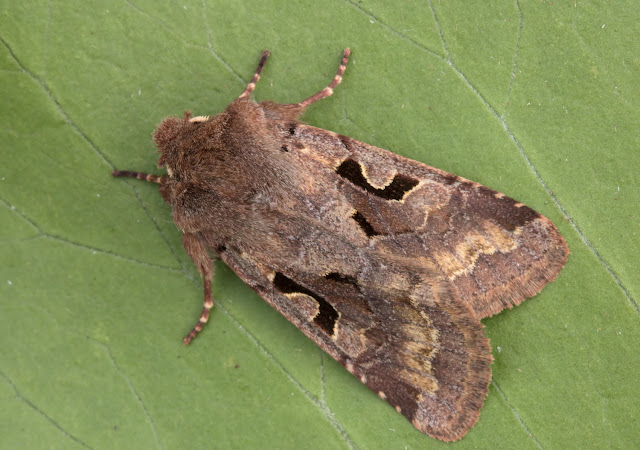 Posted by Boughton Moths at 09:32 No comments:

The first moth of the year was in the trap this morning: a Dark Chestnut. I didn't record this species last year so a good start. This afternoon I made my annual winter trip to Hampton Pier, Herne Bay at high tide where 2 Purple Sandpipers were nearby and the regular wintering Mediterranean Gull was on the shingle. 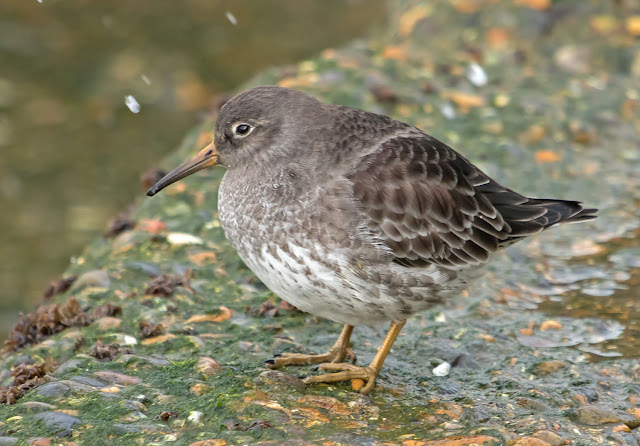 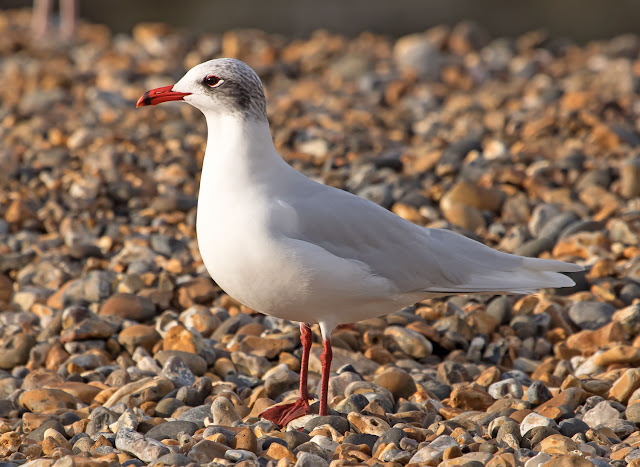 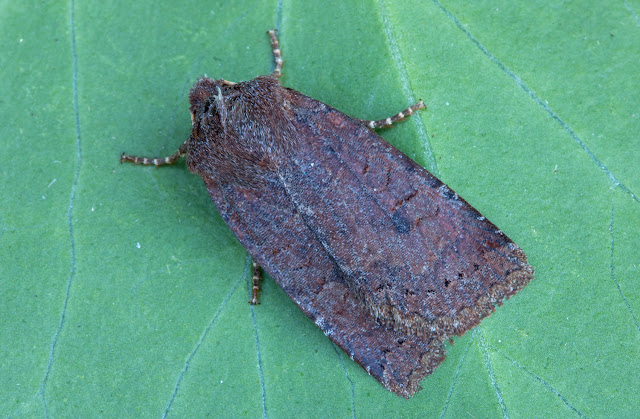 Posted by Boughton Moths at 20:06 No comments:

Went over to Grove Ferry yesterday afternoon hoping to see Hen Harriers and Owls. Saw none but did see a Jack Snipe, a rarity for me, from the Feast Hide "bobbing" at the back of the pool. Only a record shot below. Other birds included 5 Marsh Harriers, large numbers of Fieldfares, 2 Common Snipe in flight near the Marsh Hide and several Robins. 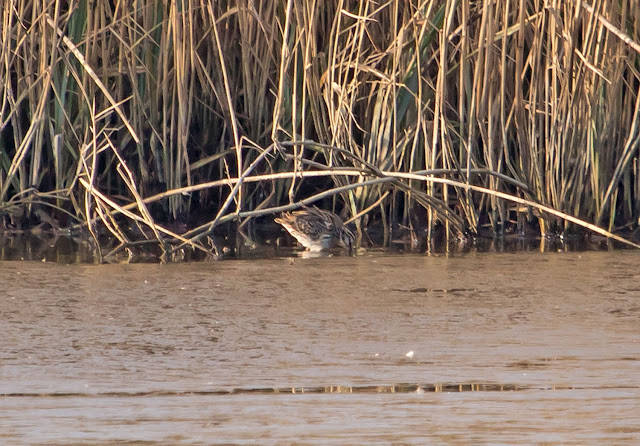 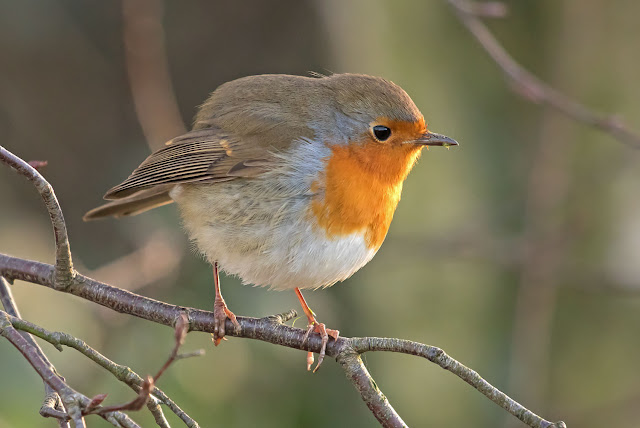 Posted by Boughton Moths at 09:34 No comments:

Off to a very sunny and windless Dungeness today. We started at the ARC pit where a Bittern showed well but distantly from the Hanson Hide. We then walked across the road and round the main part of the reserve. Near Boulderwall a Great White Egret and Little Egret could be seen and a lone White-fronted Goose flew over. A Buzzard plus another Great White and Little Egret were seen before another Bittern showed briefly in flight from the ramp. Two Smew including a Drake were seen from the Scott Hide. After lunch another Bittern showed well but again at some distance near the "Listening Ears" at Lade with another Buzzard. We then tried the patch where the first winter Glaucous Gull flew along the beach towards to the fishing boats. We failed to re-locate it but did see a few Razorbills on the sea from there . Finally back at the ARC another Bittern could be seen from the Hanson Hide with 2 being visible form the Screen Hide. So 4 Bitterns seen but none too close.We also saw a Butterfly today near the RSPB Visitor Centre but not well enough to identify the species. 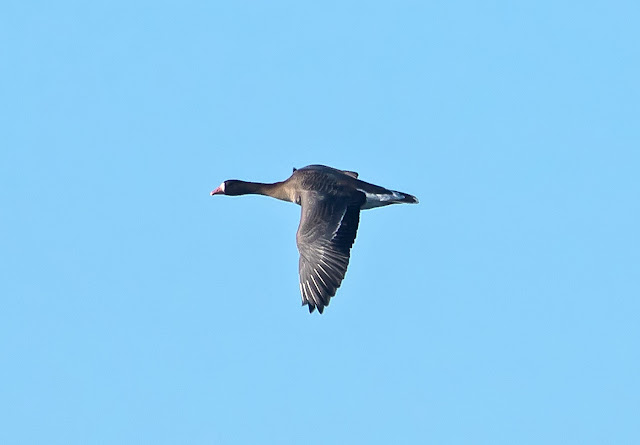 Wigeon at the ARC Pit 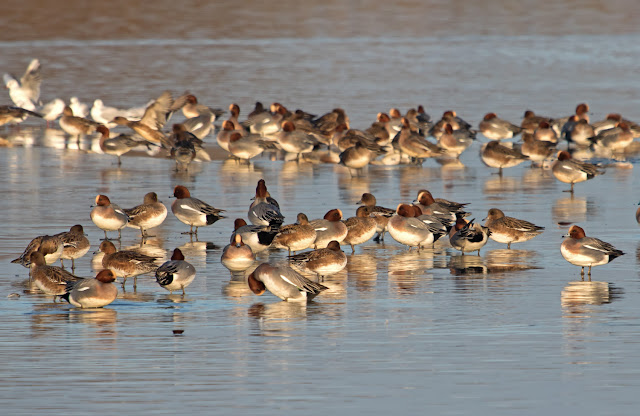 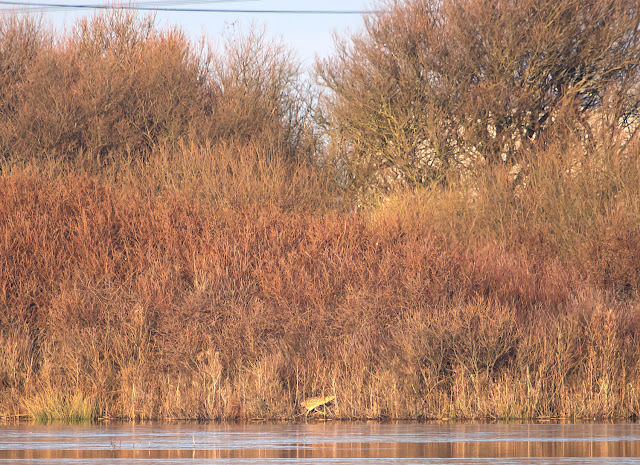 Posted by Boughton Moths at 21:20 No comments:

Off to sunny Dungeness today where it started fairly calm but got windier and cloudier as the day wore on. We started at the ARC pit but decided to walk over the road to look for the drake Smew reported near Boulderwall Farmhouse. We didn't see it till later but my friend spotted a Glaucous Gull, the first one for Dunge this winter. It flew off in a southerly direction. Tree Sparrows were on the Boulderwall feeders. Back at the Hanson Hide a Bittern showed well in the sun on the far bank and 3 Goldeneye were noted. Returning to the main part of the reserve I  added Great White and Little Egret to my day list and 5 Smew were seen including the drake. The Long-eared Owl showed well behind the Dipping Pond. After lunch the news came through that the Glaucous Gull was present on the shore by the Fishing Boats. We hurried over and had prolonged close views of this Gull in bright light. Dengemarsh Road produced about 3 Marsh Harriers before we finished at the patch where 3 adult Little Gulls were seen. (Two Glaucous Gulls were reported at the Fishing Boats in the late afternoon.) 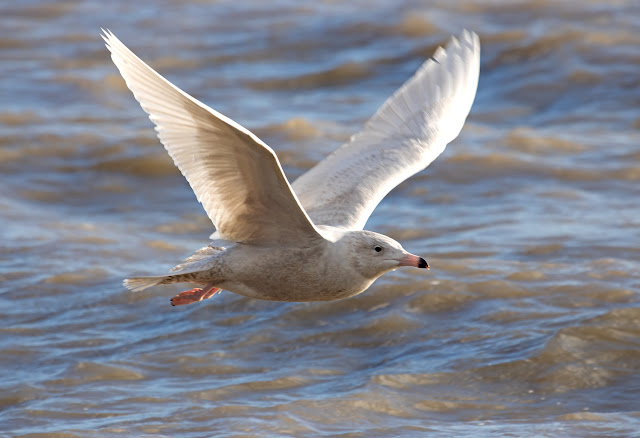 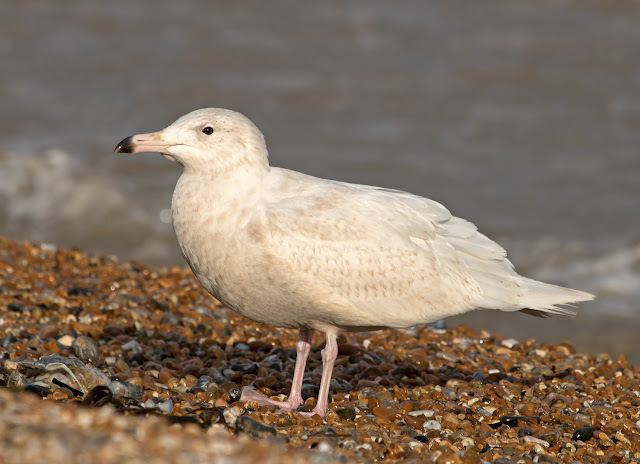 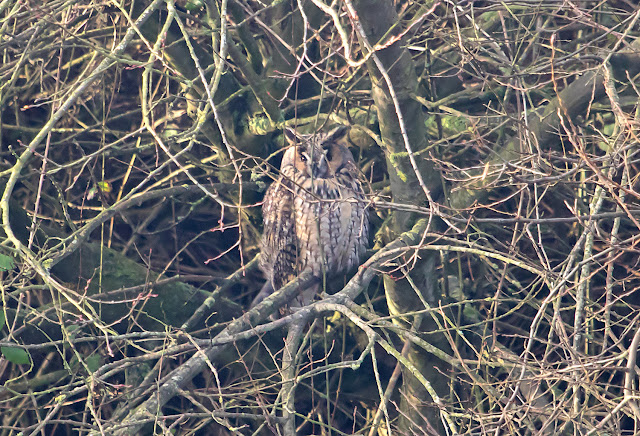 Posted by Boughton Moths at 20:42 No comments:

No moths yet this year. Tuesday afternoon I made a brief visit to Seasalter where 2 Short-eared Owls showed well from the Pumping House with a ringtail Hen Harrier there too. Today made my first visit of the year to windy Dungeness. A Peregrine showed well over the ARC pit. On the main part of the reserve we saw the Shag from the Dennis hide just before it flew-my first in Kent for 8 years. The Long-eared Owl was just about visible behind the Dipping Pond. We failed to see the Penduline Tit which had been seen earlier, but ticked off  3 Geat White Egrets, 5 Little Egrets, 1 or 2 Smew and a Kingfisher. Bird of the day however was the 1st Winter Caspian Gull which was lying low in the afternoon gale very close to the road near the Fishing Boats. 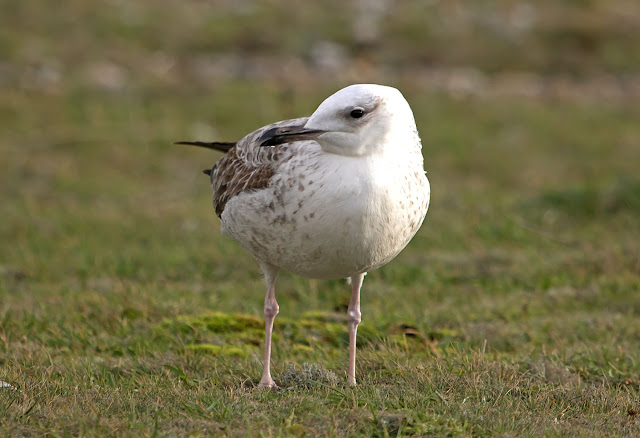 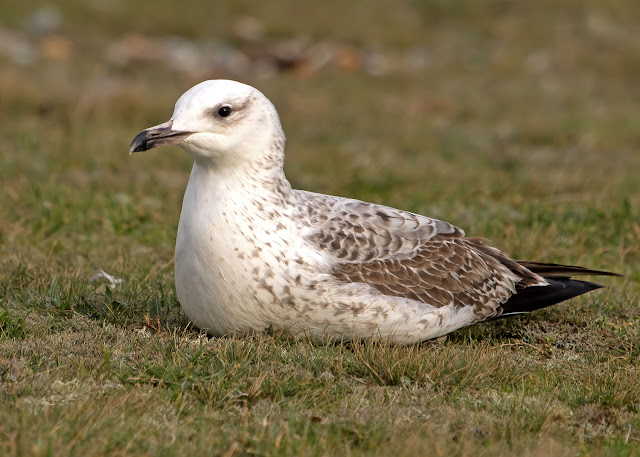 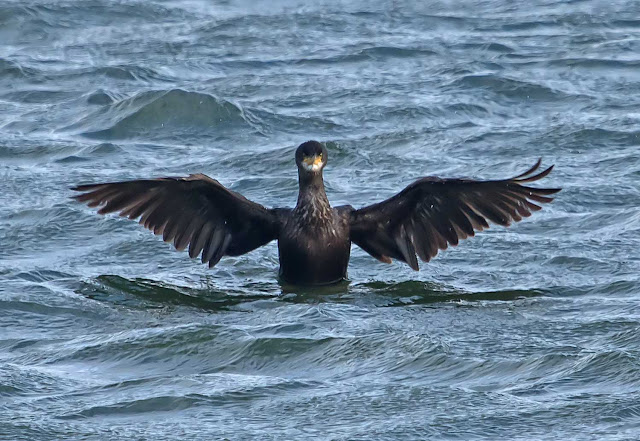 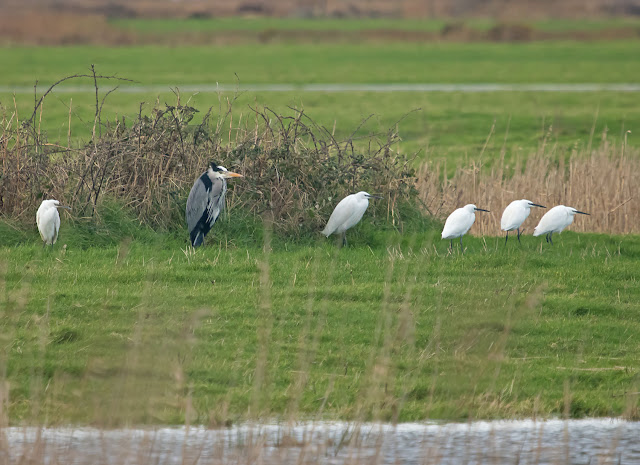 Carrying on from yesterday's post, 2015 was particularly good for new moth species, with 6 new Macros and 15 new Micros added to the garden list. Of these my favourites were the Barred Yellow which was found on the vanes of the trap on the morning of last day of June and the micro Dasycera oliviella which I plucked of the vanes the following evening. Further afield, success with a pheromone lure in Cornwall produced my first Emperor moths on the last day of April, and I was also pleased to come across my first Commophila aeneana near Boughton at Victory Wood on 28th May. 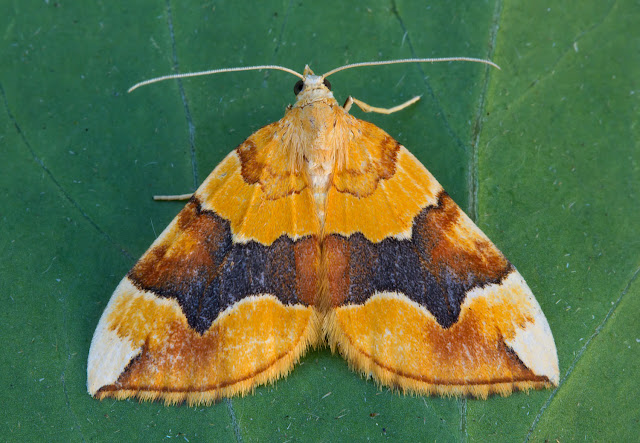 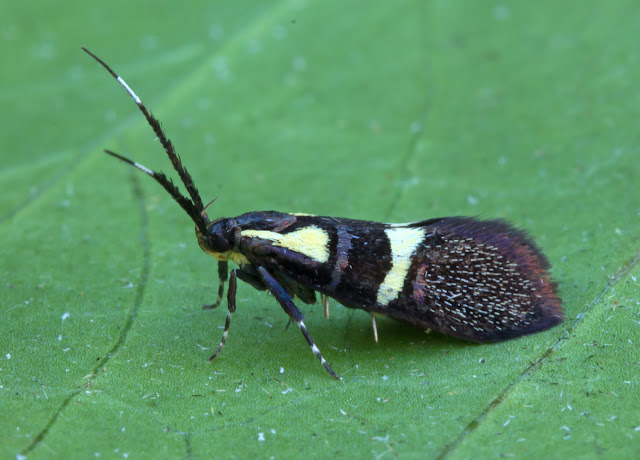 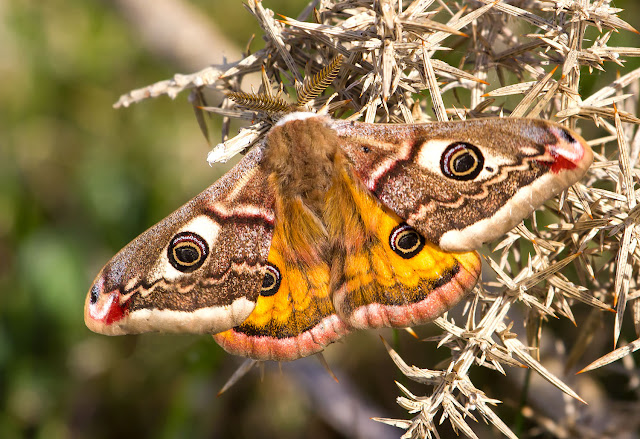 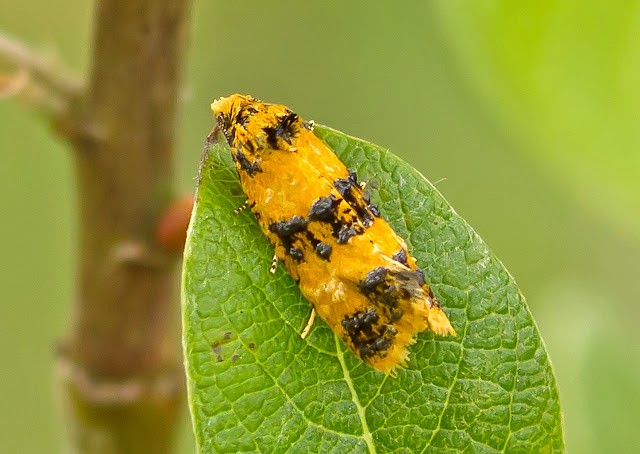 Posted by Boughton Moths at 20:23 No comments:


Well we've reached the end of another month and indeed the end of the year. December was very mild, during which I recorded 12 species of moth in the garden trap. Ten of these species have never been recorded in the month of December before. Overall the year was a good one, being my best ever in the number of different species recorded: 294 (186 macros & 108 micros), which comfortably beat my 2011 total of 283 (187 macros & 96 micros). The total number of moths trapped has recoverd a bit from the low totals of recent years, although this might be partly explained by my trapping slightly more often this year. However, despite the latter consideration, the overall number is still 29% down on the 2010 figure.

Posted by Boughton Moths at 10:26 No comments: