I spent the last 2 weeks of September visiting Calgary, Alberta-my forst trip abroad since the start of the pandemic. Here are a few pictures from Alberta-more will appear on my Flickr site. 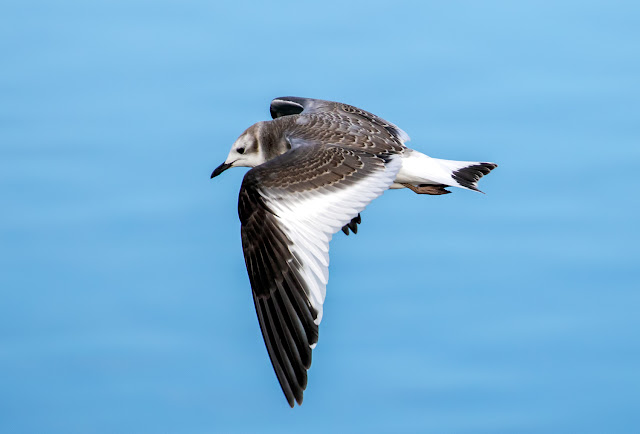 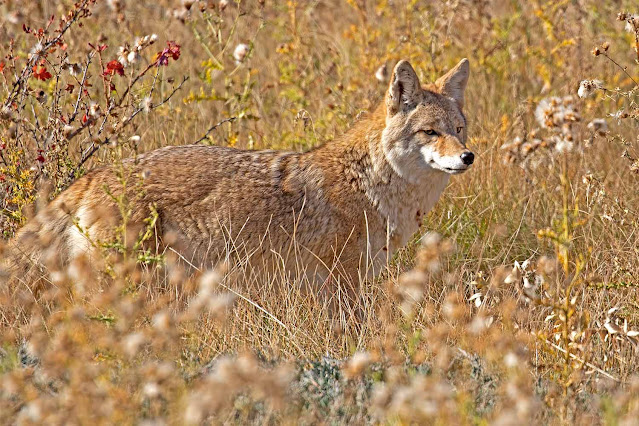 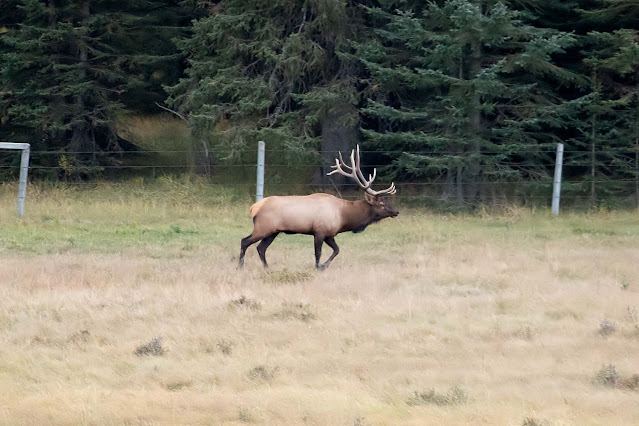 Posted by Boughton Moths at 20:27 No comments:

At the end of August the annual moth list stood at 323 species which was 53 short of the number at the same stage last year. However there have been a couple of garden firsts since my last post: Bordered Beauty and a couple of Gypsy Moths. A female Southern Hawker Dragonfly also turned up in the garden, and at Dungeness I saw my first Sickle-bearing Bush-cricket-a final instar (not quite an adult) and a Southern Oak Bush-cricket (Both courtesy of Dave Walker). 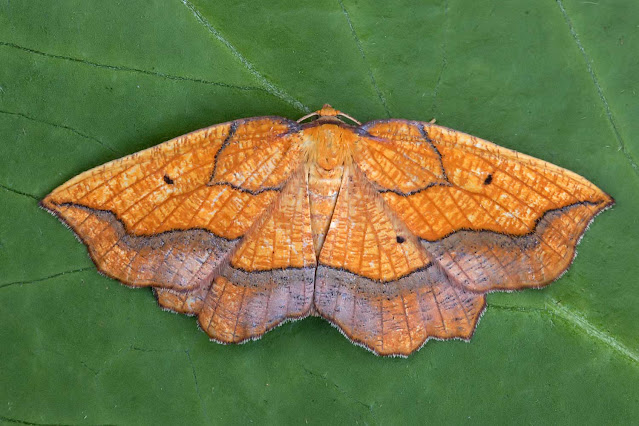 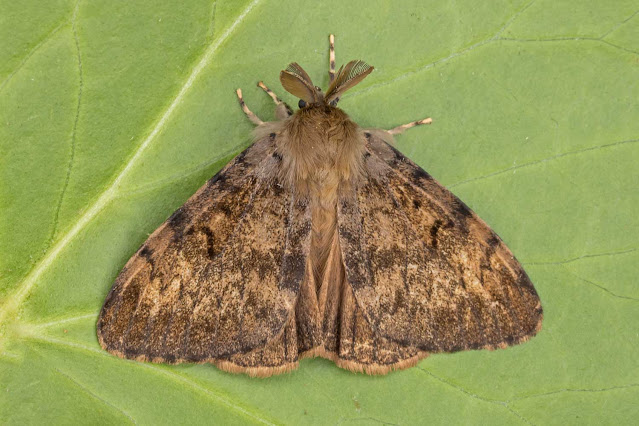 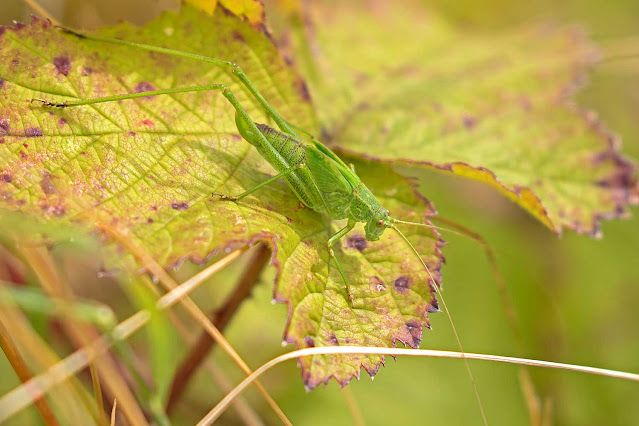 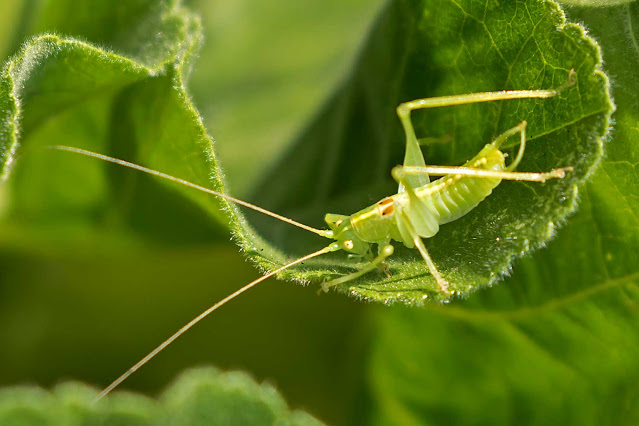 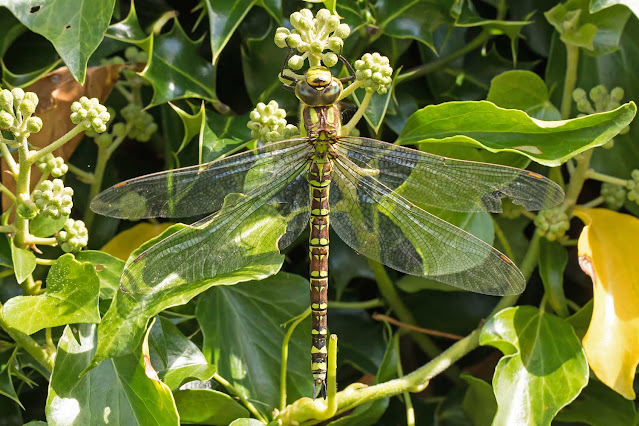 Posted by Boughton Moths at 22:52 No comments:

Interesting moths in the trap recently were: Bulrush Wainscot, which was new for the garden, my 2nd record of Lesser Spotted Pinion and Cydia amplana, and more Jersey Tigers. Further afield some Grass Snakes were showing well at Dan's Dock at Oare Marshes where they were hunting Froglets, and the Silver-washed Fritillary at North Bishopden Wood was much the closest to the village I've seen one. 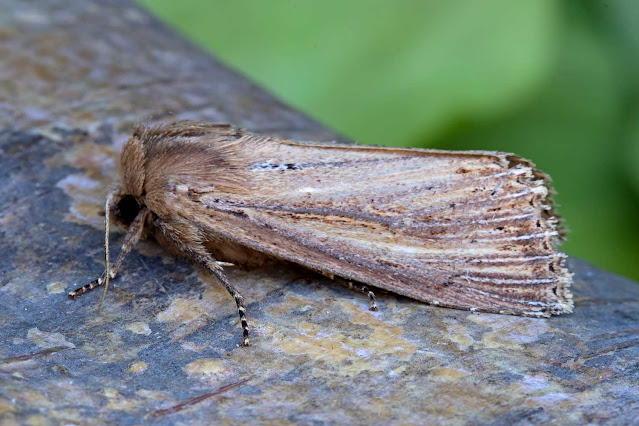 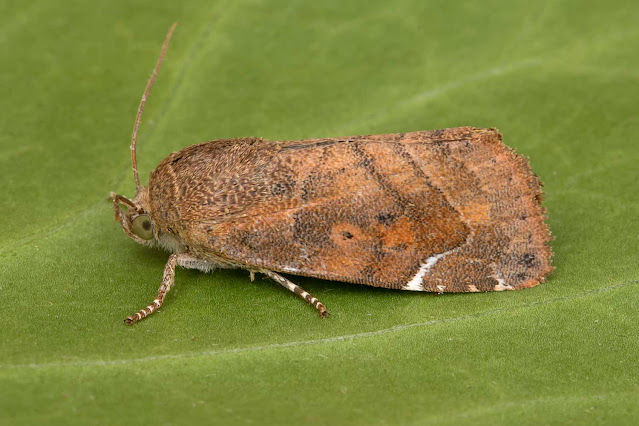 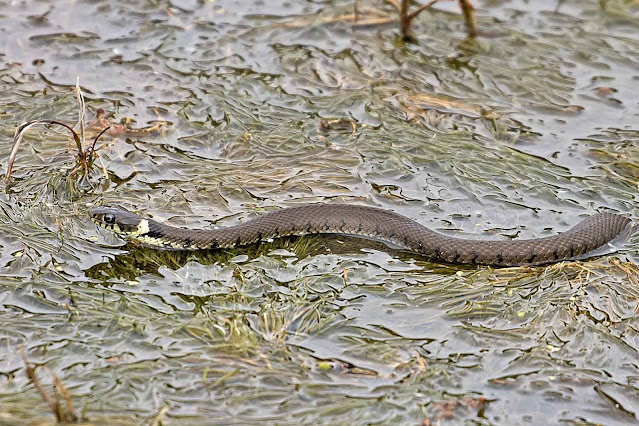 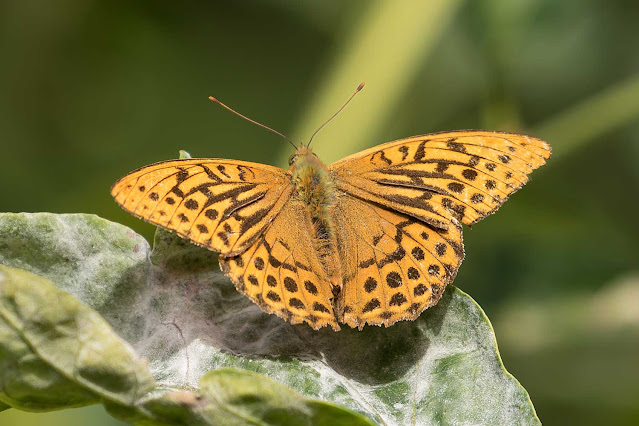 Posted by Boughton Moths at 10:21 No comments:

By the end of July the garden moth list had reached 283 for the year which is 45 less than at the same stage last year. Recent more interesting species have been Garden Tiger, which is a garden first after 22 years of trapping. Also the first Jersey Tiger of the year and the micro Recurvaria nanella which was new species for the garden list. At Dungeness a Great Green Bush-cricket showed well-a species I can no longer hear! 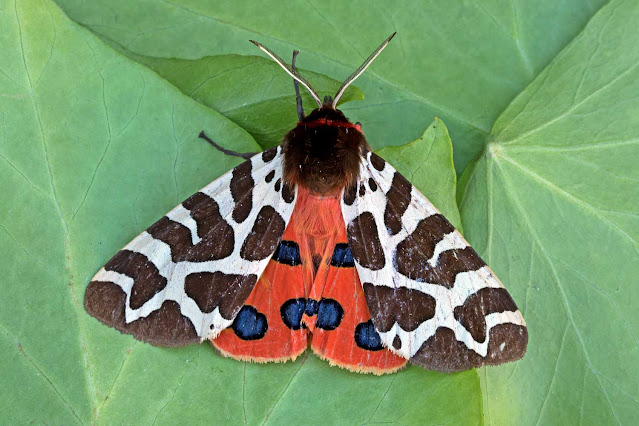 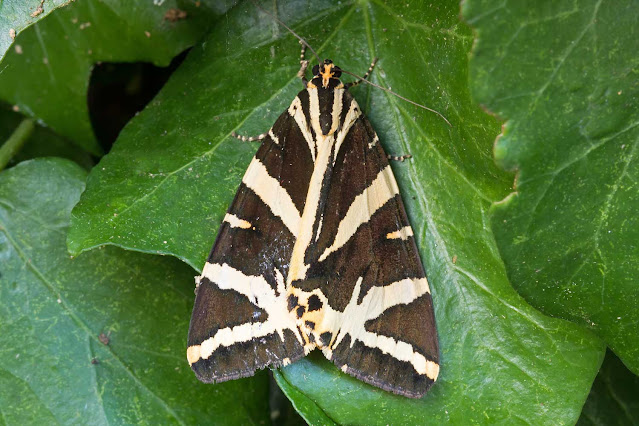 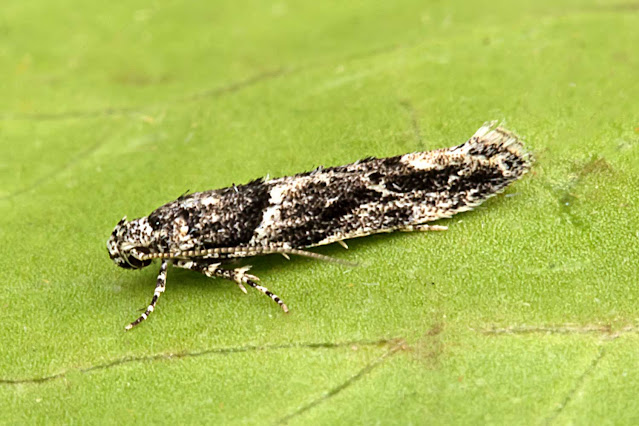 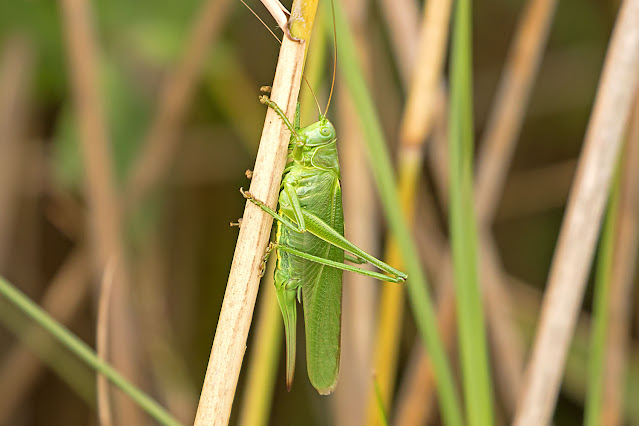 Posted by Boughton Moths at 15:17 No comments:

Moth trap not as good as usual for July and bird sightings almost non-existent. However, I've continued to try out various lures for Clearwing Moths. Much to my amazement I've managed to record 5 different species in my garden: Currant, Orange-tailed, Yellow-legged, Red-tipped, and Red-belted. I also got a decent photograph of the Lunar Hornet Moth aat Dungeness last week. Six-belted Clearwing was also seen there but not photographed. 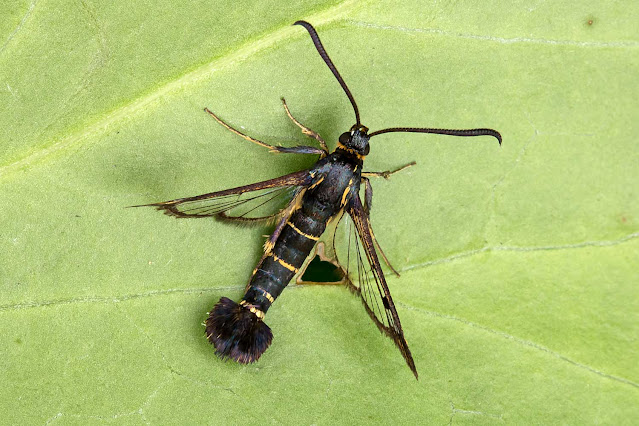 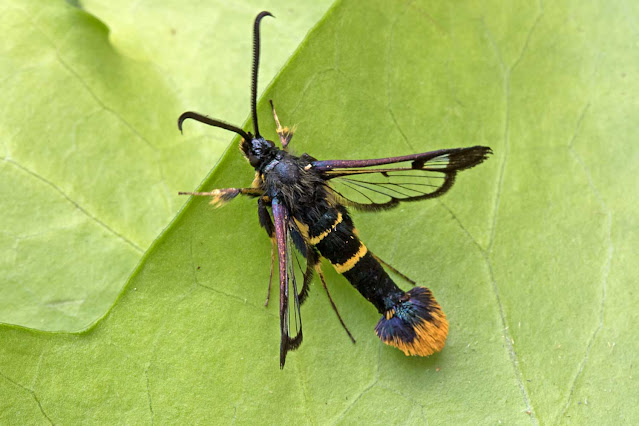 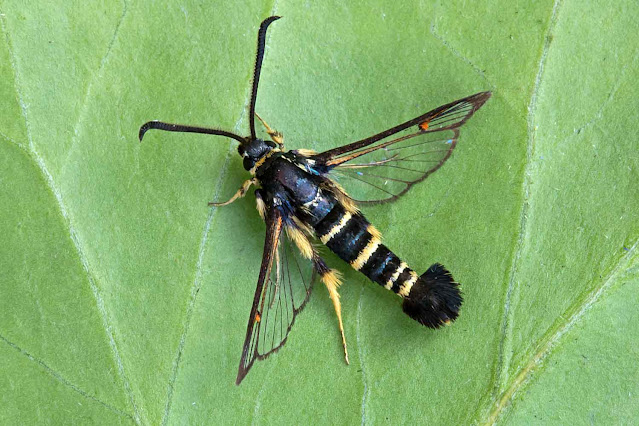 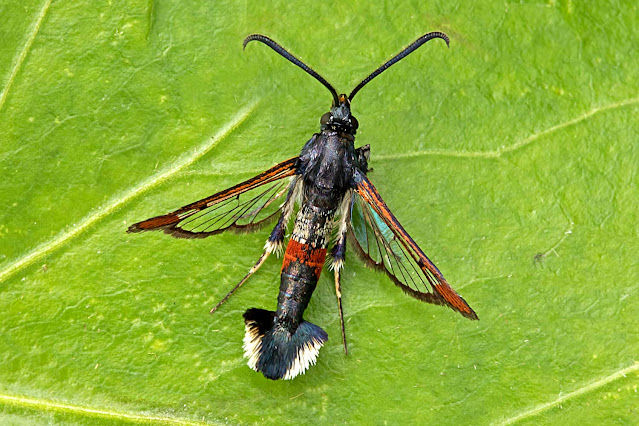 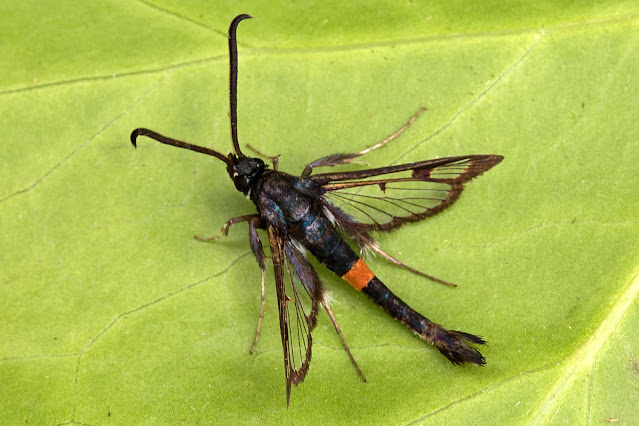 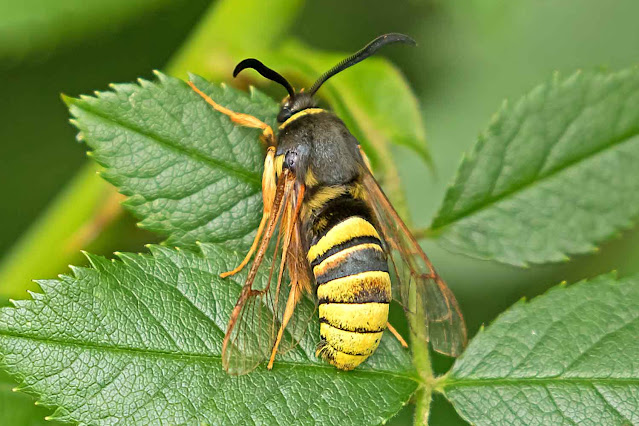 Posted by Boughton Moths at 13:53 No comments:

We've reached the half-way point in the year and up to the 30th June the moth trap has recorded 180 species which compares to 228 at the same point last year. I have also been trying out some pheromone lures to try for some Clearwing Moth species. The only one seen so far in the garden is the Orange-tailed Clearwing. Elsewhere the Hornet Moth was seen at its usual site near Faversham. The Heath Fritillaries seem to be doing well in the Blean Woods. Also new for the garden this week was the Rosy Marbled. 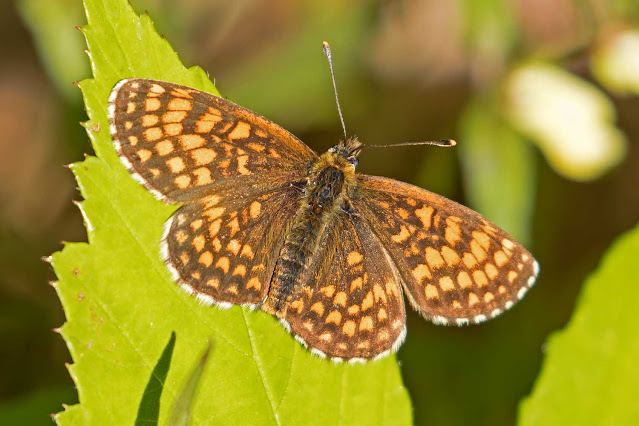 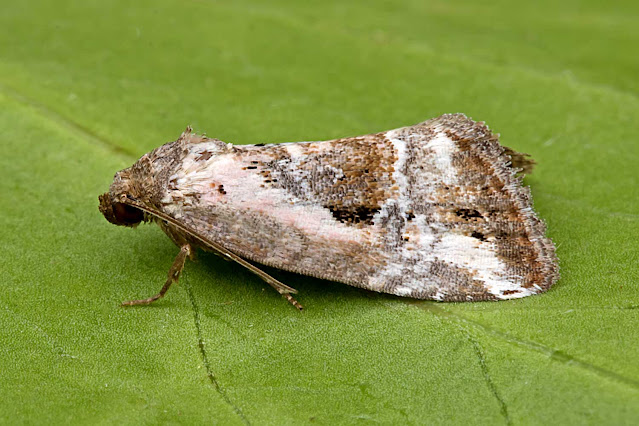 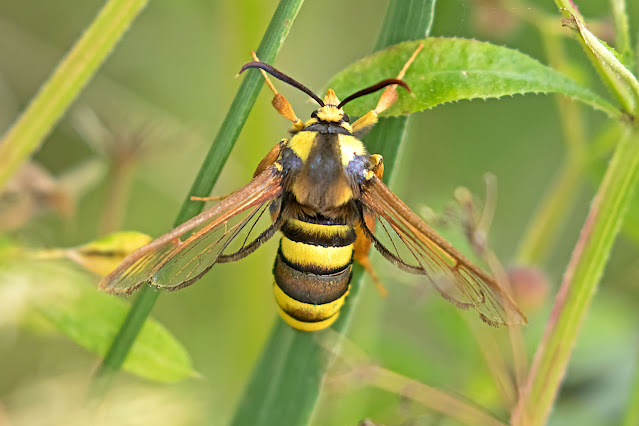 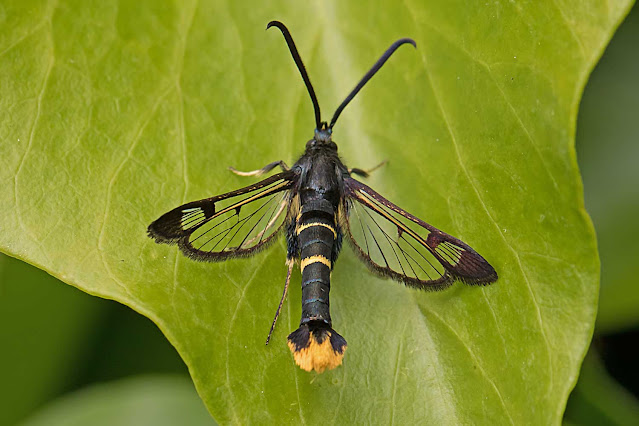 Posted by Boughton Moths at 11:04 No comments:

Had an interesting Butterfly Conservation walk last Saturday at Crundale where the main target species was the Black-veined Moth and about a dozen were seen. Other species were: Mother Shipton, Burnett Companion, Duke of Burgundy Butterflies, Green Hairstreaks and Dingy Skippers. Bee, Man and Pyramidical Orchids were also noted. The moth trap has got going with 2 new macro species for the garden: Cream Wave and Poplar Lutestring. The Campion and Barred Yellow were also good records for me. 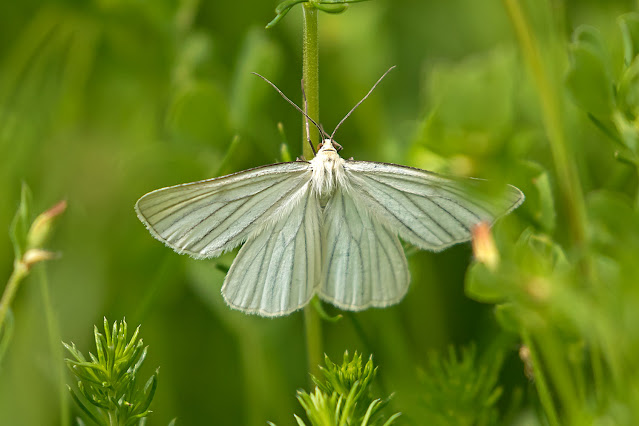 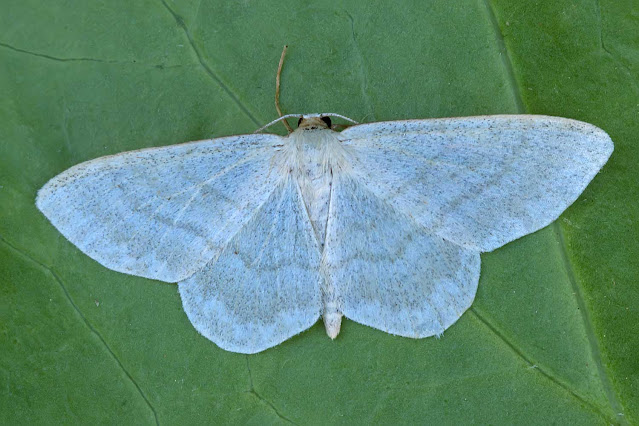 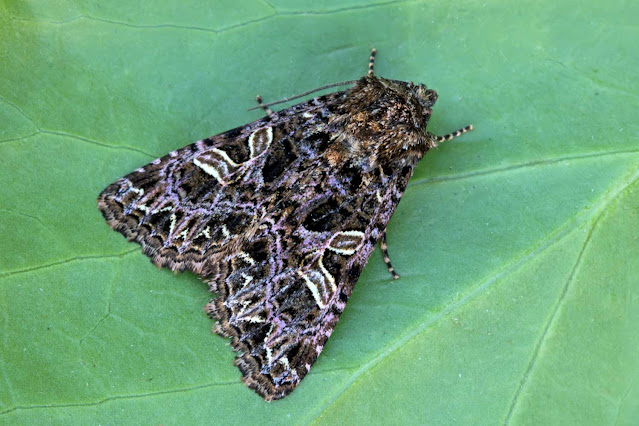 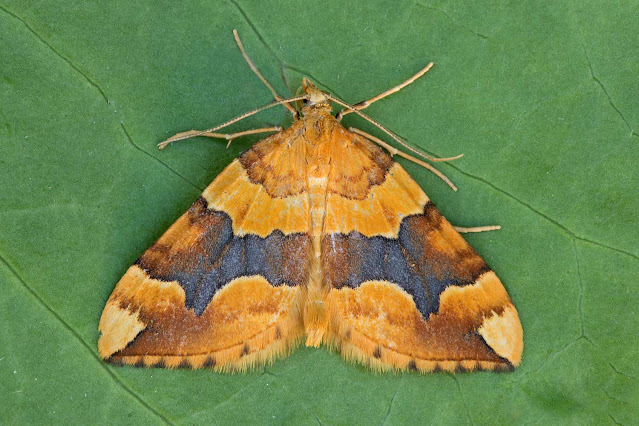 Posted by Boughton Moths at 11:29 No comments: