The trap continues to produce new species for me with the "very local" Ethmia quadrillella this morning and a Lobster Moth a couple of days ago. I've also had my 4th record of Peach Blossom. 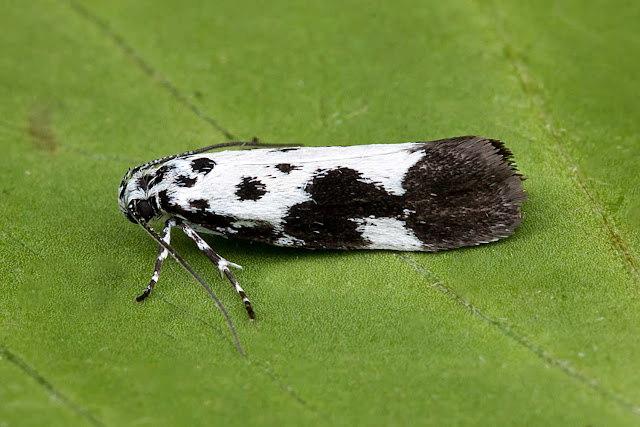 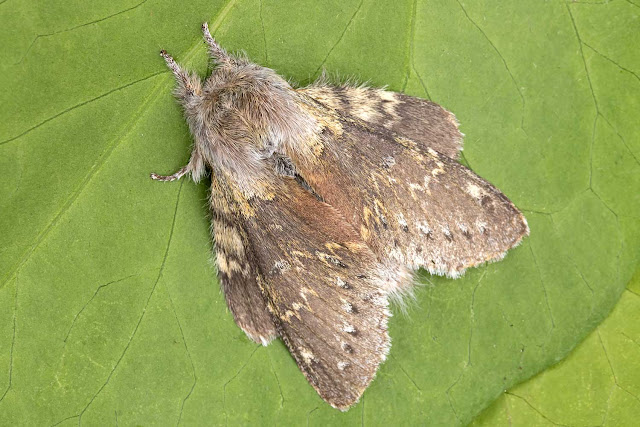 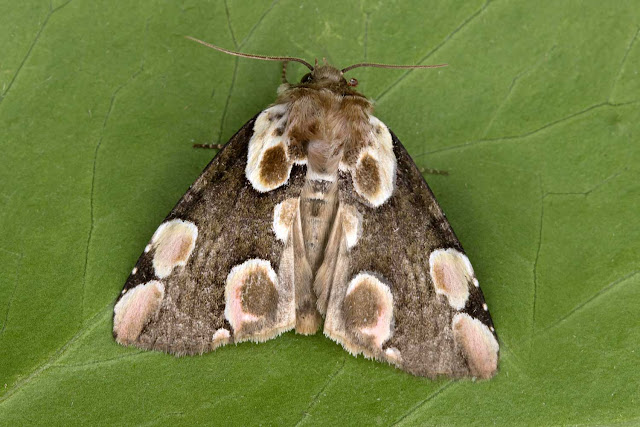 Posted by Boughton Moths at 10:27 No comments:

The moth trap has been quite variable lately with a run of cold nights interrupting a run of good nights. This morning a Lunar Spotted Pinion was new for my garden list. A Yarrow Pug was also new recently plus a number of micros. I have had some success with attracting the day-flying clearwing moths using pheremone lures. In addition to the Six-belted Clearwings mentioned in an earlier post,  the Hornet Moths were still near Luddenham as in the last few years. However, a new lure for the closely related Lunar Hornet Moths has been produced and has proved successful at 2 sites in the Dungeness area, plus locally in Boughton and in a friend's garden in Selling. 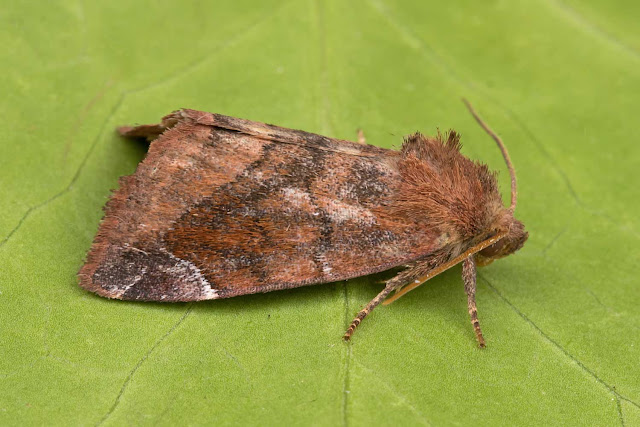 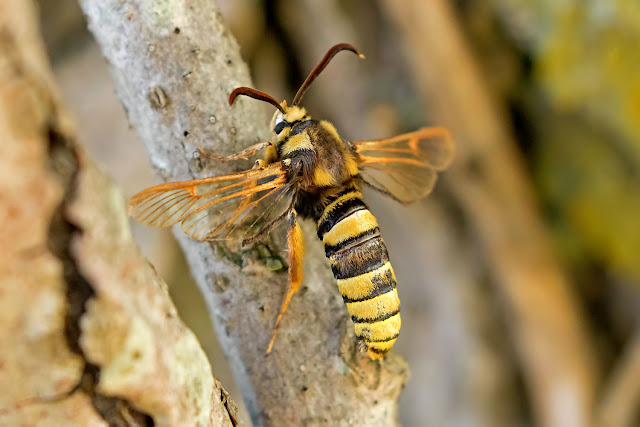 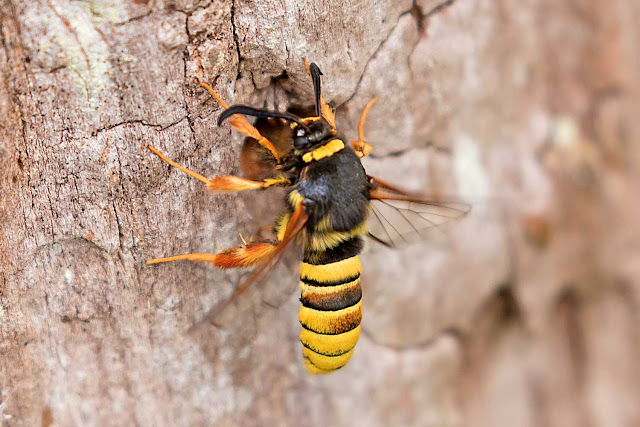 Posted by Boughton Moths at 15:05 No comments:

I thought I'd post some bird phootgraphs from the last 10 days. At Dungeness last week we came across a very confiding juvenile cuckoo in the Bird Observatory trapping area. The long staying Black-winged Stilt was on the ARC pit then and again today. For the second year a Lesser Yellowlegs has appeared at Oare Marshes. Great White Egrets are still around at Dungeness and a Stonechat family are in the bushes near the Old Lighthouse there. 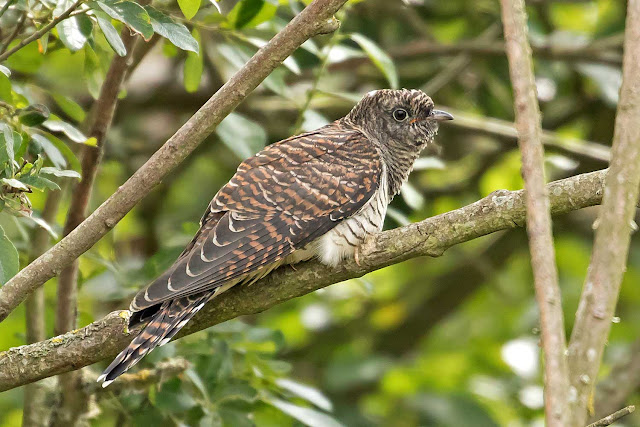 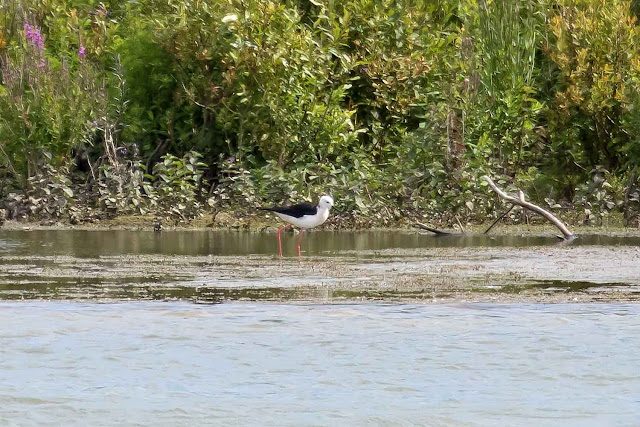 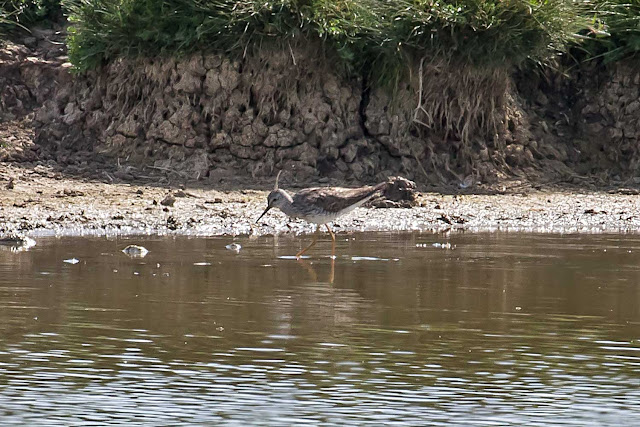 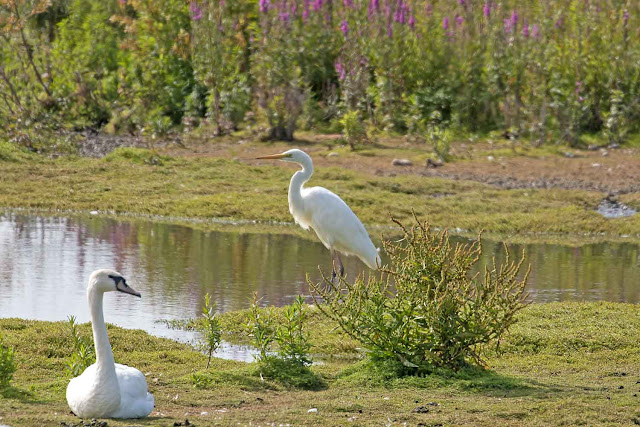 Posted by Boughton Moths at 22:14 No comments:

We've reached the end of another month and the half-way stage throught the year. The moth list stands at 228 for the first 6 months which compares to 191 at the same stage last year. The long sunny dry spring has obviously had an effect. Best recent catch was from the night of 26th June which produced 3 new micro species for the garden list (Scoparia basistrigalis, Batrachedra pinicolella, Aproaerema anthyllidella), plus another (Mompha ochraceela) which I only recorded for the first time last year. Pictures below: 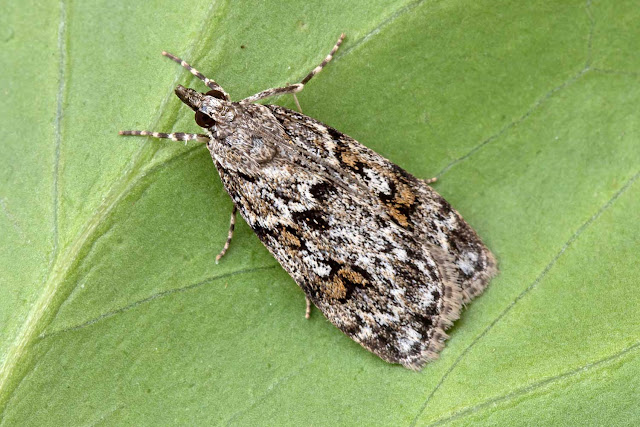 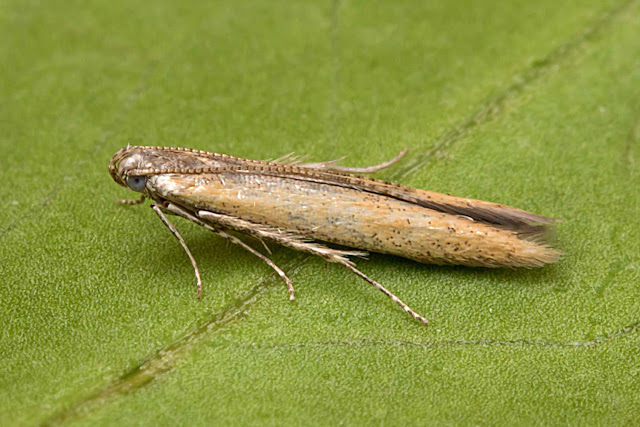 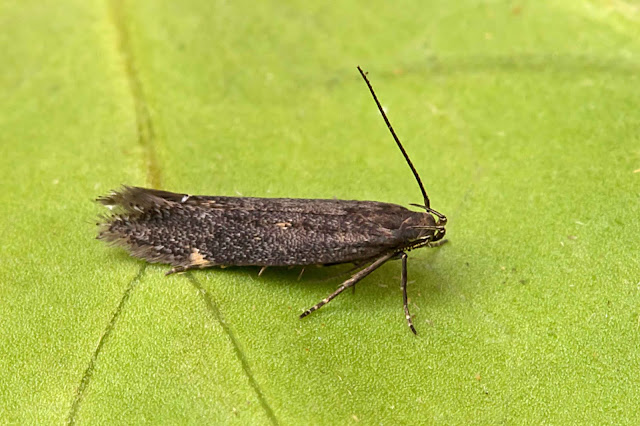 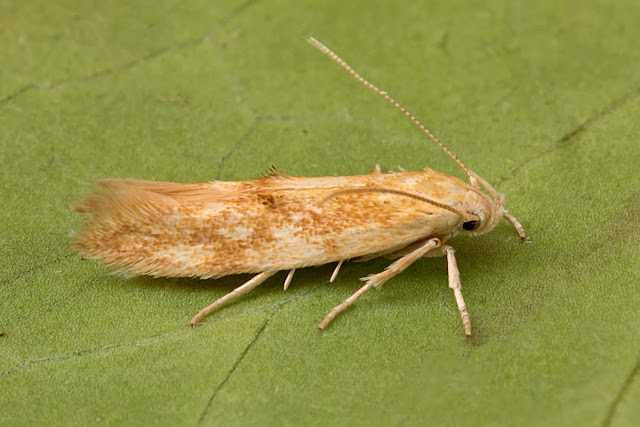 Posted by Boughton Moths at 11:33 No comments: