Drove down to Chilham this afternoon to try to see the Great Grey Shrike  It immediately started to rain when I arrived, so I sat in the car in the sports centre car park for 30 minutes or so till it eased off and stopped. I then walked up the road with 2 others to the little bridge. No sign of course and after about 40 minutes or so we decided to call it a day. I returned to the car and drove back down Branch Road again where lo and behold the Shrike was perched in a bush beside the road. It then flew on to some wires and I took a quick snap in the deep gloom before driving around back to the car park. I retuned to the scene where it had flown to a more distant bush. After about 10 minutes it disappeared again in the gathering dusk at about 15.30. 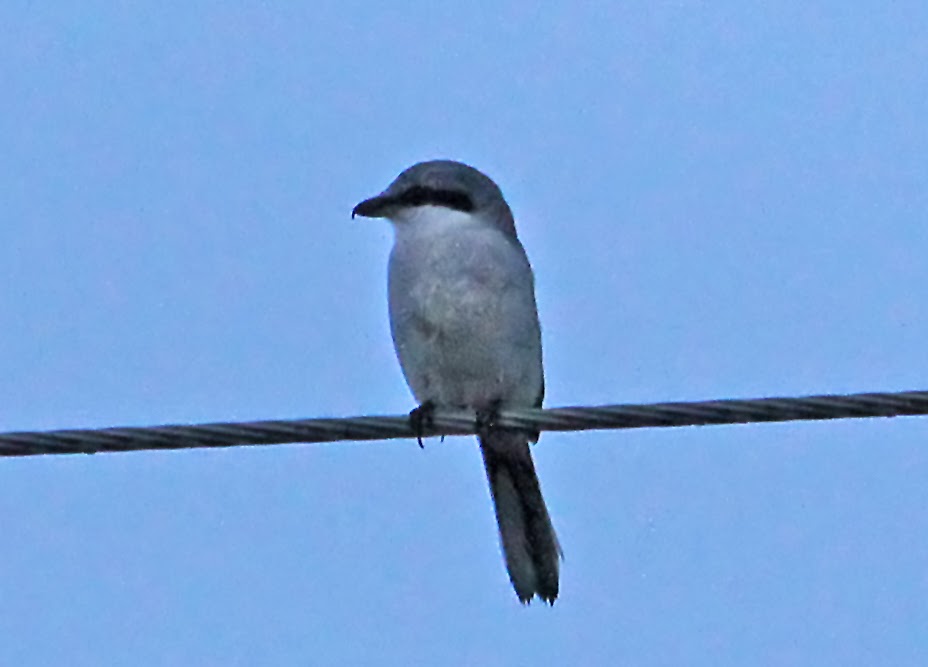 Made the weekly trip to Dunge today. As usual we started at the ARC where a Smew, 2 Slavonian Grebes and a Goldeneye were seen from the Hanson Hide, and a Water Rail shot across the path on the Willow Trail. A Great White Egret was at the other end of the Pit. From the fishing boats there was a steady flow of Gannets and Kittiwakes, but the highlight was when AP picked out 2 fairly distant Leach's Petrels. They appeared to land on the sea and weren't seen again. These were my first since 2003 at Reculver. After lunch we had a good view of a Bittern in flight from the Dengemarsh Road. A Black Redstart was on one of the Turkey sheds and 2 Egyptian Geese could also be seen from the road. We then drove to the visitor centre and saw 5 Great White Egrets, 4 Little Egrets and a Grey Heron from the Makepeace Hide. A Cattle Egret with cows in the first hayfield made 5 Heron species for the day. We returned to the Scott hide where 2 Little Gulls flew past and a Ruddy Duck could be seen. There were also 3 Yellow-legged Gulls on Burrows. 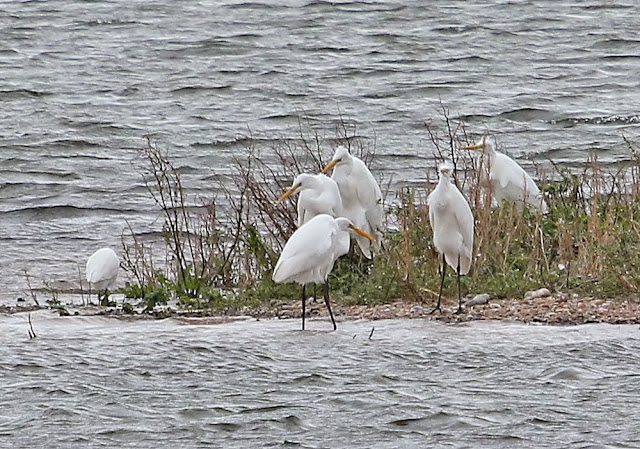 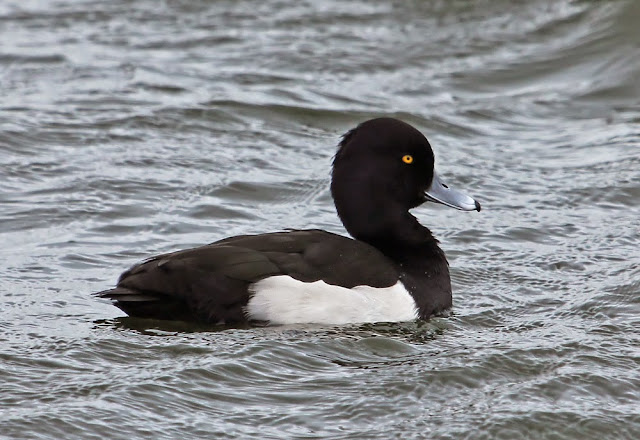 No moths to report. Back to Reculver this morning where the Desert Wheatear was performing well near the Oyster Farm with a Black Redstart for company. Further down near Coldharbour Lagoon I briefly caught up with the Shorelark which was somewhat flighty. Two Snow Buntings were in the same area. 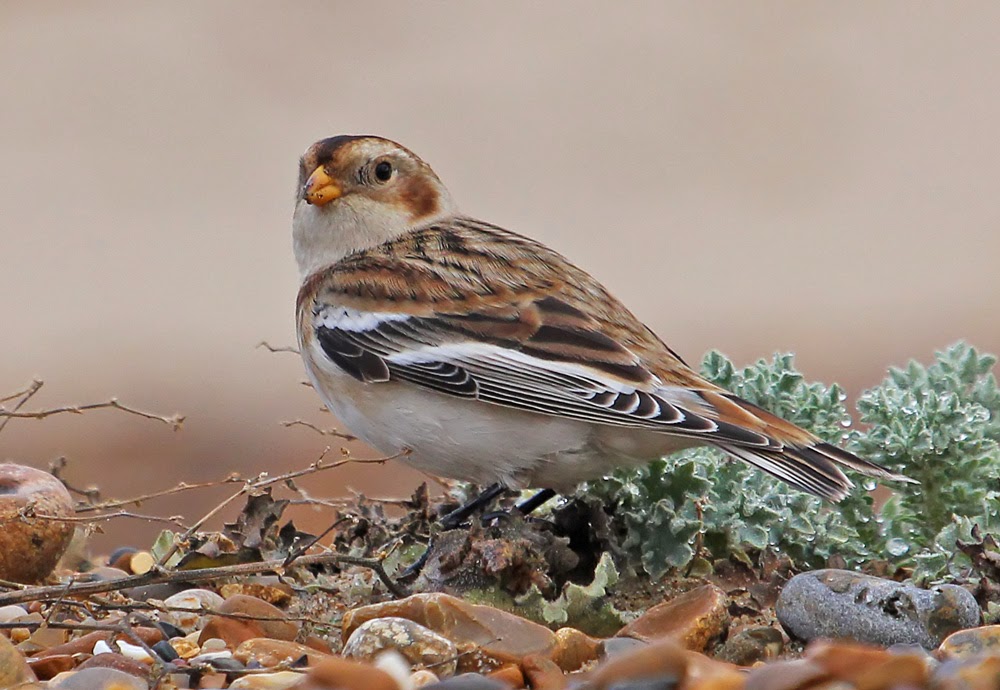 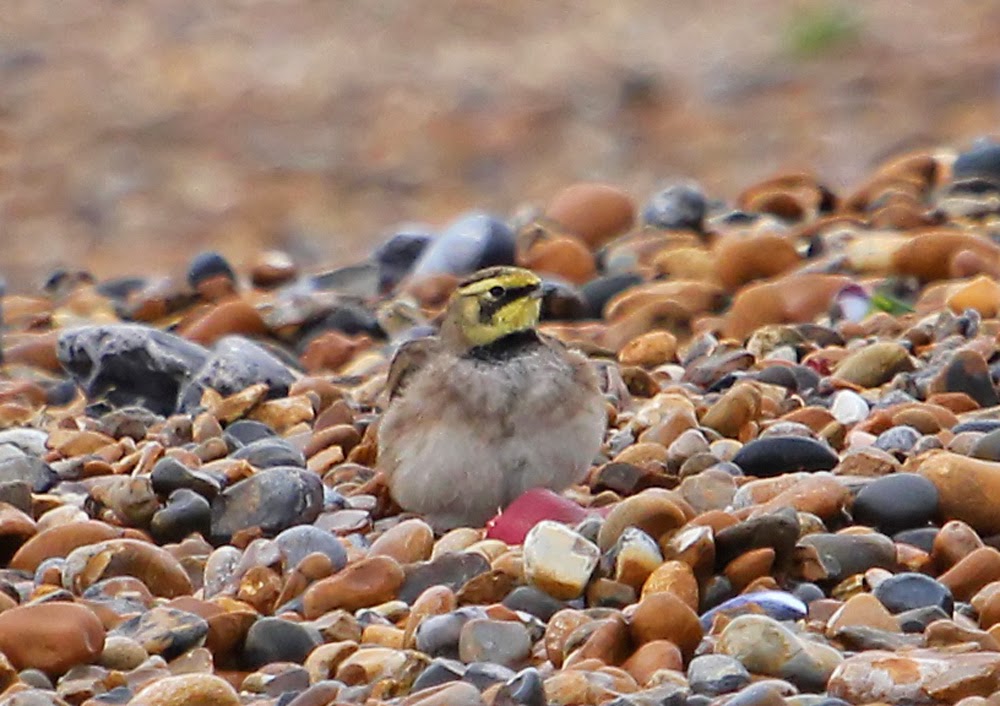 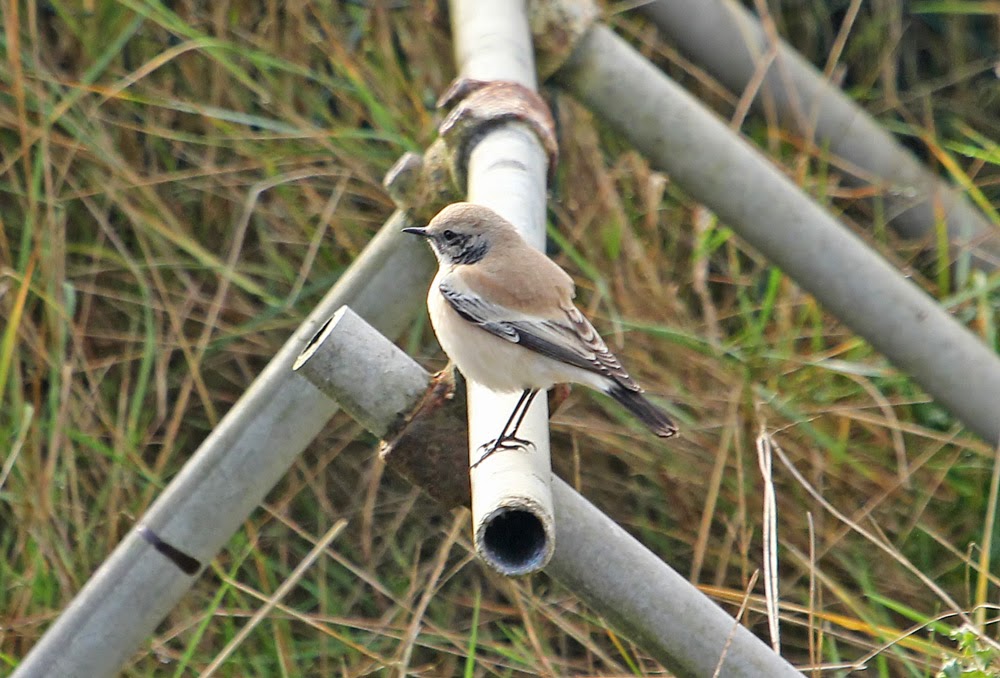 Posted by Boughton Moths at 19:04 No comments:

No moths to report. Yesterday I made my weekly trip to Dunge. Unfortunately we started the day off by missing the Red-rumped Swallow in the time it took us to drve from the ARC Pit to the Observatory. We did see a Black Redstart by the Power Station. On the sea we saw a couple of Red-breasted Mergansers and a Red-throated Diver. After lunch things picked up a bit with 4 or 5 Great White Egrets around the reserve with a Black-necked Grebe, Yellow-legged Gull and Kingfisher. The 2 Cattle  Egrets were viewable with cows along the Dengemarsh Road. It hadn't escaped my attention that a Desert Wheatear was found at Reculver during the day, so this morning, when the rain finally stopped, I headed off there, and was pleased to find the Desert Wheatear posing nicely at the start of the seawall just East of the Towers. I did have a look for the Shorelark but couldn't find it. Another trip may be needed then. 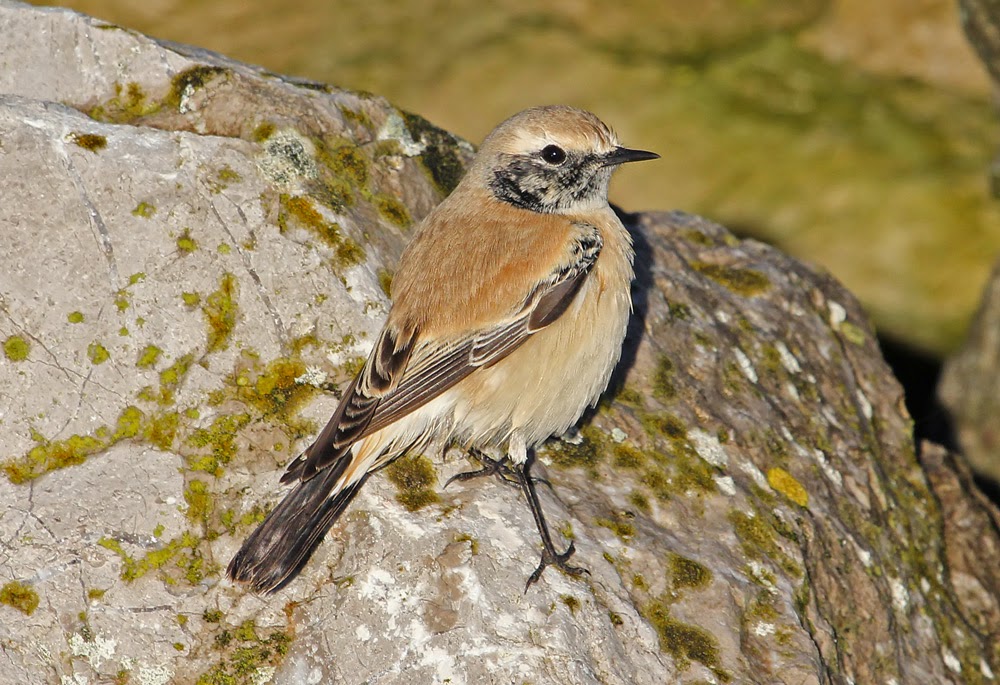 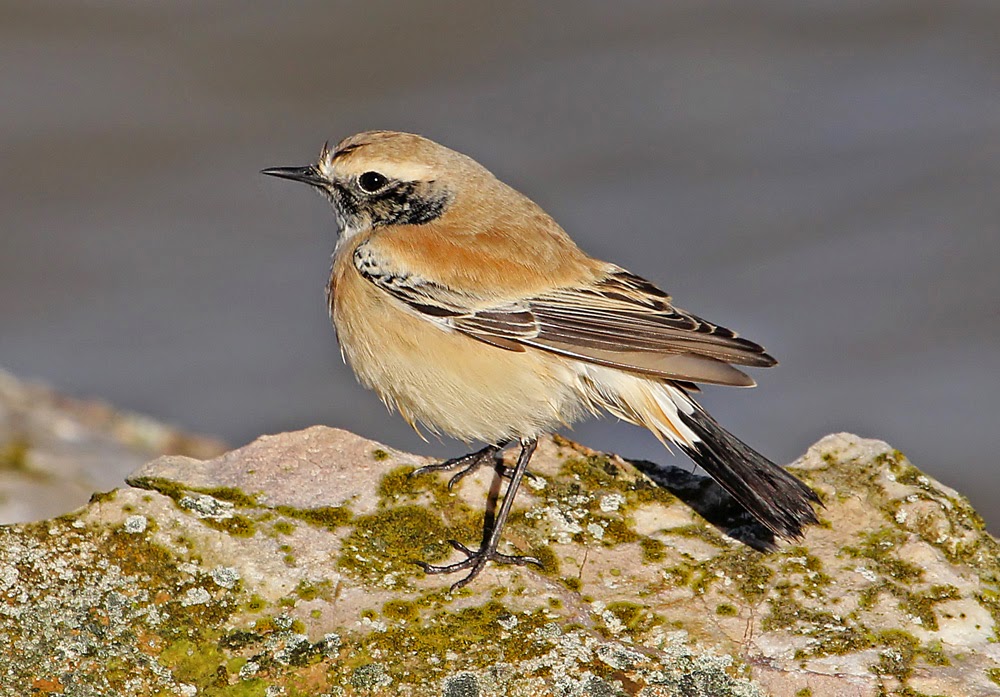 Posted by Boughton Moths at 20:31 No comments:

Nothing in the trap this morning. After lunch, with a break in the rain, I was tempted to try to photograph the Lapland Bunting seen at Swalecliffe over the last couple of days. When I arrived it started raining again of course, but it did leave off for a while to enable me to take a few pictures of this very confiding bird. 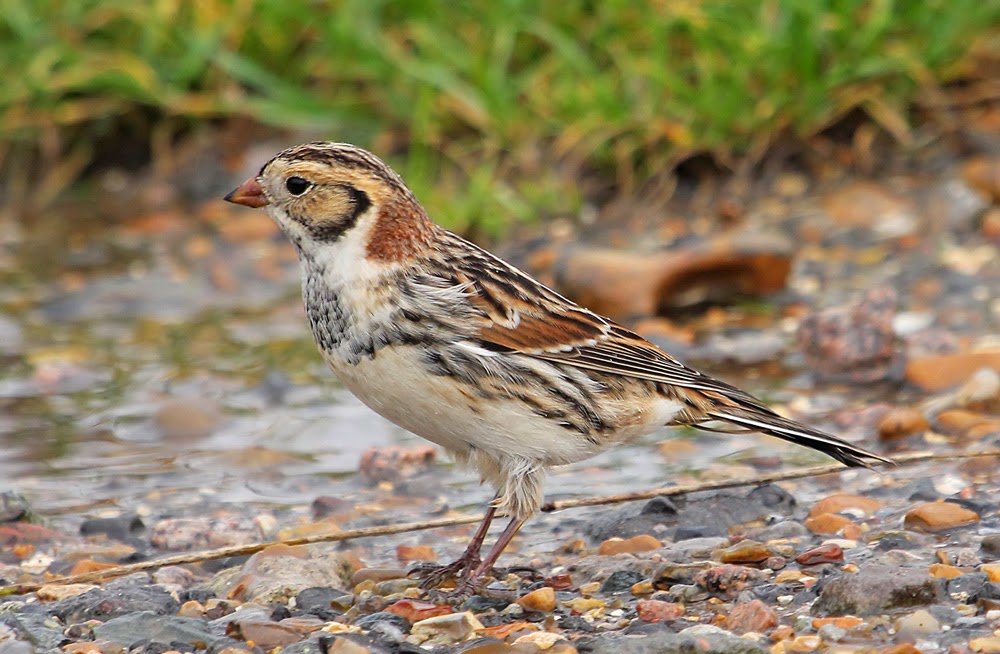 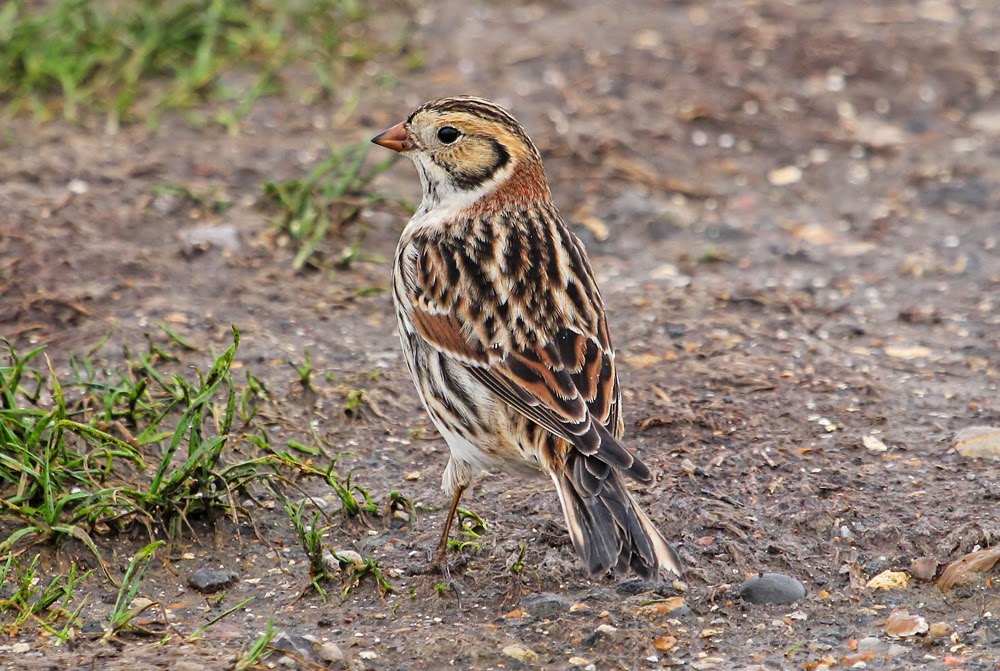 Posted by Boughton Moths at 20:33 No comments:

Well we've reached the end of another month. It turned out that October was much better than September for moths with 13 new macros for the year compared to just 2 the previous moth. The best records for me were the 3 Merveille du Jour (just 1 previous record in 2010), and 2 Grey Shoulder-knot (1 previous record in 2000). Year totals now 163 macros (157 at this stage last year), and 106 micros (96 last year).

2nd Grey Shoulder-knot of the month on 31 October. 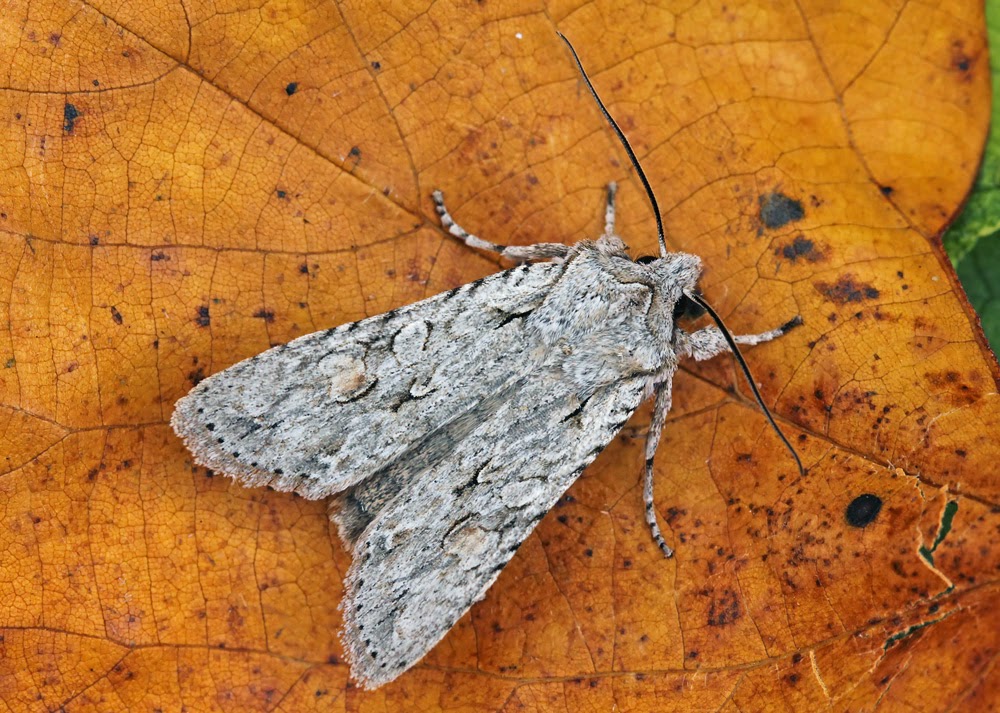 Posted by Boughton Moths at 09:49 No comments: