Had a slow day at Dunge today in dull & misty weather. I did see my first Whitethroats of the year plus a few species which were only heard: Lesser Whitethroat, Greenshank and Whimbrel. Had nice views of some Bearded Tits on the RSPB Reserve. Also my first Small Coppers of the year and my second ever Yellow Belle moth near the Old Lighthouse. 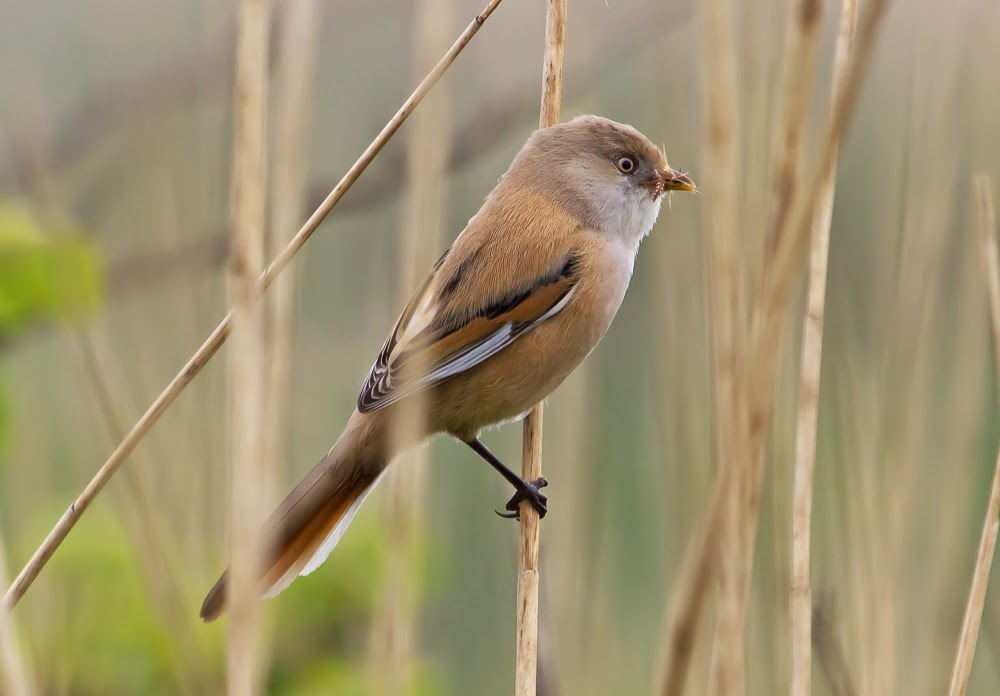 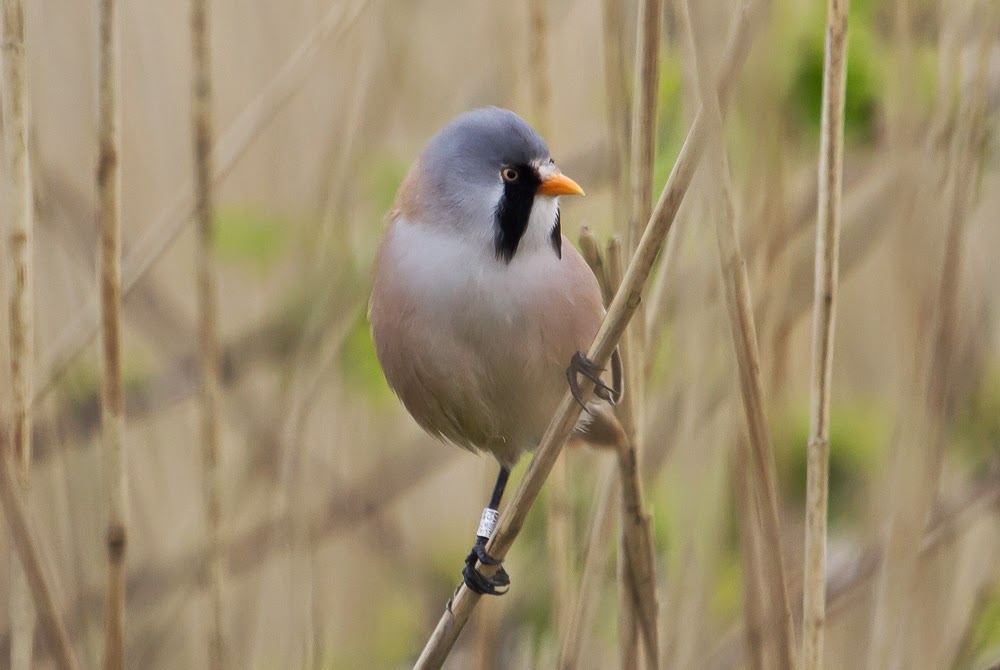 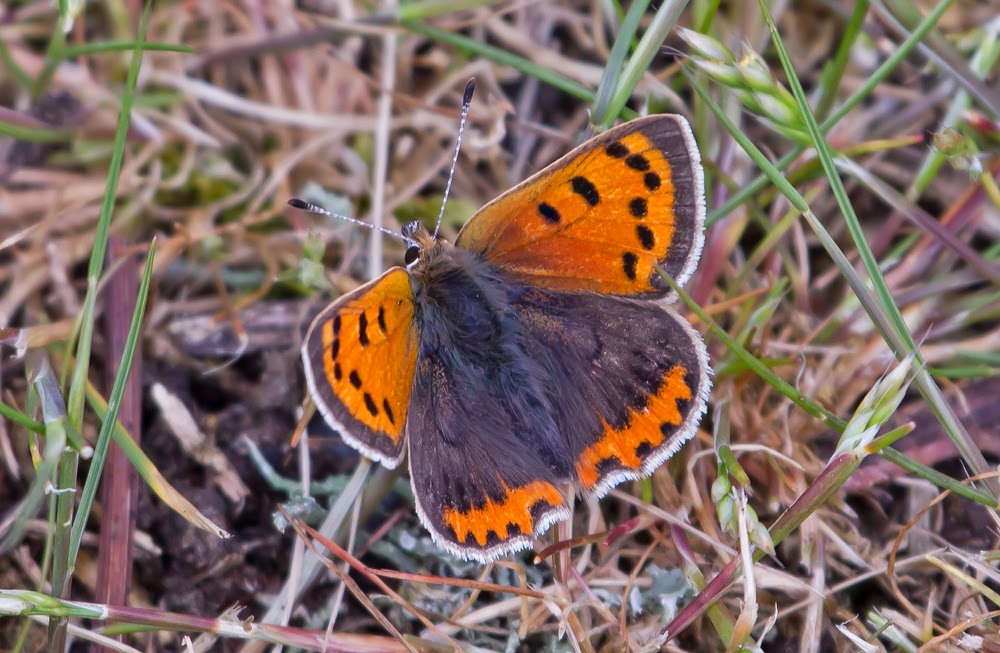 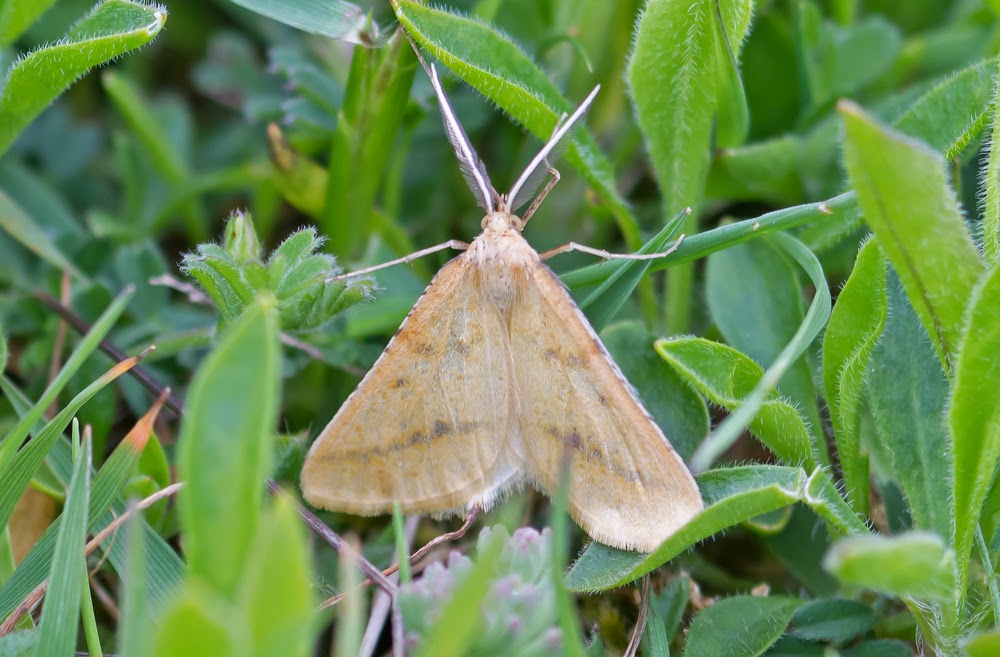 Posted by Boughton Moths at 21:44 No comments:

Since my last post a run of cold nights followed by a very wet one meant not much to report. However, there was the first Flame Shoulder and Shuttle-shaped Dart of the year in that period. This morning a mild and less wet night produced 6 moths of 6 species including: Red Twin-spot Carpet, Pale Mottled Willow and Small Phoenix, which were all new for the year. 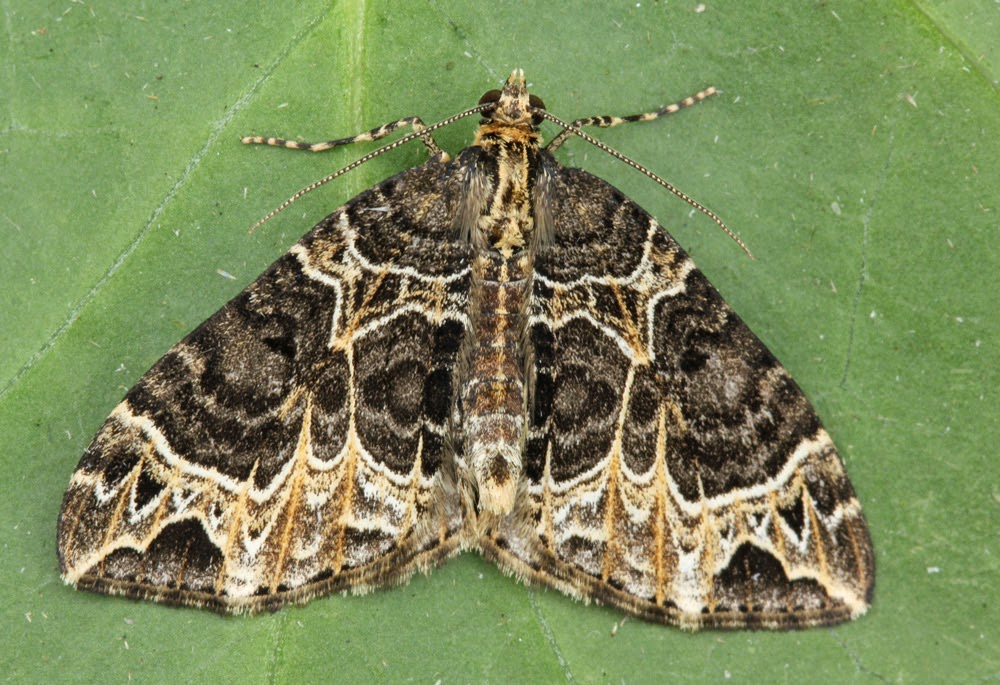 Posted by Boughton Moths at 10:31 No comments:

A milder start to last night meant 7 moths of 4 species this morning in the trap, with 3 species: Esperia sulphurella, Bee Moth and Currant Pug new for the year. The latter was my earliest ever. 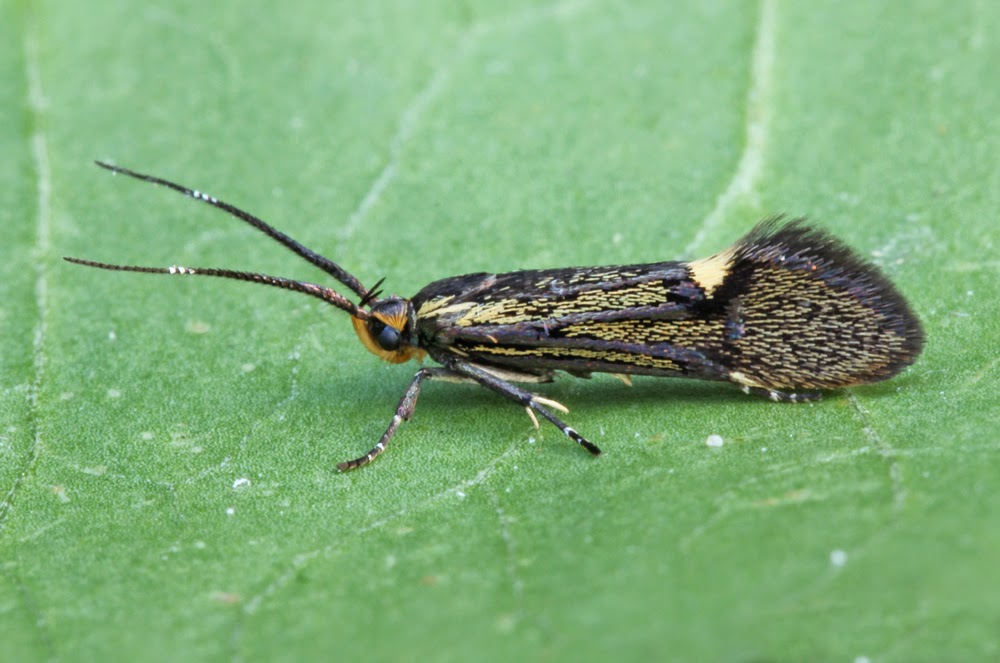 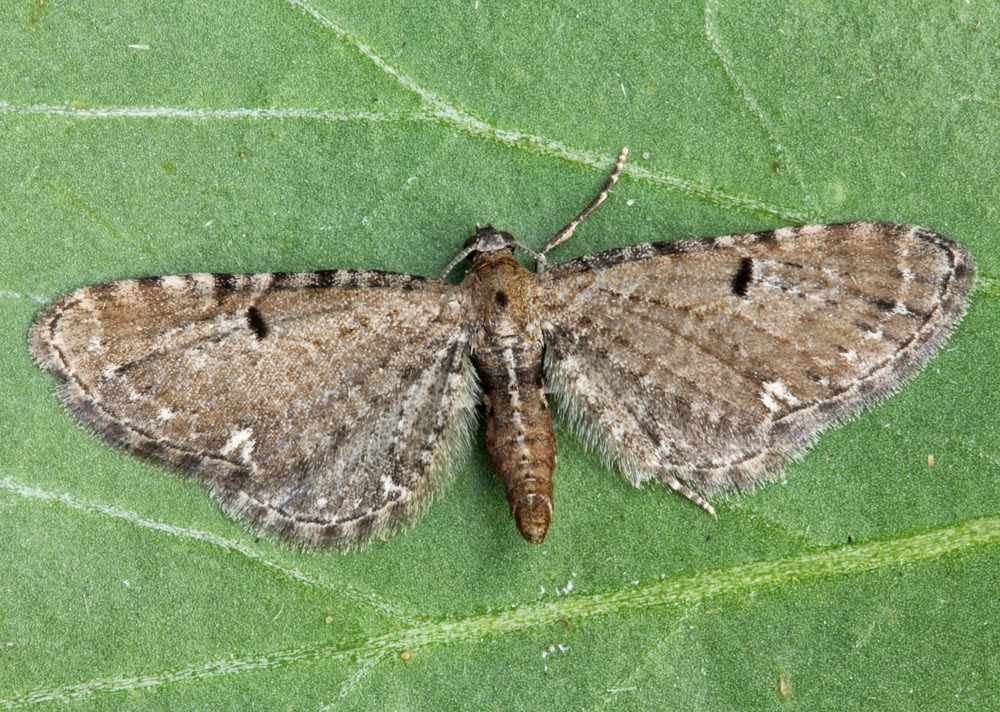 Posted by Boughton Moths at 20:16 No comments:

With a low of 1.5c last night I expecting another empty trap but was surprised to find 1 Muslin Moth, which was new for the year. Holly Blues now regular in the garden with both species of Bee-fly. 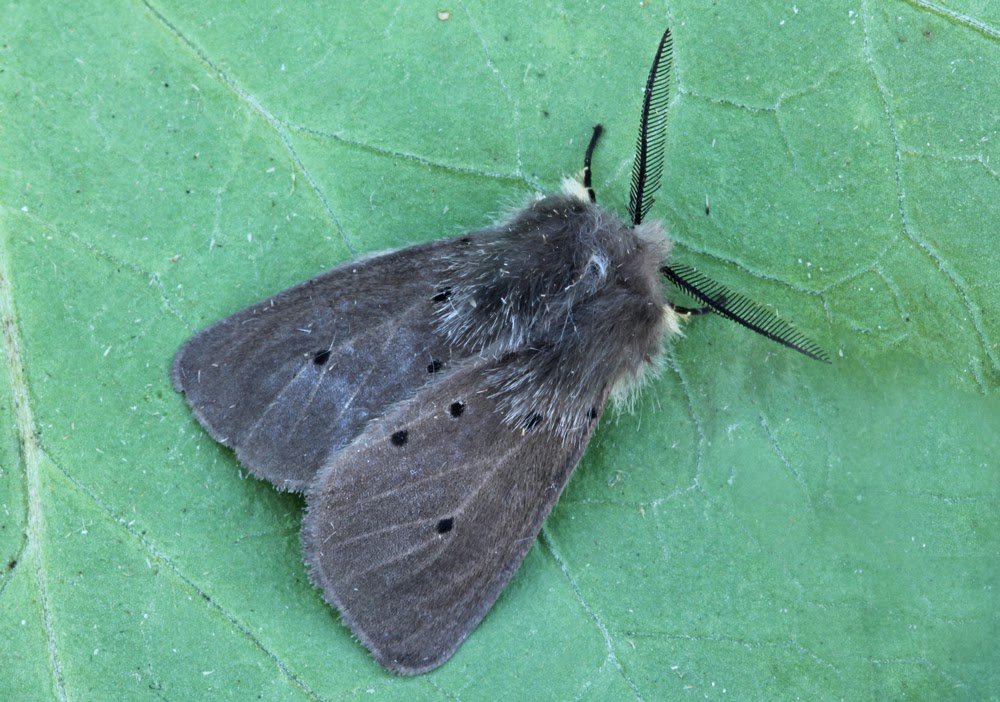 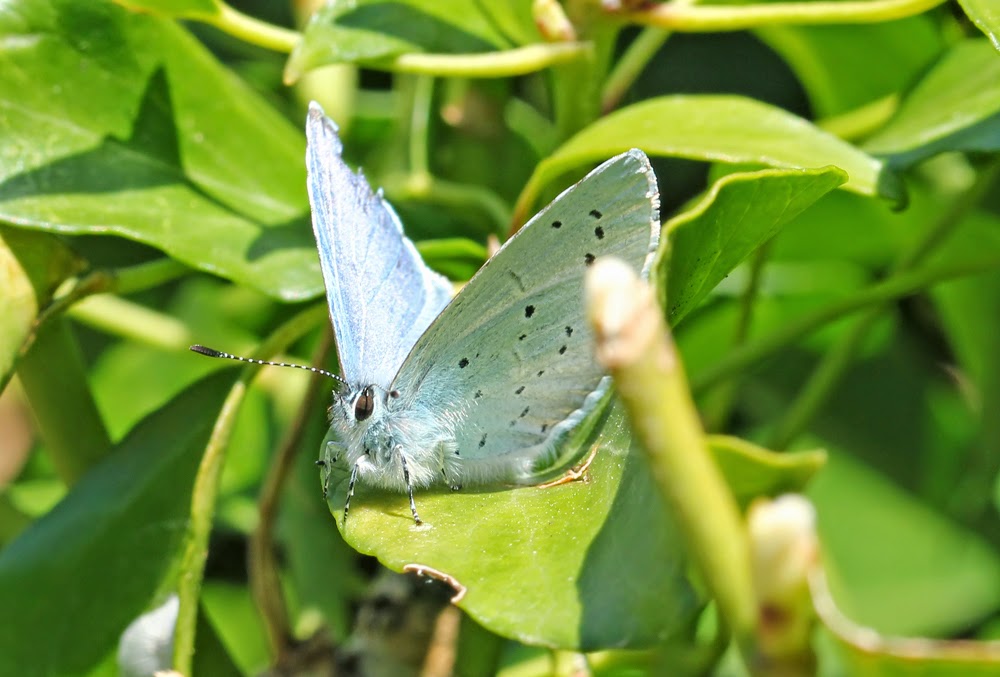 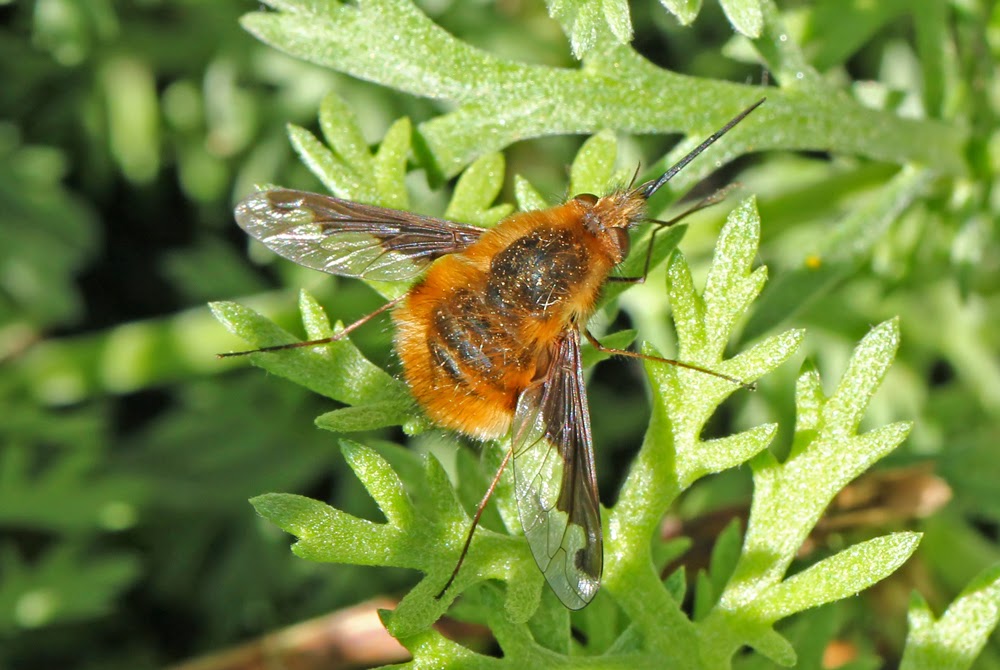 Posted by Boughton Moths at 09:19 No comments:

The day after my last post The Streamer was new for the year but didn't co-operate with being photographed. Since then a run of cold nights have produced just 7 Hebrew Characters, 1 LBAM and 1 Early Grey. Yesterday I made my first visit of the year to the Bonsai Bank reserve in Dengewood. Birds recorded included 1 Common Buzzard and 3 Willow Warblers. The Bluebells, Primroses and Early Purple Orchids were out. Butterflies seen were: Speckled Wood, Green-veined White, Orange-tip and several Peacocks. Amongst the abundant Common Bee-flies were a couple of the scarcer dotted variety. Two Green Tiger Beetles were also seen. 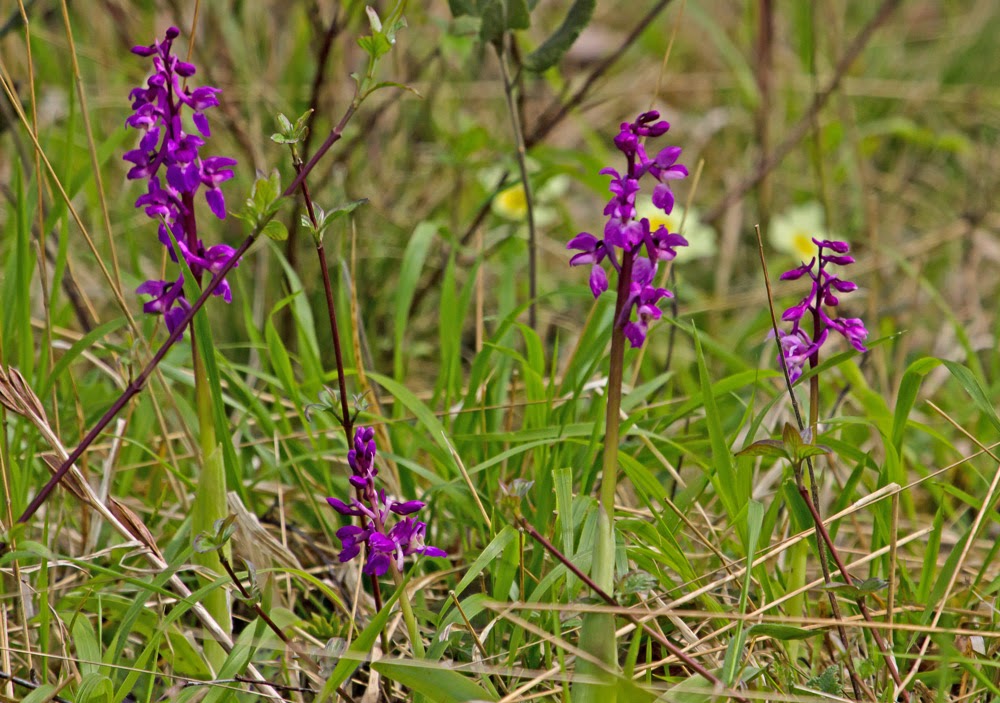 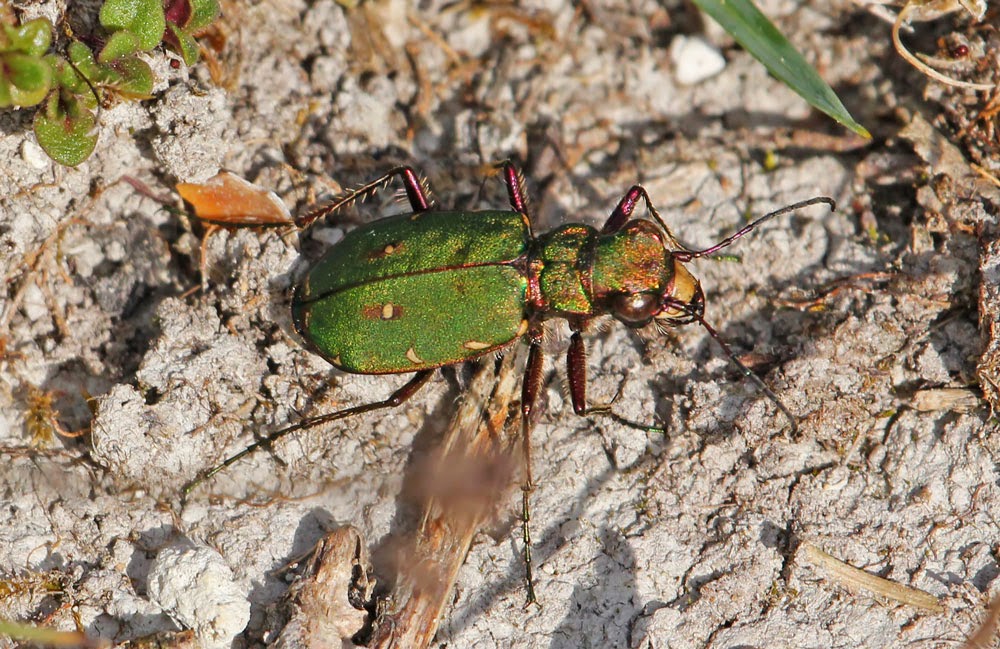 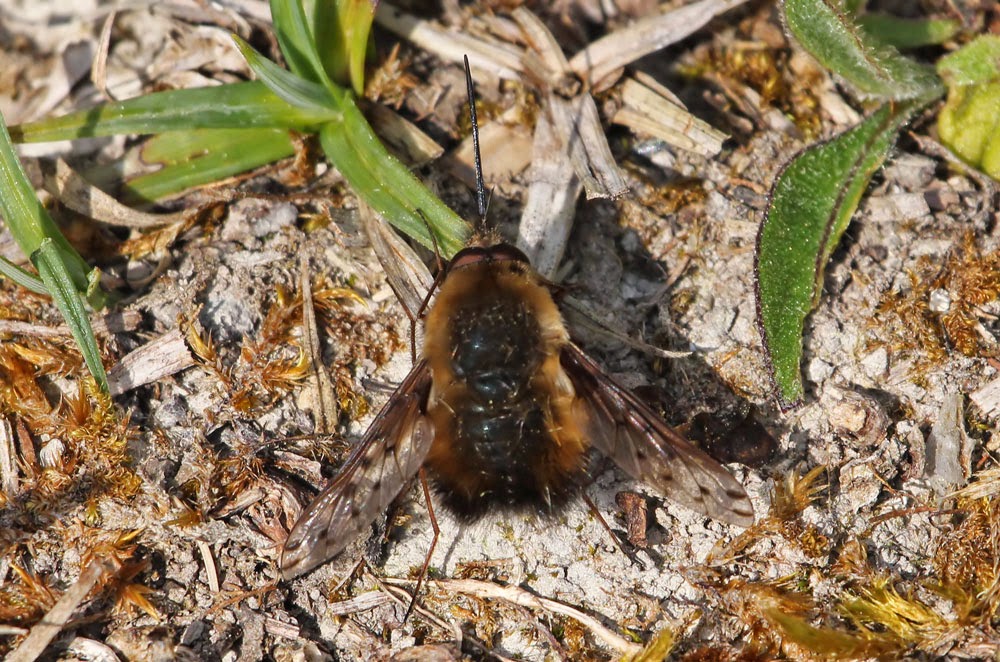 Posted by Boughton Moths at 09:24 No comments:

I was pleased to see 10 moths of 5 species this morning especially as Tawny Pinion was another new one for the garden list, the 2nd addition of the year. Yesterday was spent at Dunge where I caught up with a few spring migrants. There was 1 Sand Martin near the ARC pit and several Common Terns there too. Several Wheatears were in the area of the Fishing Boats and near the Old Lighthouse, plus a Sandwich Tern passed on the sea and another could be seen from Dennis's Hide. A Swallow was seen near the Power Station. A Sedge Warbler was singing on the ARC Pit and there was another on the reserve along the footpath to the Dengemarsh Hide. Also of note, The Slavonian Grebe could be seen from this hide too, and a Black Redstart was on the barn next to Boulderwall Farm. There was also a "wreck" of Sea Mice (a few hundred) near the Fishing Boats. Wikipedia states:

"The sea mouse, Aphrodita aculeata, is a marine polychaete worm found in the North Atlantic, the North Sea, the Baltic Sea and the Mediterranean. The sea mouse normally lies buried head-first in the sand". 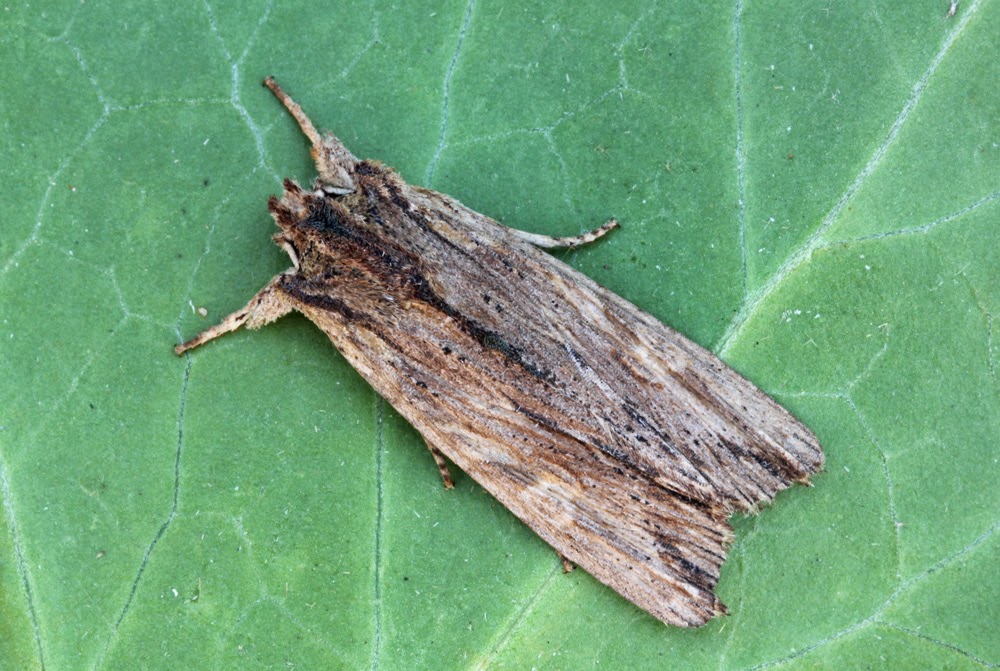 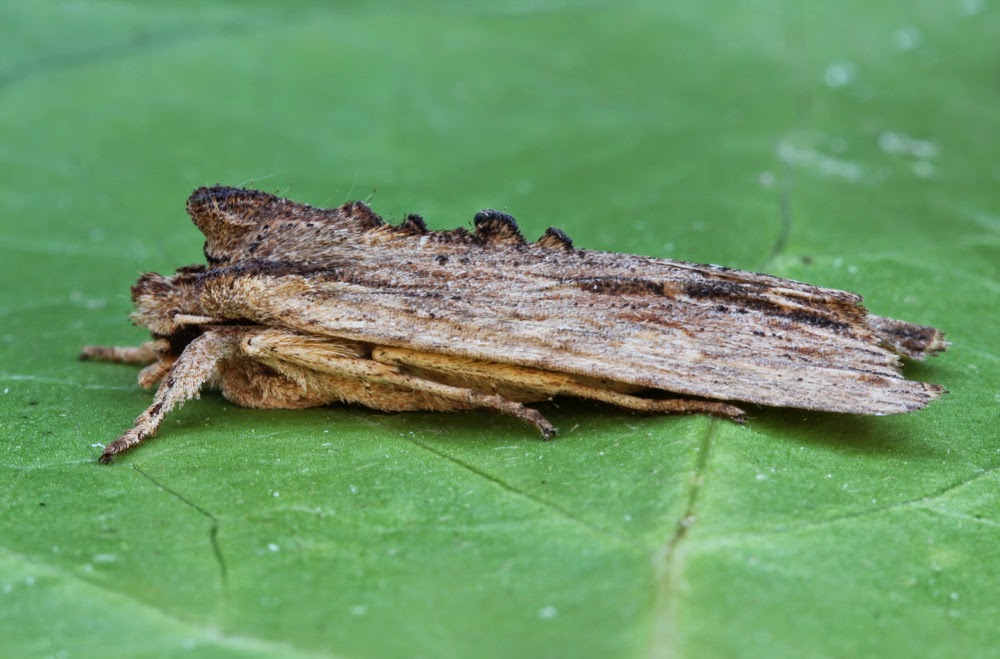 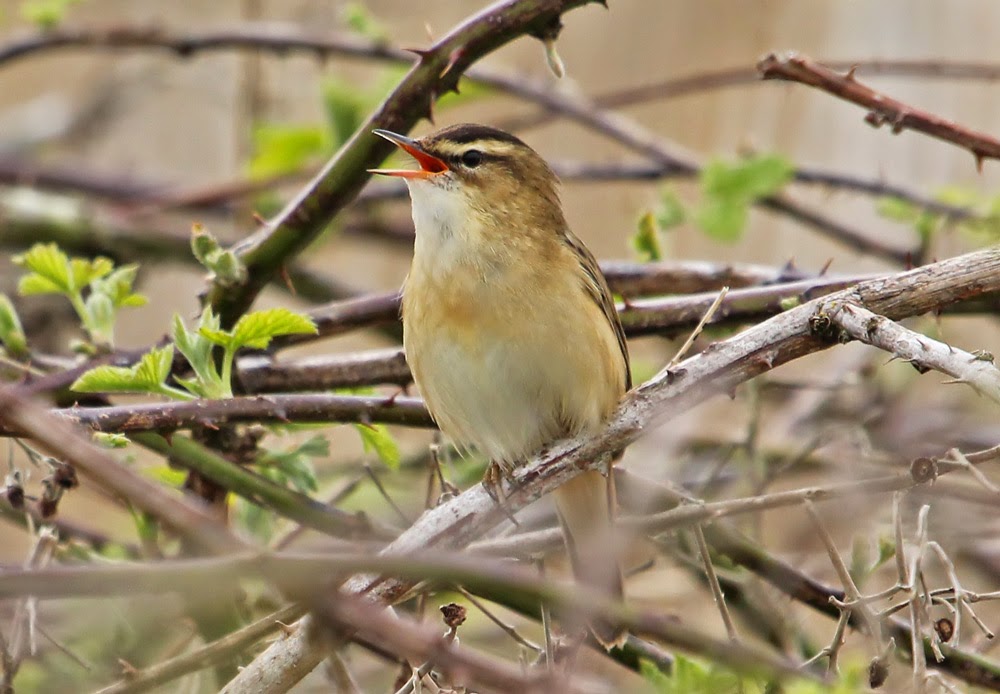 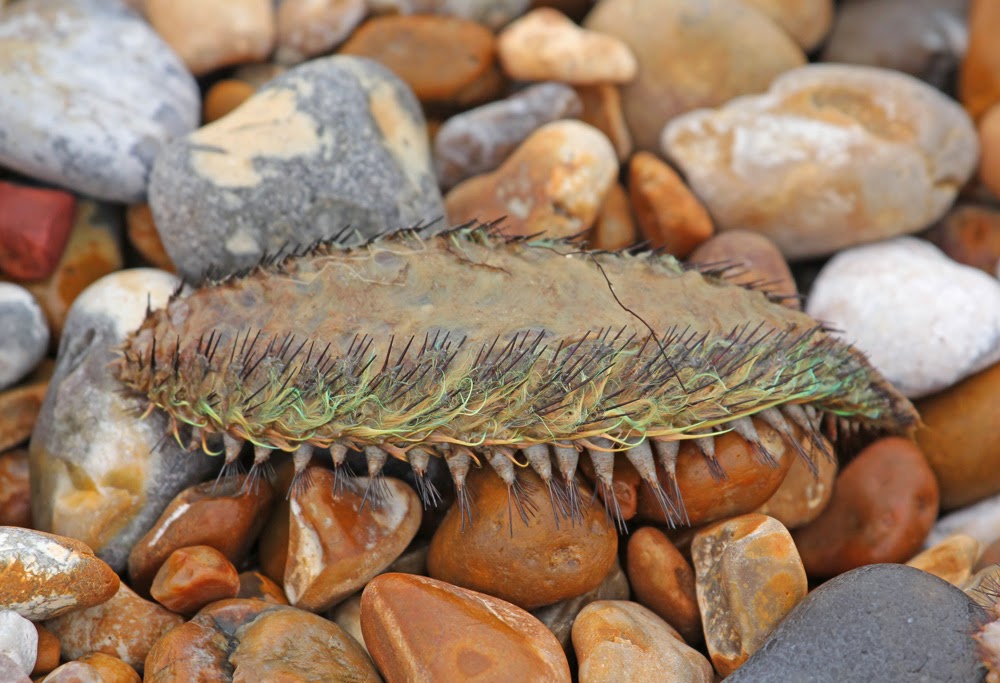 Posted by Boughton Moths at 11:08 No comments:

Another mild night with a low of 8c. The 17 moths of 8 species this morning was the best catch so far, with Common Pug and Purple Thorn new for the year and my earliest records of both species too. 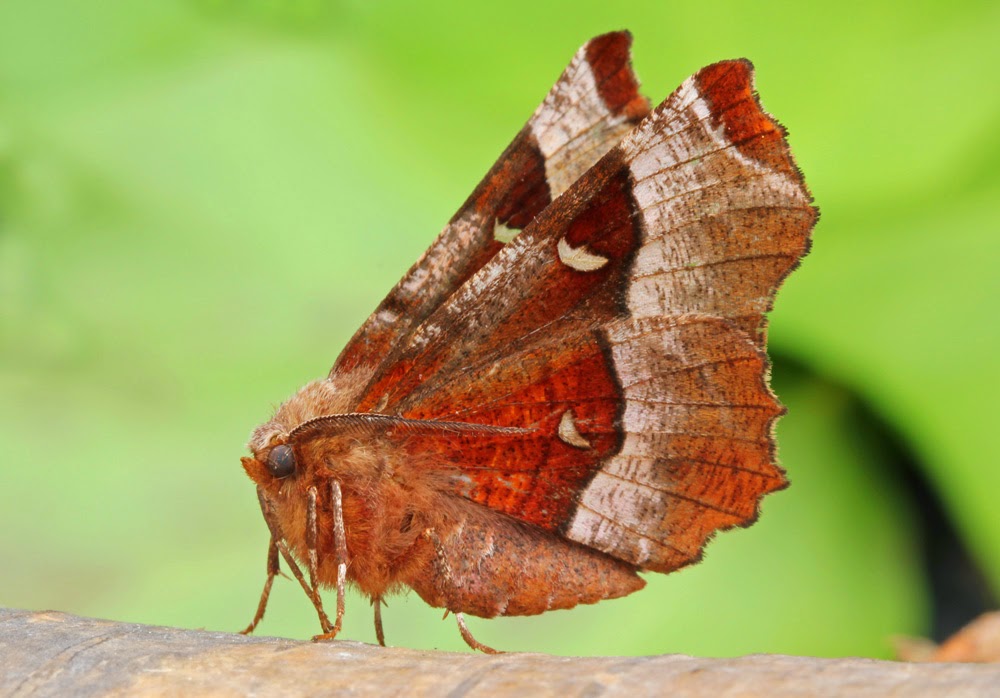 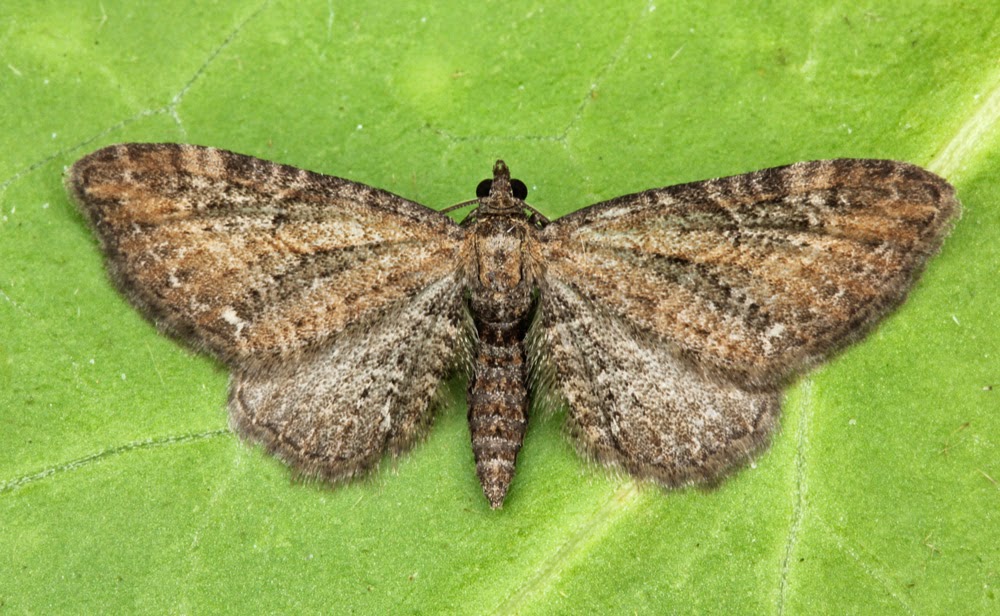 Posted by Boughton Moths at 10:05 No comments:

We've reached the end of the first quarter and I've recorded 20 species by the end of March. This is not the best ever, but much better than last year when I only saw 4 species by this date. (It was the middle of May before I reached 20 species.) This morning there were 8 moths of 5 species, with Early Thorn new for the year. Yesterday I made my first visit to Grove Ferry since the flooding. The Red-crested Pochard was showing well, but a Kingfisher along the river and one Marsh Harrier were the only other interesting birds seen. 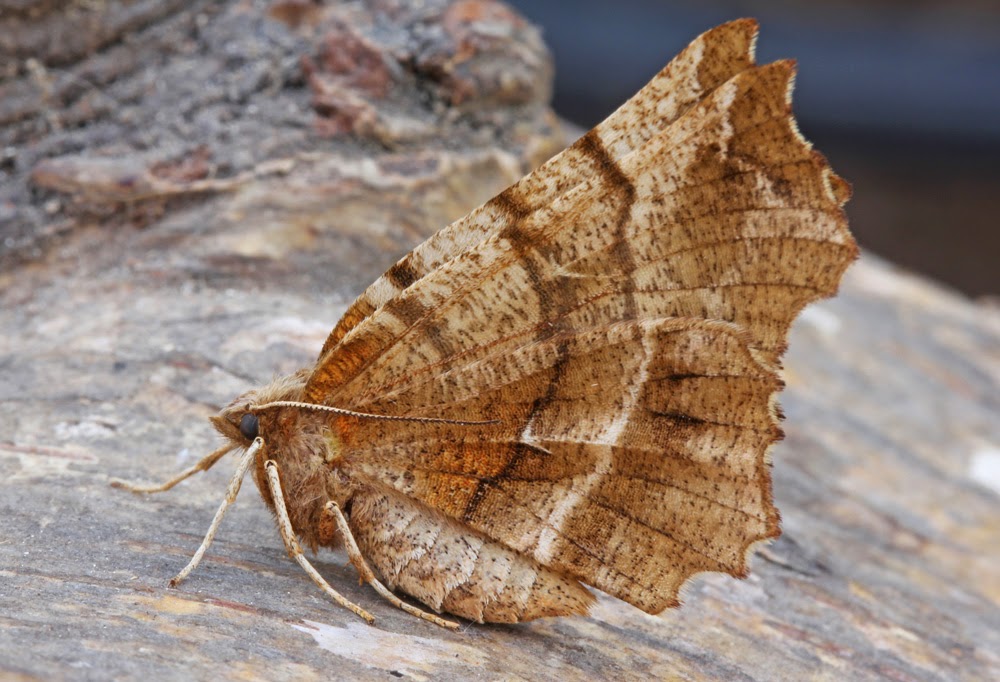 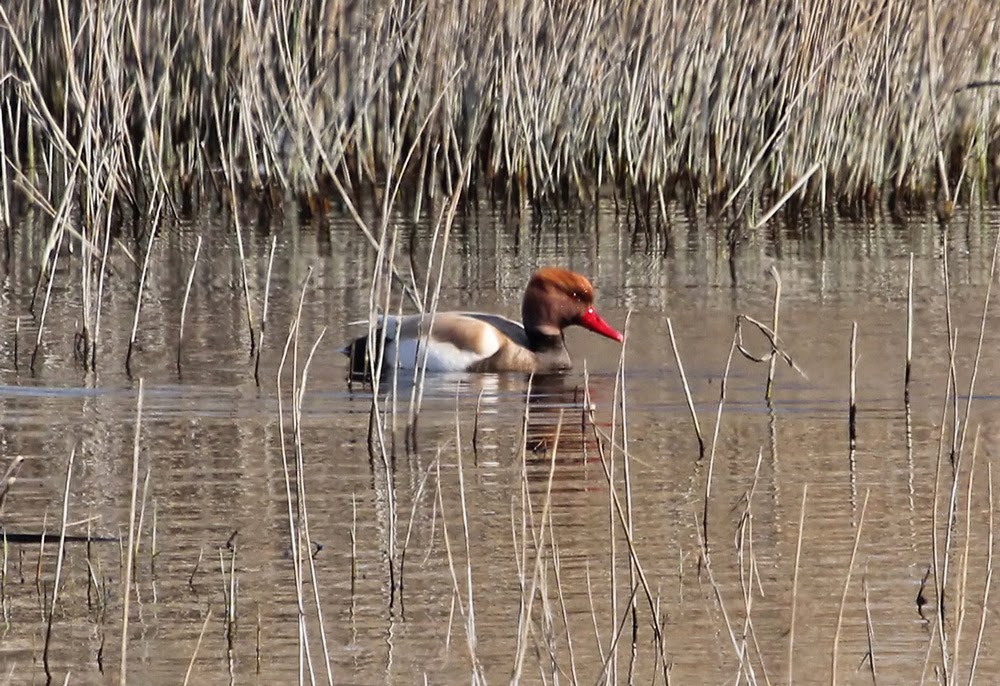 Posted by Boughton Moths at 09:45 No comments: