No moths to report and yesterday we struggled against the wind at Dungeness. However, a Sedge Warbler, the earliest I've seen, was singing by the track to the Hanson Hide on the ARC and  was followed by the first Firecrest near the start of the Willow Trail. At the patch we could only find a single Med. Gull amognst the commoner species but another 4 Firecrests showed in the Lighthouse Garden. After lunch we walked round the RSPB reserve. We saw about 5 Smew near Boulderwall including 2 Drakes and as we approached Hooker's Pit a Common Tern was seen (also my earliest spring record), but by the time we reached the hide it had gone. I didn't manage any pictures so here's 1 from last week and 1 from the garden. 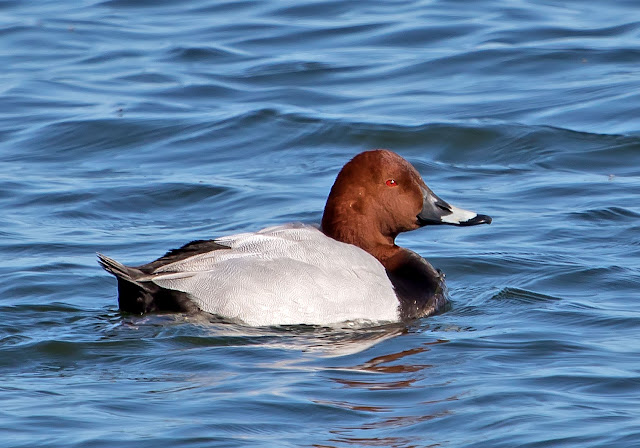 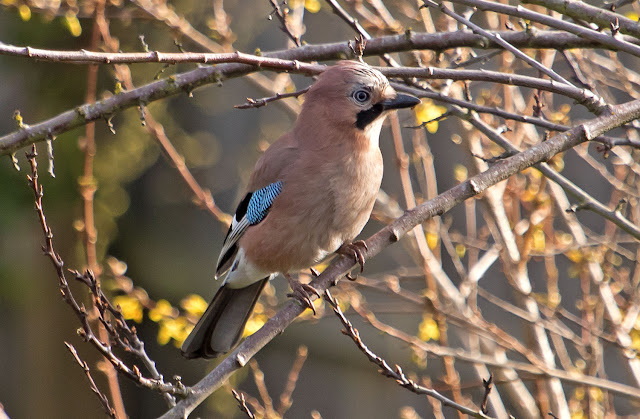 Posted by Boughton Moths at 09:48 No comments:

New moth records for the year since my last posting are a Clouded Drab and a March Moth. The latter was only my 5th record in the 17th year of trapping. Today spent a very sunny day at Dunge. Highlights were distant views of a Spoonbill near Boulderwall where 5 Smew, including 2 Drakes, were also seen. Several Firecrests, Goldcrests and Chiffchaffs showed well in the Lighthouse Garden and 2 Black Redstarts were nearby. We couldn't find the reported Wheatear but near the visitor centre on the RSPB reserve Grey-backed Mining Bees (Andrena vaga) were active in the sunshine along the path to the Dennis Hide. Another Firecrest was seen near the ramp. 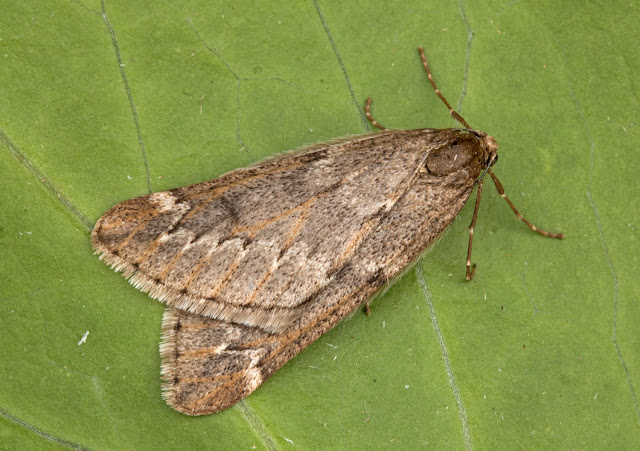 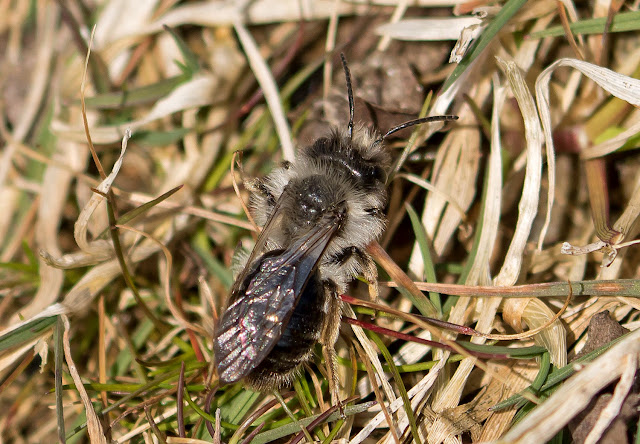 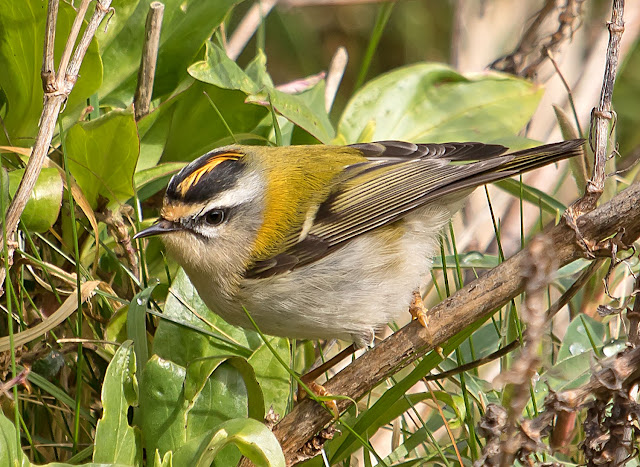 Posted by Boughton Moths at 20:48 No comments:

This morning in addition to the usual Hebrew Characters and Common Quakers there were 2 Diurnea fagella on the outside of the trap. These were my first records of this species for 4 years. 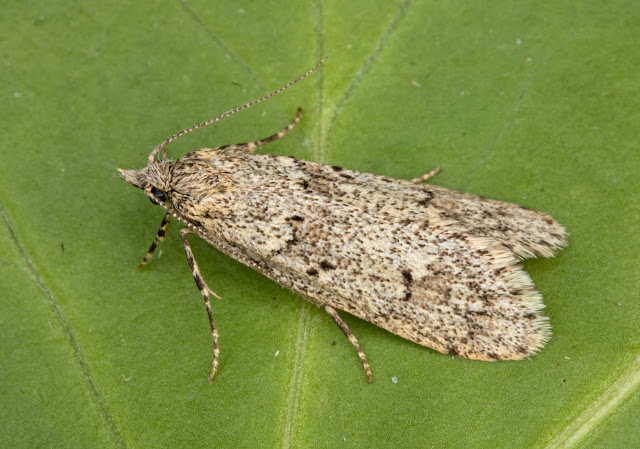 Posted by Boughton Moths at 20:55 No comments:

Four moths in the trap this morning: 2 Hebrew Characters, 1 Early Grey and 1 Common Quaker, although the latter looked a bit different from the ones I usually get. Another cold and bleak day at Dunge today. Two Tree Sparrows were in the hedge by the ARC car park. At the new diggings 2 Slavonian and 1 Black-necked Grebe showed well. A Kingfisher also flew across here. In the trapping area we failed to see any Firecrests or Wheatears but we did flush a Woodcock twice. A male Sparrowhawk landed briefly near the moat. At the patch there were 2 adult Med, Gulls and some Brent Geese and Common Scoters went by heading east. At least 4 Harbour Porpoises were also in the vicinity. After lunch on the RSPB reserve there were 4 Lesser Redpolls near the visitor centre but no Garganey could be found. As we were driving out a Great White Egret was seen distantly from the entrance track near Boulderwall. 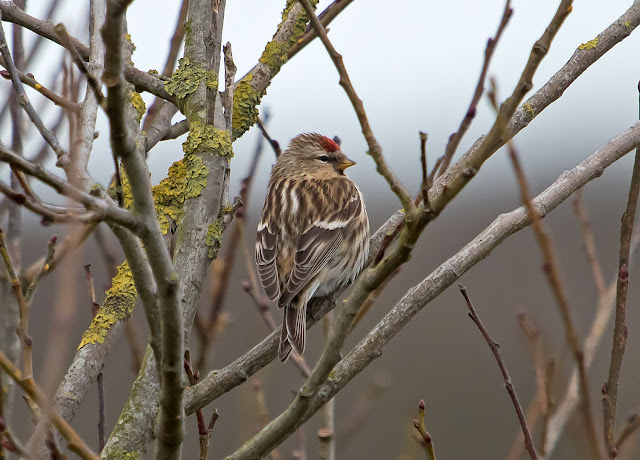 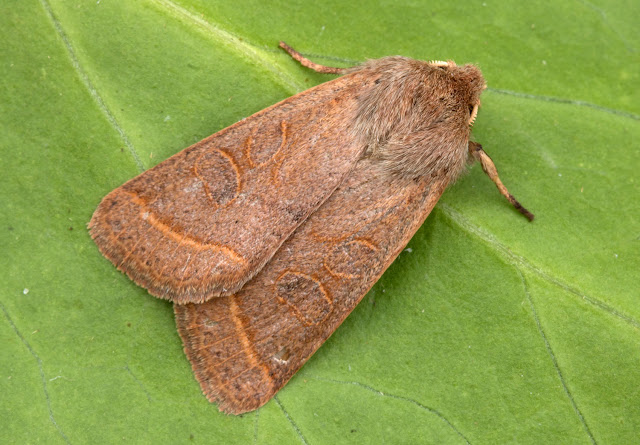 Posted by Boughton Moths at 19:39 No comments:

Just 1 Common Quaker and 1 Hebrew Character in the trap since my last post. Made the usual Dunge visit today in very pleasant weather. There was not much to report on the ARC but we soon caught up with a few birds not seen previously. There were 2 Black-necked Grebes on the New Diggings, the Firecrest was still in the Lighthouse Garden and 2 Black Redstarts showed well on the power station wall behind the first seawatching hide. We then had a look for the Dartford Warbler in the Kerton Road area but there were only a few Reed Buntings and Meadow Pipits. However, I disturbed a Hare in that area, which disappeared in a flash. After lunch we walked round the RSPB reserve and managed a brief view of a Great White Egret, plus 2 Little Egrets, a drake Smew, Kingfisher and Marsh Harrier which flew a bit closer than they usually do. 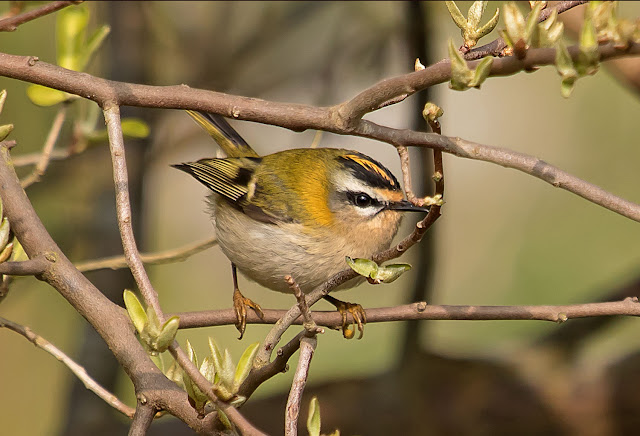 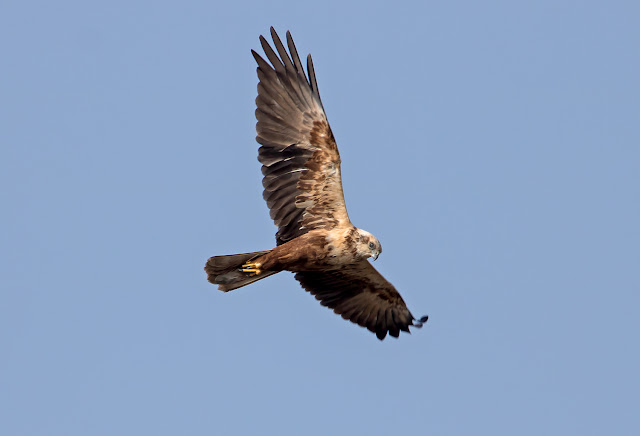 Posted by Boughton Moths at 20:59 No comments:

Since my last post I've recorded 3 Hebrew Characters and 2 Common Quakers in the moth trap. I made a visit to Dunge today in fine weather but we struggled to find much. On the RSPB reserve the star bird was a fairly close fly past of a Bittern between the ramp and Boulderwall farm. We also saw a Stoat, 3 Smew, a few Goldeneye, the usual Marsh Harriers and 2 Little Egrets. The Long-eared Owl was showing quite well in the sunshine. After lunch we had a walk behind Scotney Farm but saw very little apart from a couple of Egyptian Geese and a Stock Dove. For the first time since the start of the winter we failed to see a Great White Egret. 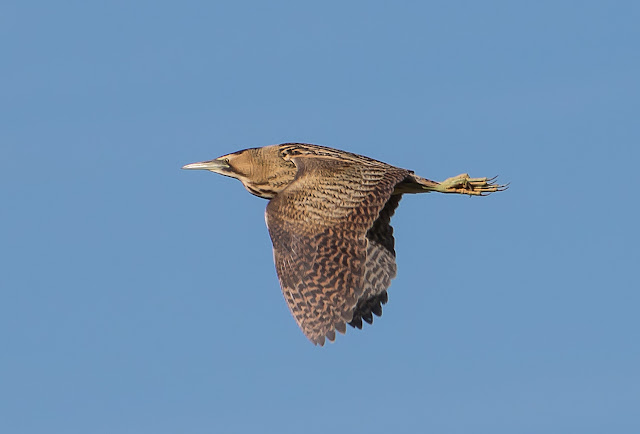 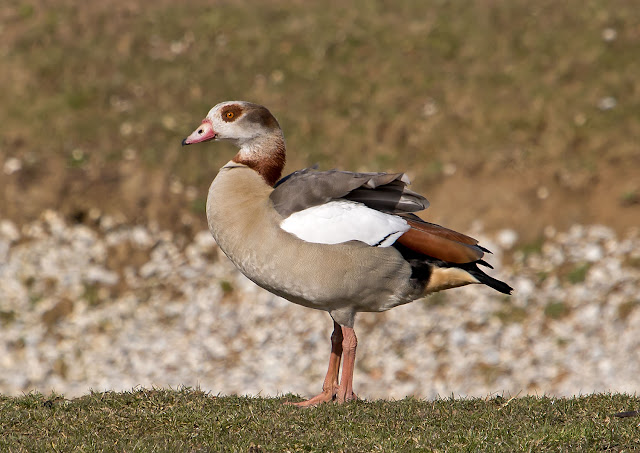 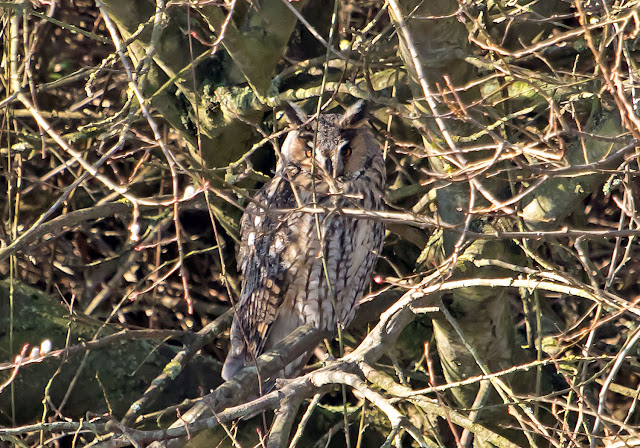 Posted by Boughton Moths at 20:49 No comments: