I made a short visit to Hampton Pier, Herne Bay this afternoon to try to photograph Sanderling. There were a small flock of 8 on the shore by the Pier accompanied briefly by 1 Purple Sandpiper, some Turnstones and a Rock Pipit. 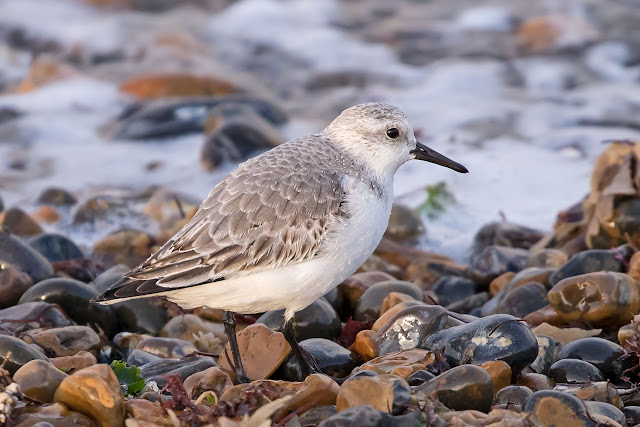 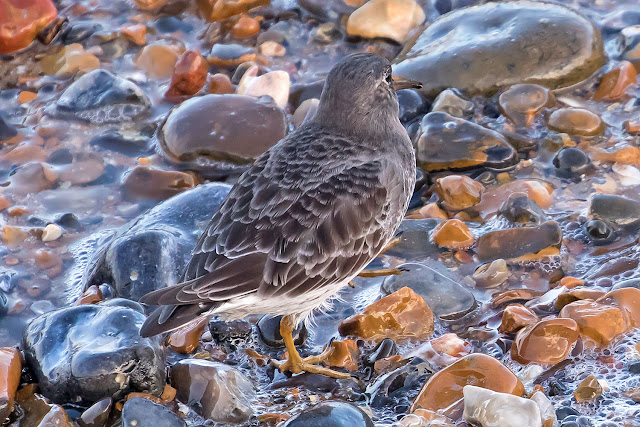 Posted by Boughton Moths at 22:31 No comments:

Made the weekly trip to Dunge yesterday where we struggled to see much in very windy conditions. During the day we spent some time at the Fishing Boats and the patch but with just a Red-throated Diver, several Med. Gulls, a couple of Guillemots the main interest to go with large numbers of Gannets. Around the reserve the highlights were a Peregrine which flew by just outside the windows of the visitor centre, and a male Goosander. Around 5 Great White Egrets and 8 Little Egrets were noted. The Long-eared Owl, Cattle Egret and Ringed-necked Duck were all keeping out of sight. As we left we heard a report of a Ring-billed Gull but we failed to re-locate it.


Grey Heron sheltering from the wind 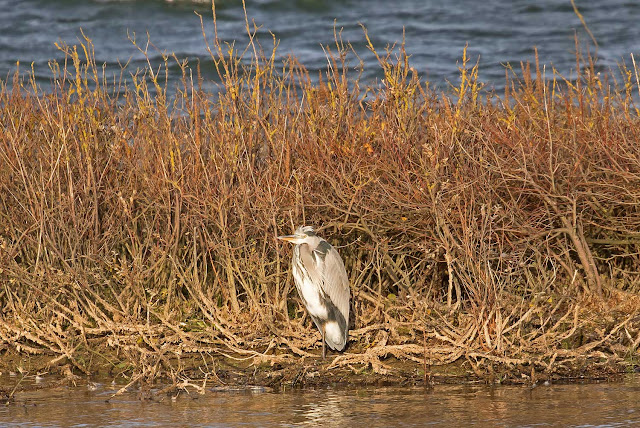 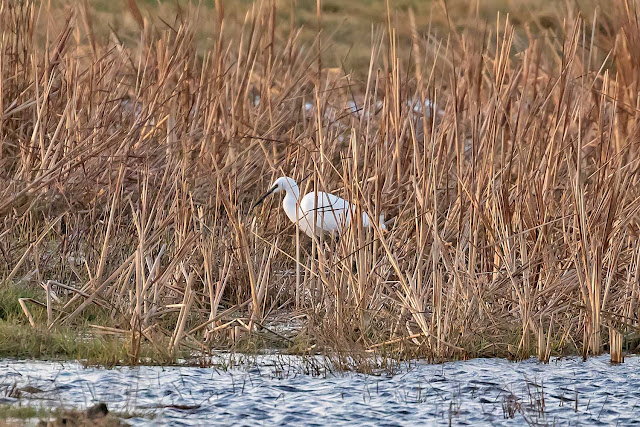 Posted by Boughton Moths at 09:59 No comments:

With the weather improving I visited Stonelees NR, Pegwell Bay this afternoon, where the 5 or 6 Waxwings were showing well at the south end of the reserve near the traffic light entrance. This morning just a November Moth and a Rusty-dot Pearl in the trap. 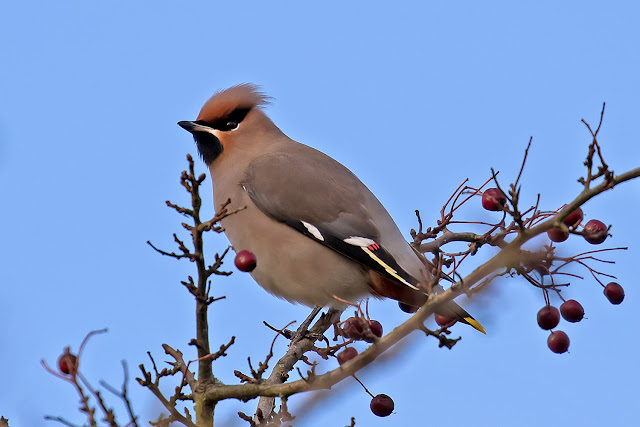 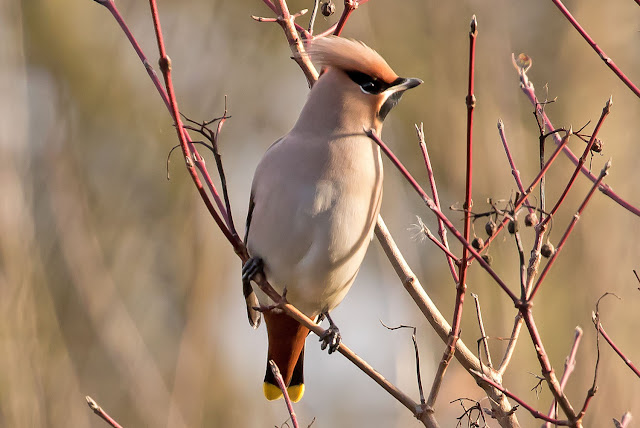 Posted by Boughton Moths at 19:42 No comments:

Not many moths to report and nothing new for the year. Went down to Dungeness for another wet and very windy day. We started at the ARC where 2 Marsh Harriers, a Great White Egret and a Chiffchaff were noted and the Ring-necked Duck was still showing well near Boulderwall. We then sat out the heavy rain in the RSPB visitor centre from where at least 2 Caspian Gulls could be seen in front of the Firth Hide. After lunch we looked along Kerton Road where the unusual Stonechat was seen again but we had no luck with the Dartford Warblers. Back on the reserve the Long-eared Owl could be seen roosting behind the dipping pond. The rain drove us back to the centre from where, after a period of horizontal lash, we finally made it to the Firth Hide. Here 4+ Caspian Gulls, showing all ages from 1st Winter to Adult, were in front of the hide. A Yellow-legged Gull, Great White Egret and another Chiffchaff were also noted. As we left the reserve the Cattle Egret showed briefly in flight near the cows at Boulderwall, and along the Dengemarsh Road the 2 Bewick's Swans were still present with Mutes there. 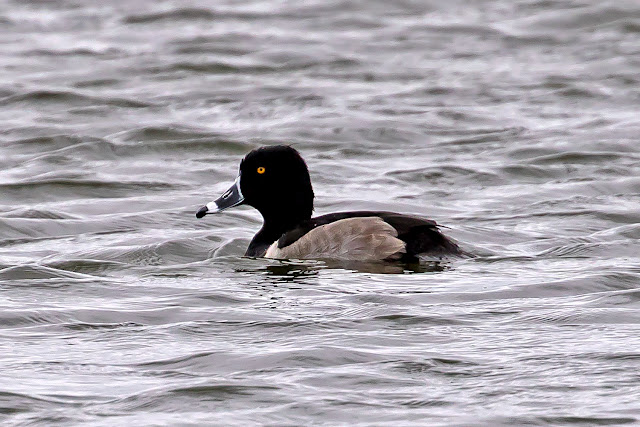 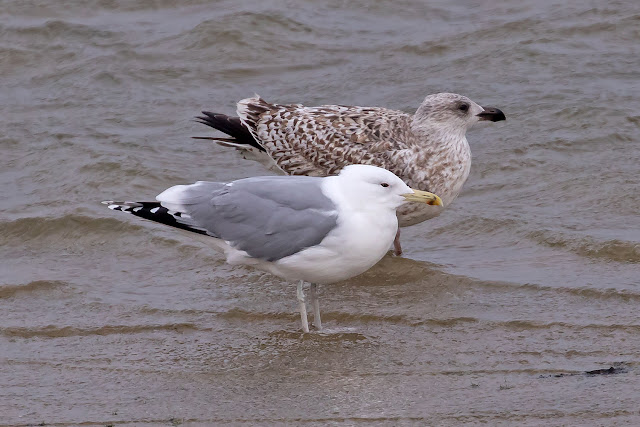 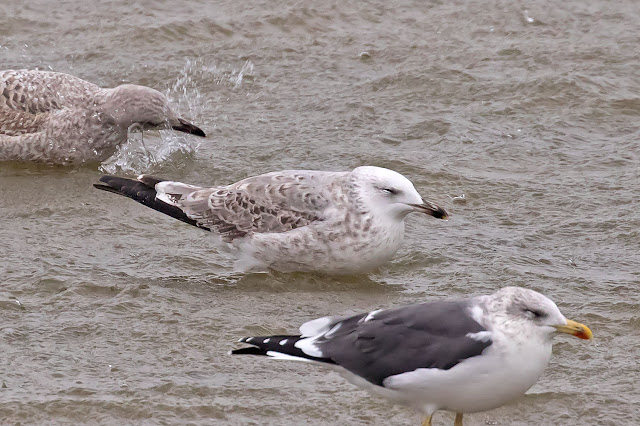 Not run the moth trap for a few days due to the weather. Yesterday I drove down to Dungeness in pouring rain with no great expectations but it turned into a pretty good day. We started at Boulderwall Farmhouse, where the Ring-necked Duck was showing well but photography was difficult in the rain and poor light. After sitting in the RSPB visitor centre till the rain stopped we returned to Boulderwall where the Cattle Egret was close to the track but the RN Duck had moved further away and was mostly asleep. Next on the ARC pit we were lucky with 3 sightings of Bitterns (probably 2 birds) with 2 in flight and another on the edge of a reed bed from the Hanson Hide. A Great White Egret, Little Egret, Grey Heron, Sparrowhawk and Marsh Harrier were also noted there. After lunch we followed up reports of a Dartford Warbler along Kerton Road. The sky was darkening but my friend immediately picked up 2 Stonechats and we were pleased to find a Dartford Warbler with them. One of the Stonechats was the unusual one seen the previous day and considered to be possibly an "eastern" type. As the rain started we headed back to the RSPB reserve again where 2 or 3 Great White Egrets, 8 Little Egrets, a Goosander, 3 Black-tailed Godwits, Yellow-legged and Caspian Gulls were noted. Finally we drove round to the Dengemarsh Road where 2 Bewick's Swans were with a few Mutes opposite the Watersport Centre, and a Buzzard and 2 Marsh Harriers were at the Springfield Bridge. So Ring-necked Duck, Dartford Warbler and 5 "Heron" species made a very good day. 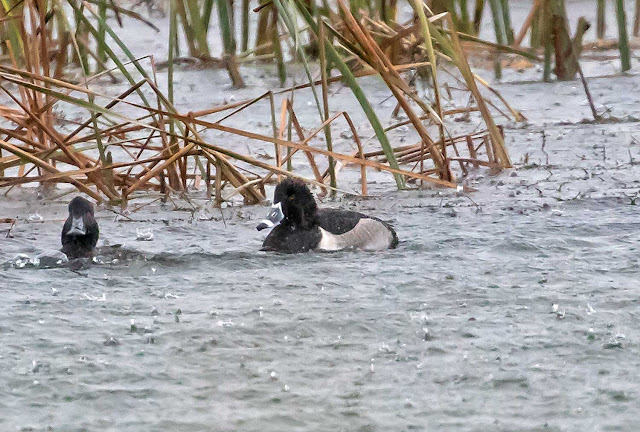 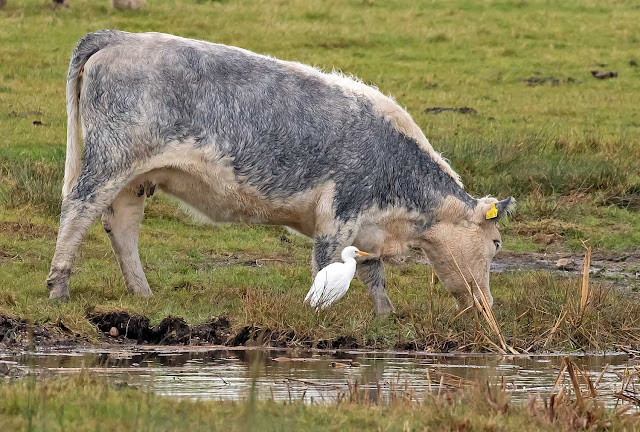 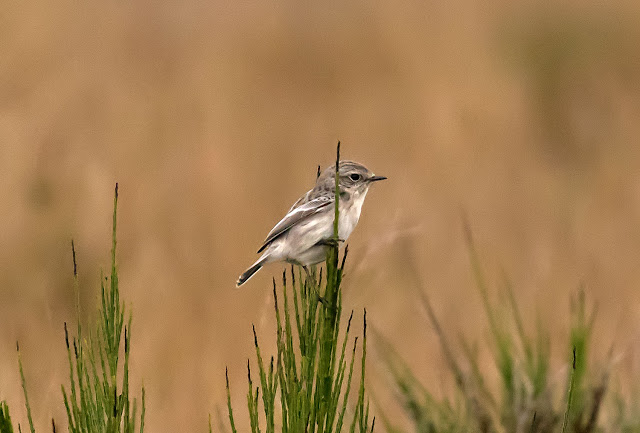 Posted by Boughton Moths at 10:17 No comments:

Moth numbers remain low since my last post with the micro: Agonopterix alstromeriana the only species new for the year. This afternoon at Oare Marshes the Dowitcher showed well in the S E corner of the East Flood and the Spoonbill was also seen well from the sea wall near there. There were 1000s of waders present including 3 Little Stints. 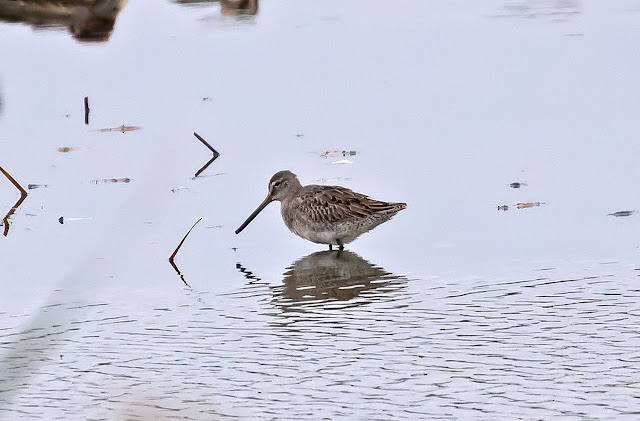 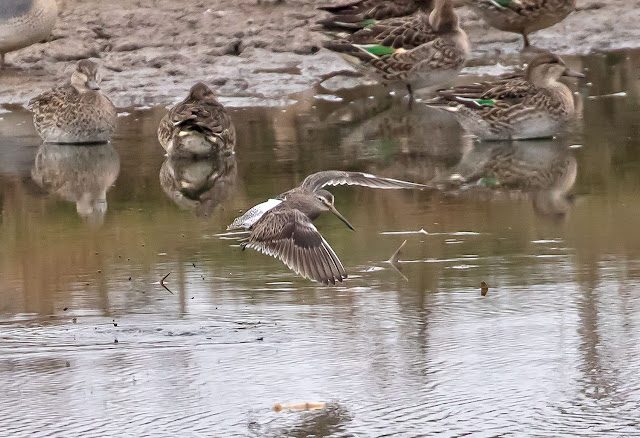 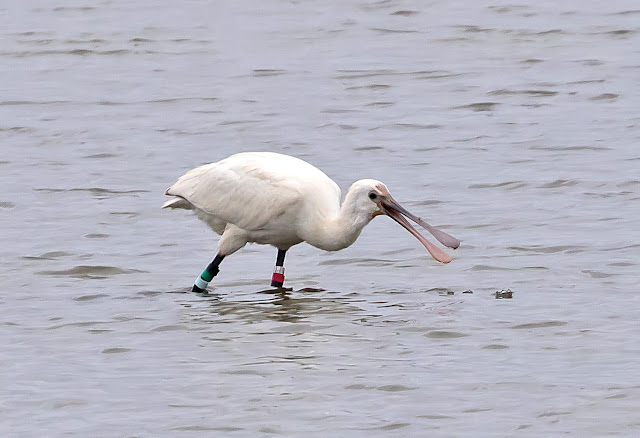 Posted by Boughton Moths at 16:23 No comments: