I spent a cold windy day with wintry showers at Dunge yesterday, where we struggled to find much that was new. However my first Swifts of the year were over the ARC Pit and the New Diggings in the morning, and good numbers of all three Hirundine species were around the RSPB Reserve all day. At the patch 300 Common Terns made an impressive sight. A couple of Chiffchaffs in the trapping area were the only other migrants seen. 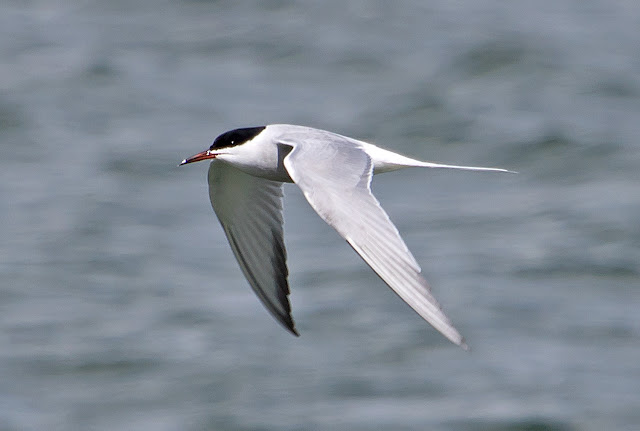 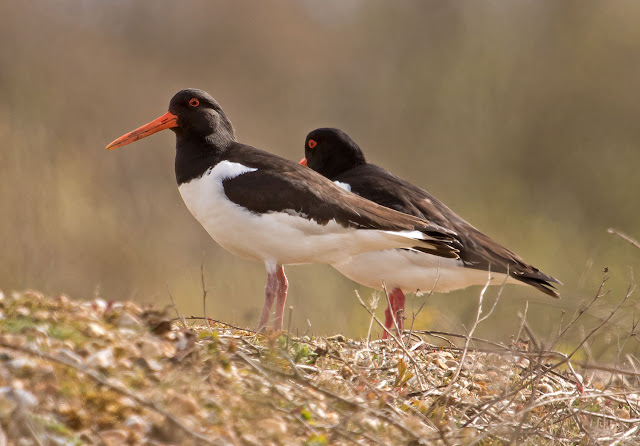 Posted by Boughton Moths at 09:04 No comments:

A Twin-spotted Quaker this morning was new for the year in the moth trap. The weekly Dunge visit today was again in very nice weather but fairly quiet for birds. A Reed Warbler singing on the ARC Pit was my first of the year and a Lesser Whitethroat showed well round the car park there. Not much at the Patch this morning but 2 Bonxies passed fairly distantly plus a few Common Scoter, 2 Gannets, Common Terns and the odd Sandwich Tern. Nearby a Black Redstart was around the buildings south of the Lighthouse Garden. After lunch we walked around the main part of the RSPB Reserve. Tree Sparrows were near Boulderwall, and Stoat showed on the entrance track near there. Further round past the Beehives 4 Whimbrel were quiet close to the track. Two Black-necked Grebes were seen distantly on Burrows Pit and Swallow was noted from the Visitors Centre. Finally 2 Greenshank were on the 2nd Hayfield at Dengemarsh where a Sparrowhawk circled overhead. 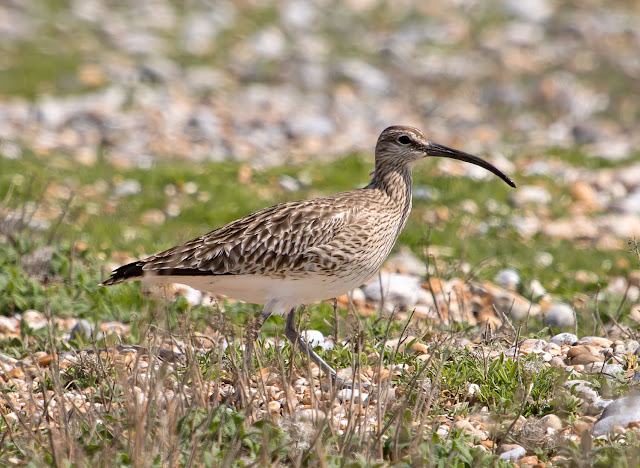 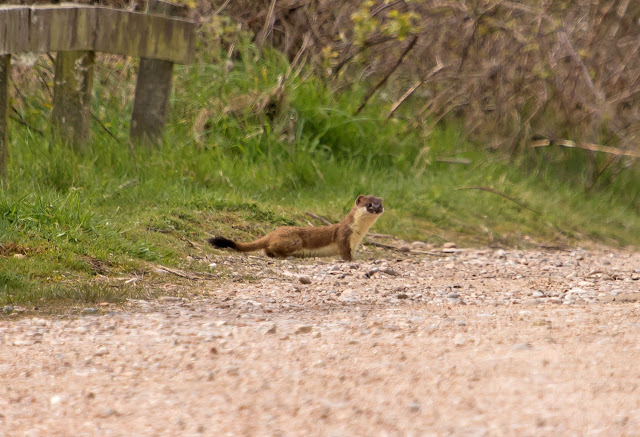 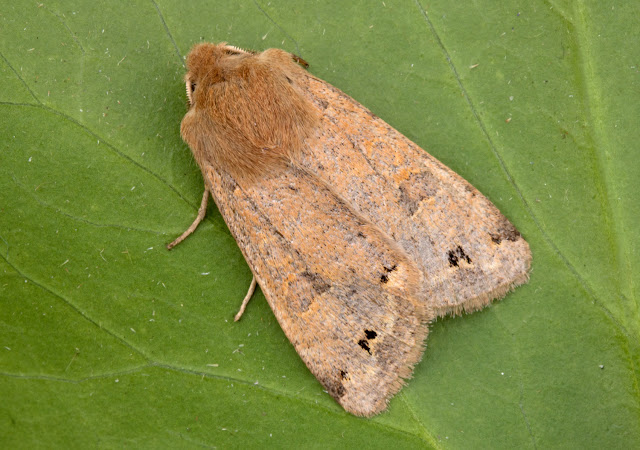 Posted by Boughton Moths at 20:55 No comments:

In the trap since the last post, Angle Shades and The Streamer were new for the year. This morning at Oare the Glossy Ibis was on the East Flood quite near the road before flying off to the West Flood. There were a few Swallows around and 2 Whitethroats were my first for the year. A Wheatear was on the building near the slipway and a Cetti's Warbler showed briefly in the Paddock area. 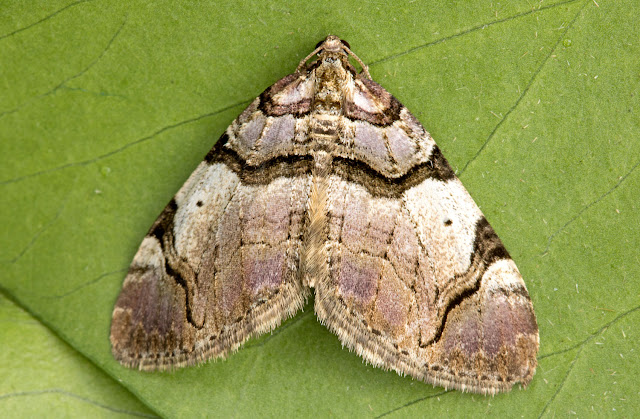 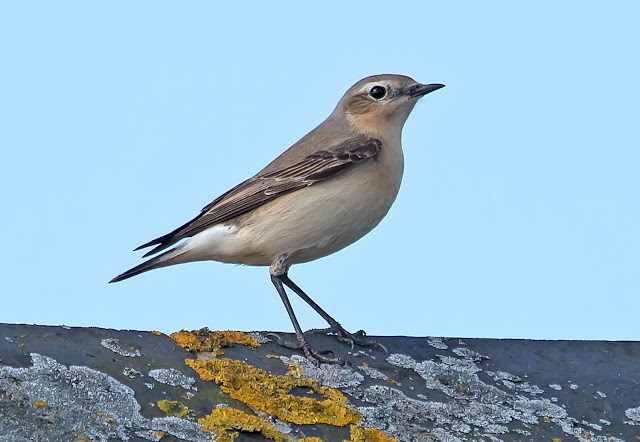 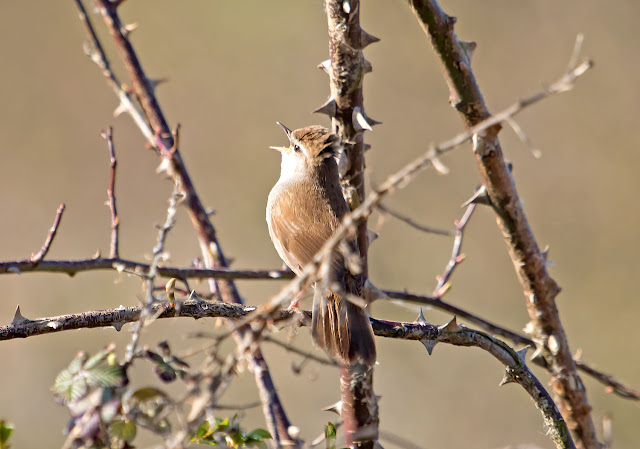 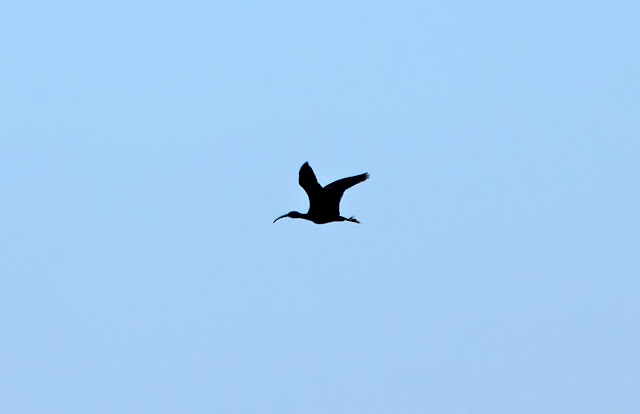 Posted by Boughton Moths at 12:32 No comments:

Again not many moths to report. Made the weekly trip to Dunge today where the weather was excellent. We started at the ARC where a Little Gull, Common Tern and Black-necked Grebe were seen at the south enf of the pit. Across the road a Slavonian Grebe showed on the New Diggings. Round to the Lighthouse Garden where 2 Blackcaps and a few Chiffchaffs were present and a Swallow was in the area. The was little at the Patch when we got there but my first Sandwich Tern of the year flew past. The Trapping area produced another Swallow, a fine male Redstart, some singing WillowWarblers and Chiffchaffs, while a Sparrowhawk circled overhead. A Wheatear was near the Fishing Boats. Back at the north end of the ARC Pit after lunch a Pied Flycatcher was a good find-my first at Dunge for 13 years. Overhead we counted 4 Buzzards and 3 Marsh Harriers, while at least 12 Little Gulls were over the water. we then crossed the road to the rest of the RSPB Reserve, where 6 Sand Martins were over Burrows Pit, a singing Lesser Whitethroat showed briefly between Hookers and the Ramp, and a Bittern "boomed" a bit further along towards Boulderwall. The Mining Bees were active near the Dennis Hide where several Green Tiger Beetles were also seen. 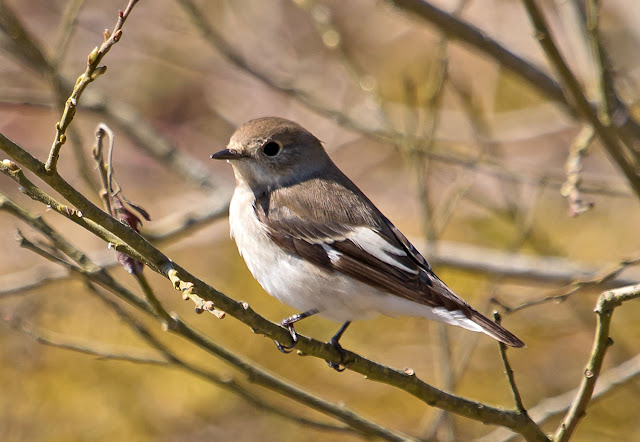 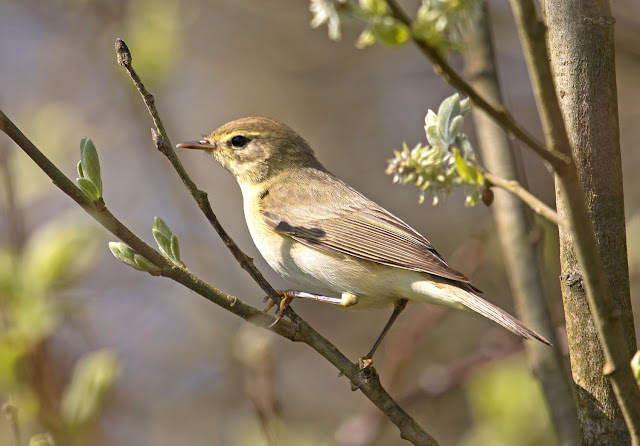 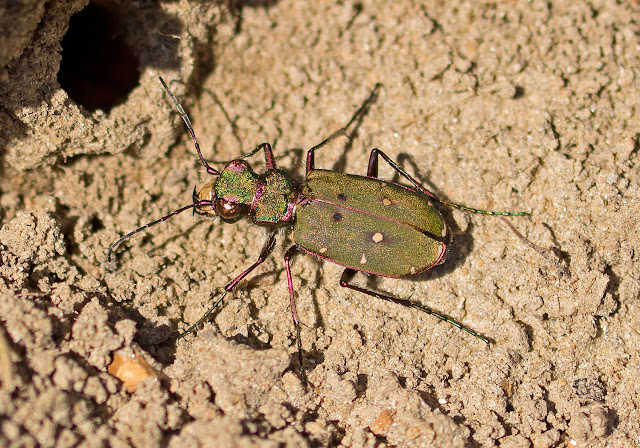 Posted by Boughton Moths at 21:07 No comments:

Only 1 moth species new for the year since my last post, the micro: E. sulphurella. Today at Dunge it was generally sunny but became more windy as the day went on. Common Tern and Water Rail were seen on the ARC pit. Round at the Lighthouse Garden a Redstart showed well along with about 3 Firecrests, 3 Chiffchaffs and 2 Goldcrests. We only managed brief views of the 2 Continental Coal Tits that were in that area. Three Black Redstarts showed in the Observatory Moat. About 3 Common Buzzards were seen, of which 1 flew over the Power Station. There was little at the patch and after lunch on the RSPB reserve there were 3 Smew and 3 Little Egrets near Boulderwall Farm, where a Tree Sparrow was at the feeders. 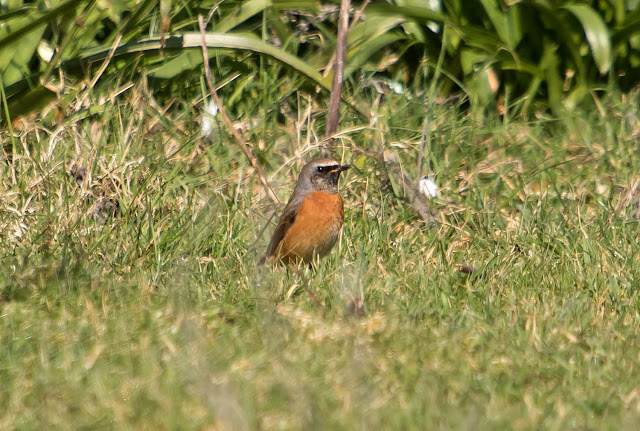 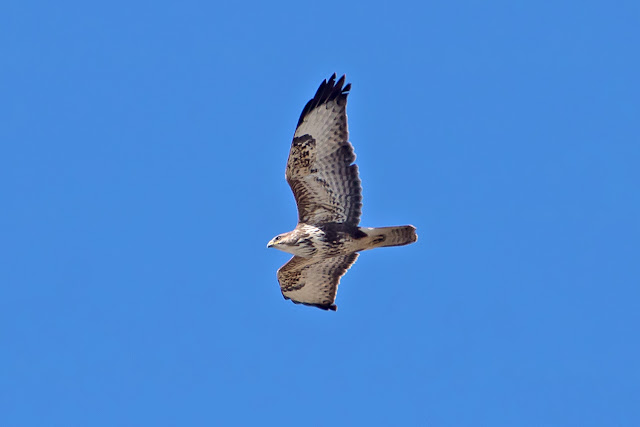 Posted by Boughton Moths at 20:13 No comments:

Well we've reached thend of the first quarter of the year. In the last couple of days Small Quaker has appeared in the trap twice, so the moth year list now stands at 11 species. Four new species were added during March: Clouded Drab, March Moth, Small Quaker and Diurnea fagella. A mild winter meant that my record of Hebrew Character on 25th January and Early Grey on 23rd February were the earliest I've had in 17 years, and the Common Quaker on 4th February would have been the earliest, but for the one recorded before the end of December. 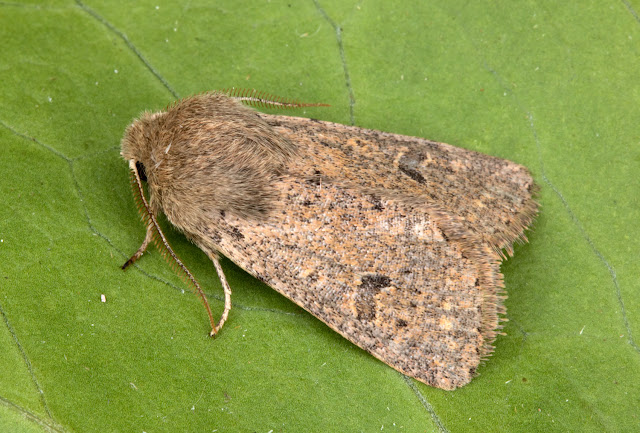 Posted by Boughton Moths at 09:28 No comments: