Moths are still about. On Tuesday morning I was surprised to find a pristine Common Quaker in the trap. I've only recorded this species from late Feb to start of May previously. Yesterday morning there was another Rusty-dot Pearl. Made a regular trip to Dunge yesterday, again in very windy conditions.
There was a Great White Egret on the ARC pit and a couple of Goldeneye. A Chiffchaff showed briefly along the Willow Trail. The rest of the morning was spent at the patch sheltering behind the first hide. There was a continuous procession west of Gannets, Kittiwakes, Auks, and Red-throated Divers past, plus one fairly distant Great Skua-my first this year. A GBB Gull was feeding on a dead Harbour Porpoise on the beach nearby. Back on the reserve after lunch 4 Little Gulls (another year tick) flew past the visitor centre while we drank coffee, and the Long-eared Owl was just about visible in the usual place but deeper in the bush. A Water Rail showed well but briefly in front of the Scott Hide, where 1 Smew was also seen. Two more Great White Egrets were also seen. 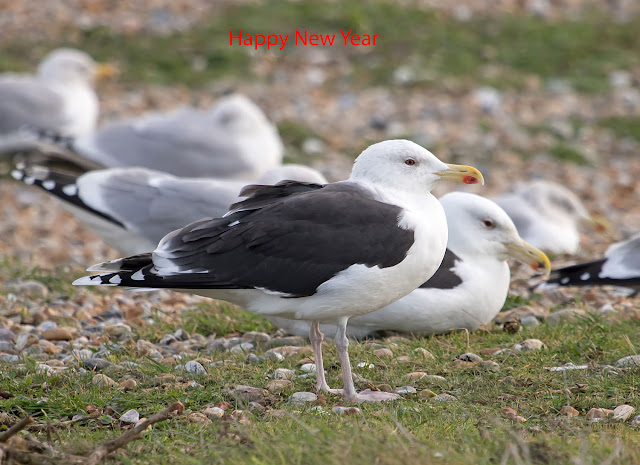 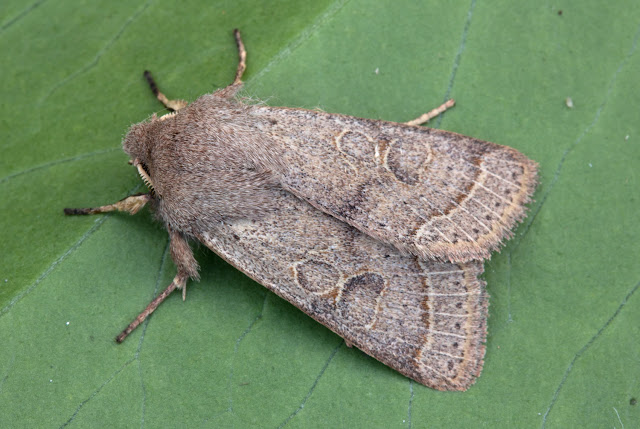 Posted by Boughton Moths at 10:21 No comments:

Nothing to report from the trap. Went over to Grove Ferry yesterday morning where a Marsh Harrier spent quite a bit of time in front of the Feast hide. In the afternoon spent an hour or so at Seasalter where a Short-eared Owl performed well, in what will probably be the only sunshine this week. 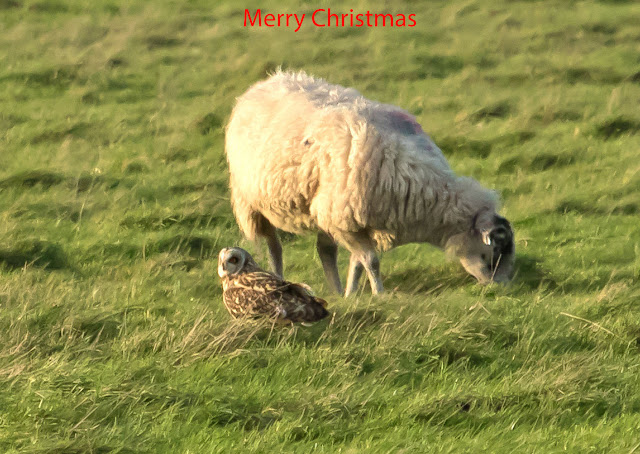 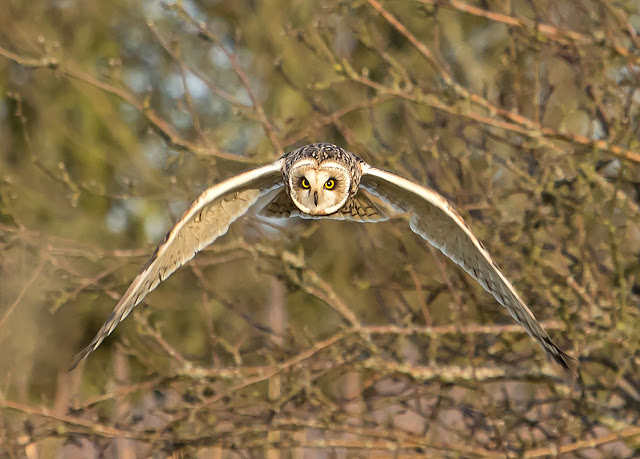 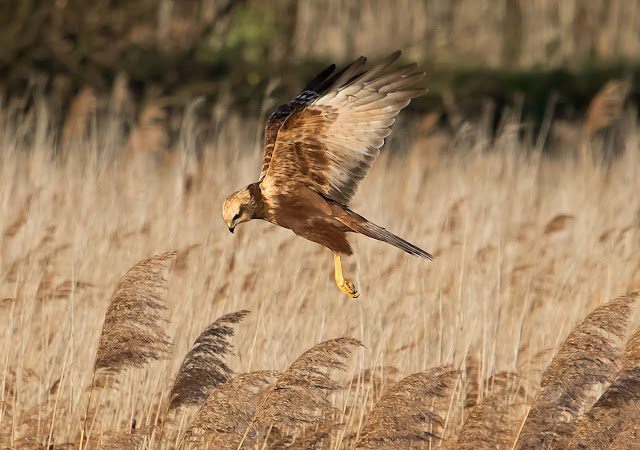 Posted by Boughton Moths at 10:50 No comments:

Yesterday morning, despite overnight rain, there were 3 moths in the tap. A Winter Moth had finally arrived plus The Chestnut and a Diamond-back. This morning there was a Rusty-dot Pearl. The Diamond-back and RD Pearl were the first I've recorded in the month of December. The mild weather continues. 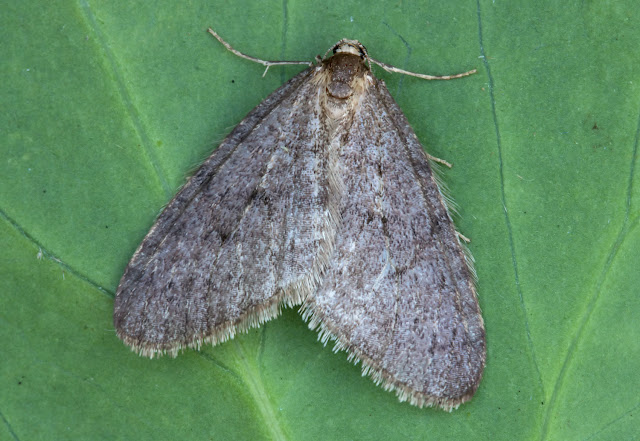 Posted by Boughton Moths at 11:16 No comments:

Since my last post I've added two more moth species to those I've recorded in December: Angle Shades and B. lacticolella. I was surprised to find that the Angle Shades was also the first I've recorded this year. However, despite the mild conditions, I've yet to see a Winter Moth this autumn. Went over to Grove Ferry in gloomy conditions this afternoon-the male Hen Harrier flew past the Marsh Hide just as I left it! Two Barn Owls showed well on the walk back to the car but no Short-eared this time. The latest addition to my garden bird list is pictured below. 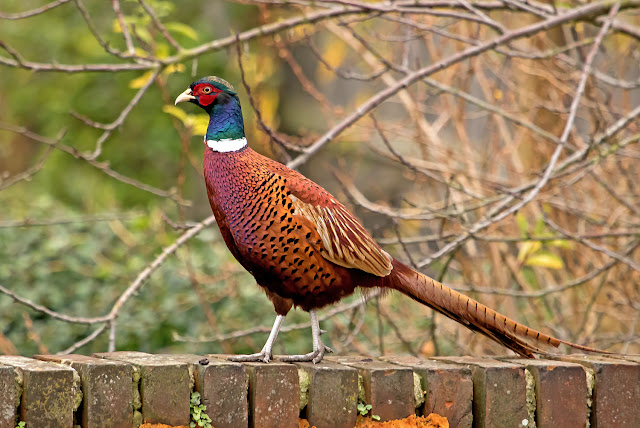 Posted by Boughton Moths at 20:14 No comments:

Since my last post I've recorded 2 more species for the first time in December: Dark Sword-grass and Brown House-moth. Today I spent another very windy day at Dunge. On the ARC pit there was 1 Great White Egret, a Peregrine, and at least 3 Marsh Harriers plus about 7 Smew flew away down the pit. On the rest of the reserve 1 Caspian Gull was identified plus 2 Smew, a Kingfisher, Little Egret and the Long-eared Owl. We struggled to find much else. 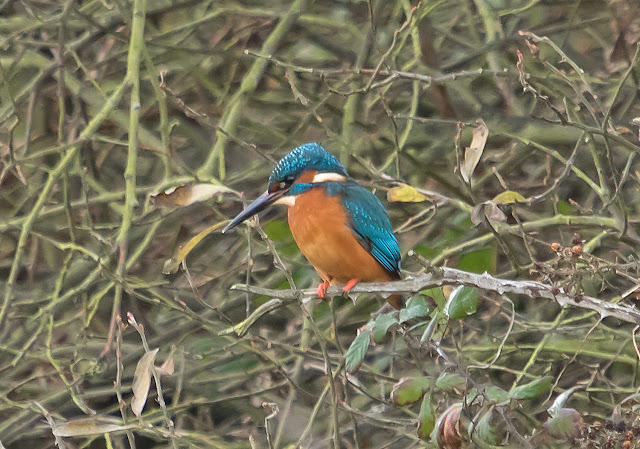 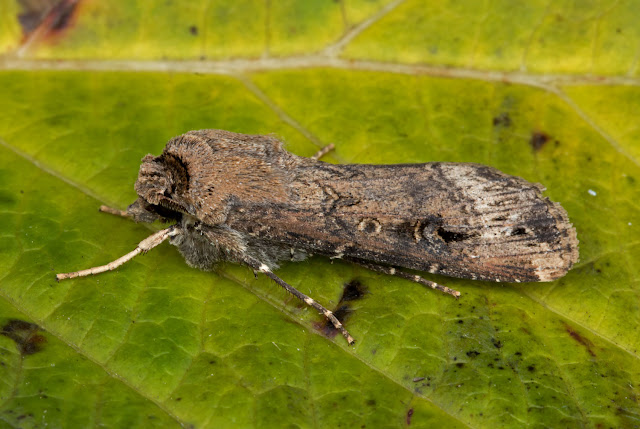 Posted by Boughton Moths at 19:55 No comments:

A Yellow-line Quaker in the trap this morning was the first I've seen in December. I went over to Grove Ferry for the afternoon hoping to see the male Hen Harrier again. No luck with that but a Ringtail showed well in front of the Marsh Hide. On my walk back to the car a Short-eared Owl also showed well. 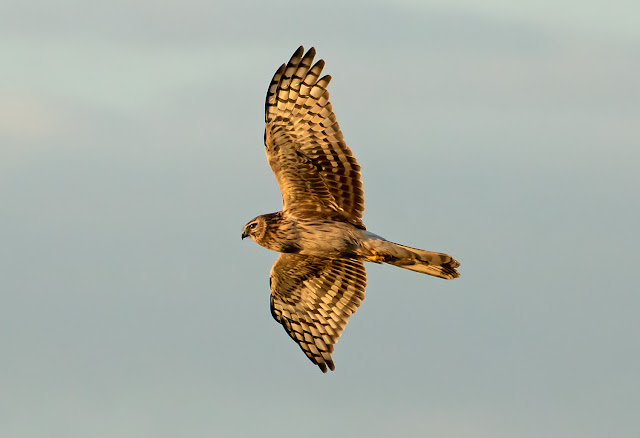 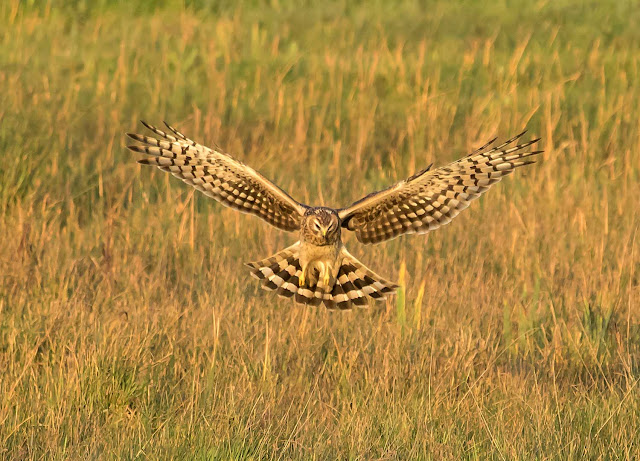 Posted by Boughton Moths at 21:14 No comments: