Since my last post 2 more Winter Moths have appeared but nothing else in the trap. At Dungeness yesterday we ticked off the target species: the Long-tailed Duck and Slavonian Grebe were still on the Lade south lake, the Glaucous Gull showed well near the Fishing Boats, at least 2 Bewick's Swans were near Cockles Bridge, and the Long-eared Owl could just about be seen at the Dipping Pond on the reserve. Also noted were 2 Great White Egrets, Peregrine, and 10 Goosander on Burrow's Pit.
Glaucous Gull (1st Winter) 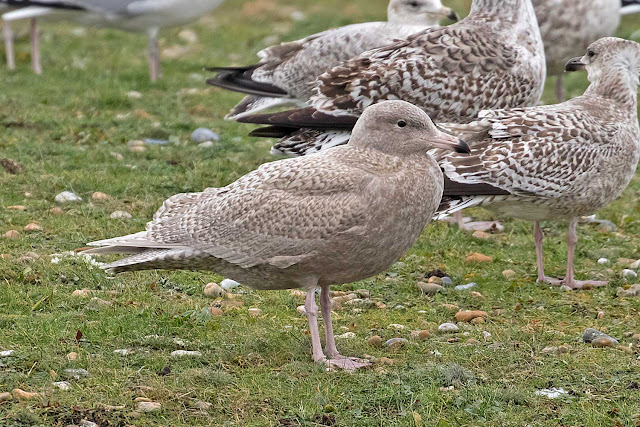 Goosanders with Pochard and a Shoveler 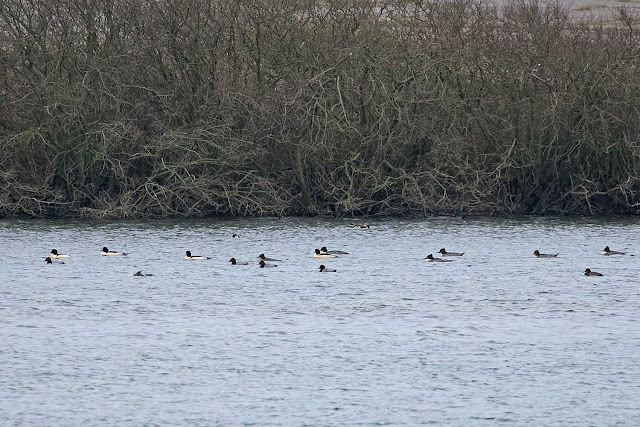 Posted by Boughton Moths at 10:37 No comments:

No moths to report but yesterday at Ramsgate Harbour the juv. Iceland Gull was coming to bread. 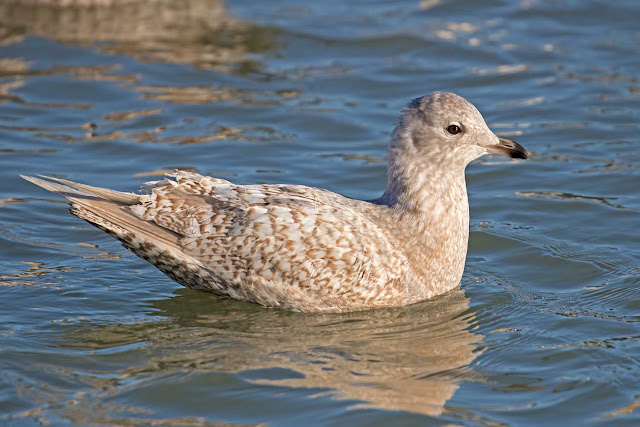 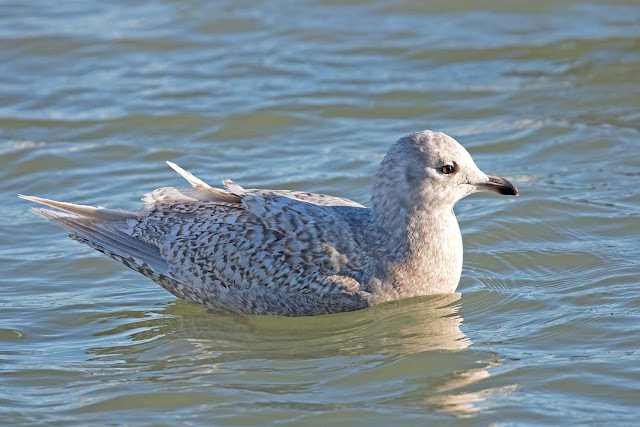 Posted by Boughton Moths at 10:33 No comments:

Over the last few days slightly milder weather has produced 2 new species of moth for the year: the Winter Moth and December Moth. I expect that with colder weather on the way that may be it for the year now. Lots of wintering thrushes around with good numbers of Redwings on the neighbour's holly trees for several days. 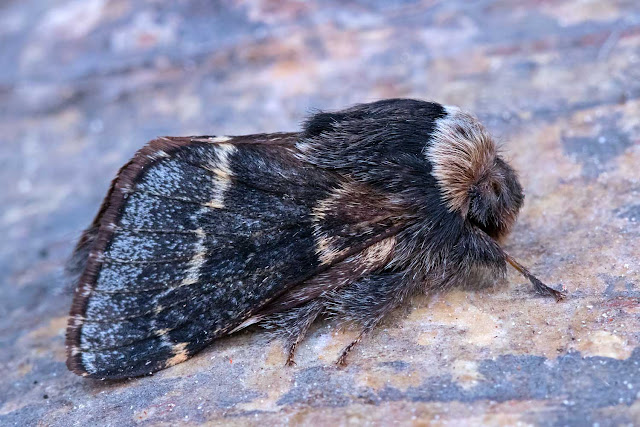 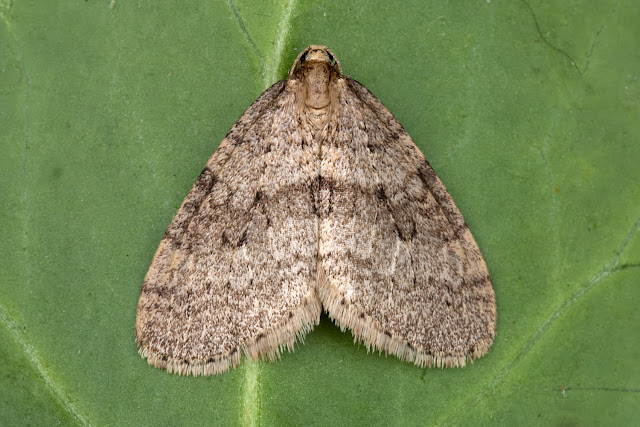 Posted by Boughton Moths at 17:12 No comments:

No moths to report since my last post and no moths new for the year at all during November. A couple of vists to Dungeness have not produced a great deal new either. Last Thursday we saw a Bittern in flight over the ARC pit, plus a Great White Egret there, the Cattle Egret with the cows near Boulderwall Farm, with a couple of Little Egrets and Grey Herons around the reserve making 5 Heron species in the day. Gull numbers have increased with 2 Scandinavian Herring Gulls on Thursday and a couple of Caspian Gulls the previous week on the RSPB reserve. 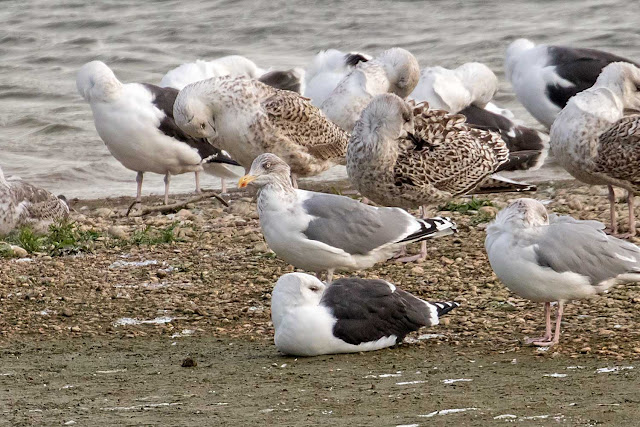 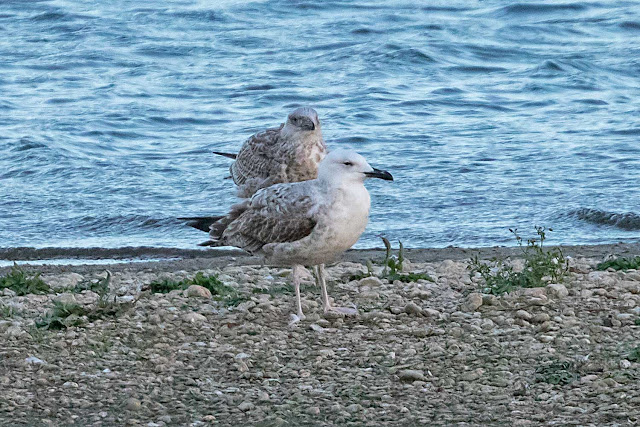 Posted by Boughton Moths at 11:58 No comments: