Halfway through the year and the Moth Trap number of species is 211 for the first 6 months. Colder nights recently have kept numbers down but at the same stage last year the figure was only 180. Elsewhere the Heath Fritillaries and Ringlets were showing well at North Bishopden Wood a few days ago, and yesterday I went over to Hothfield Common where the Keeled Skimers were on the wing with Four-spottted Chasers and a Broad-bodied Chaser. 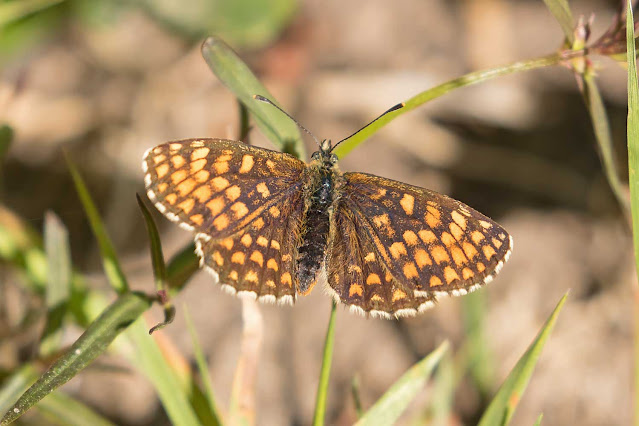 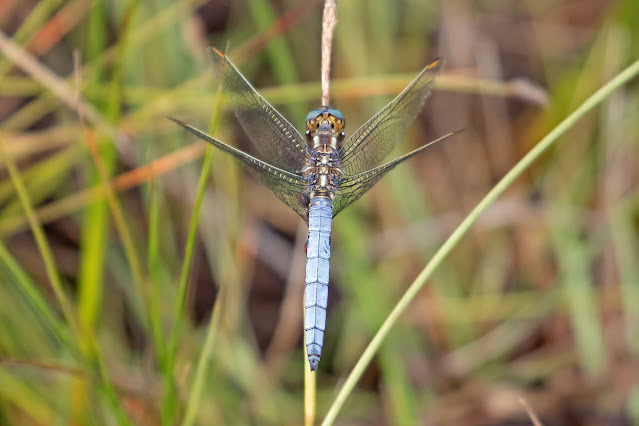 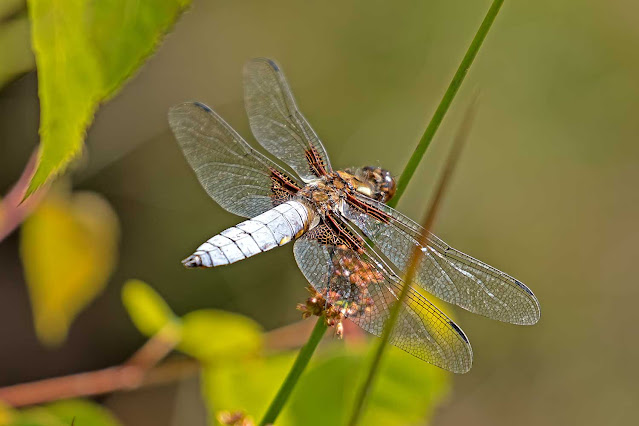 Posted by Boughton Moths at 11:47 No comments:

Since recently returning from 2 weeks in Alberta, Canada, I've recorded 3 species of Clearwing Moths in the garden and also trapped a new Pyralid: Elegia similella. Pictures from my Canada trip will be on my Flickr site over the next few weeks:   https://www.flickr.com/photos/34579661@N04/ 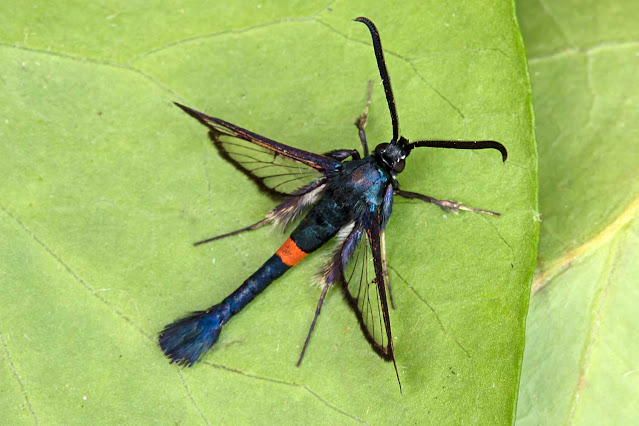 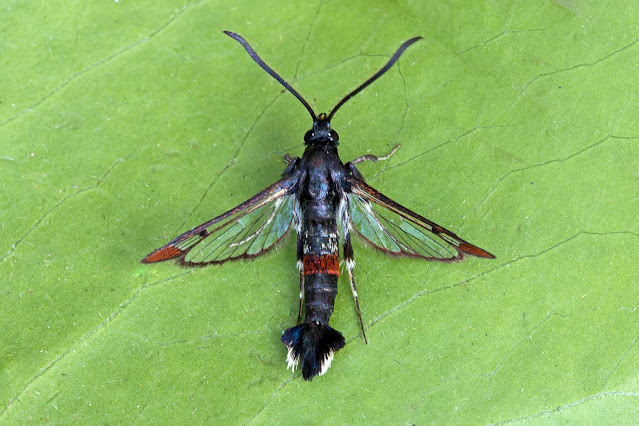 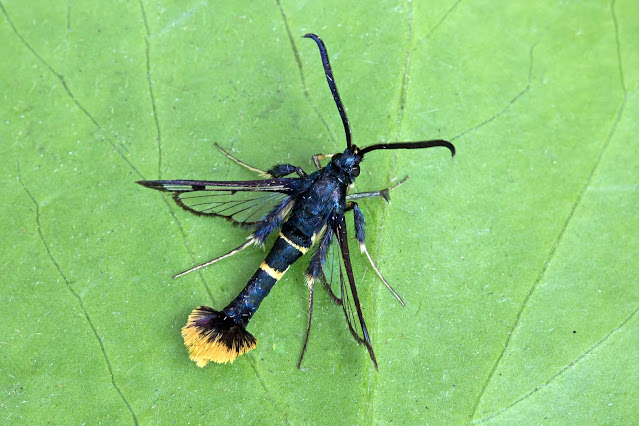 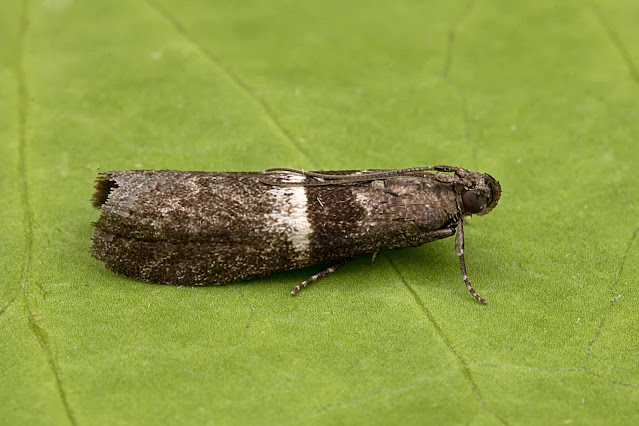 Posted by Boughton Moths at 11:49 No comments:

Since my last post I've recorded 2 new micro species for the garden list: Pammene suspectana and the Spotted Shoot Moth Rhyacionia pinivorana. Pammene suspectana has only been recorded in Kent for the first time this year. I've also been shown my first Dormouse by the local Dormouse group, and a trip to Bonsai Bank produced good numbers of Duke of Burgundy Butterflies, Dingy Skippers and Green Hairstreaks. 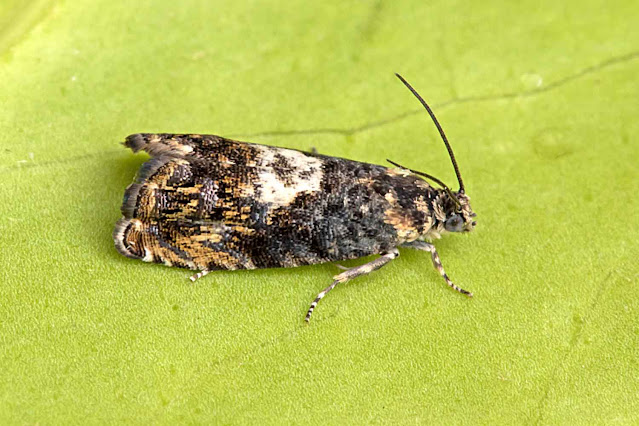 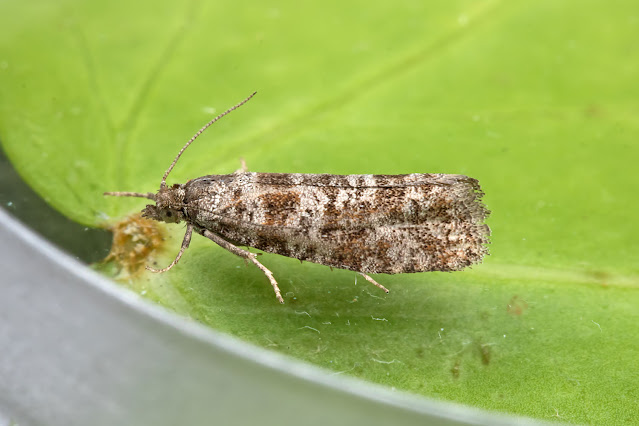 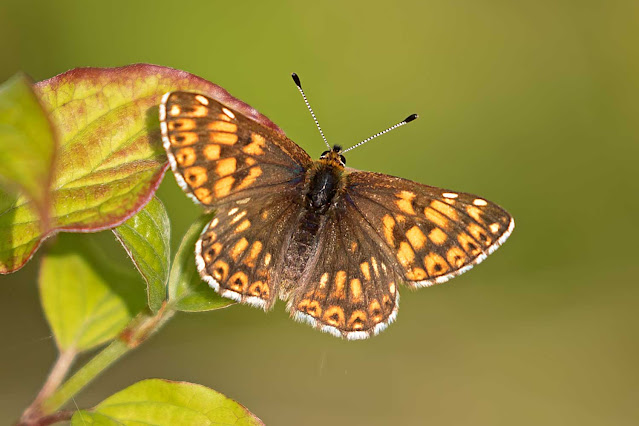 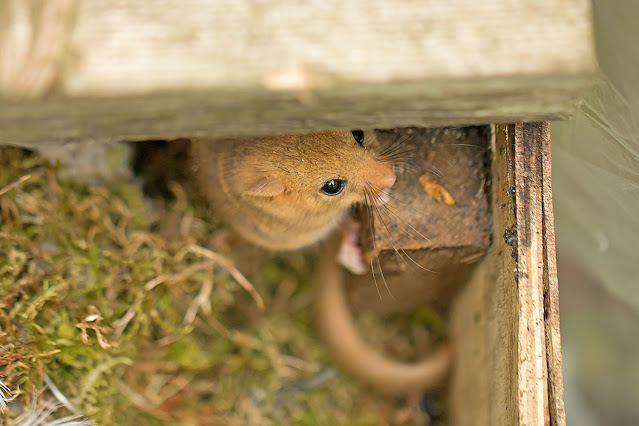 Posted by Boughton Moths at 12:50 No comments:

High presure and cold nights have generally continued to keep moth numbers down but there have been a few interesting species since my last post. With the help of a lure I my first Dewick's Plusia turned up in the trap on 26th April. This morning I recorded the 2nd Choclate-tip of the year-quite rare in my garden. Also 22nd April brought the first Toadflax Brocade of the year. Hobbies have arrived at Stodmarsh too. 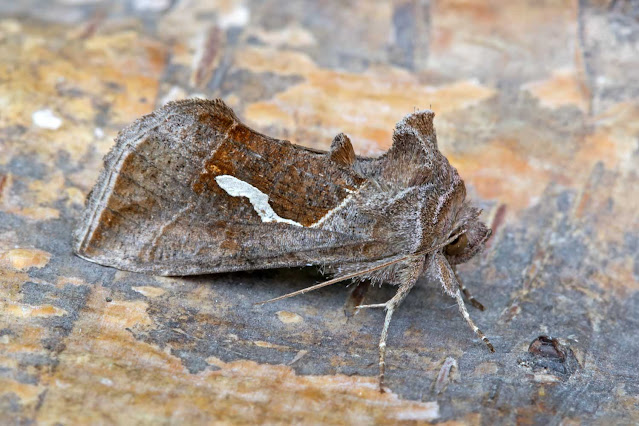 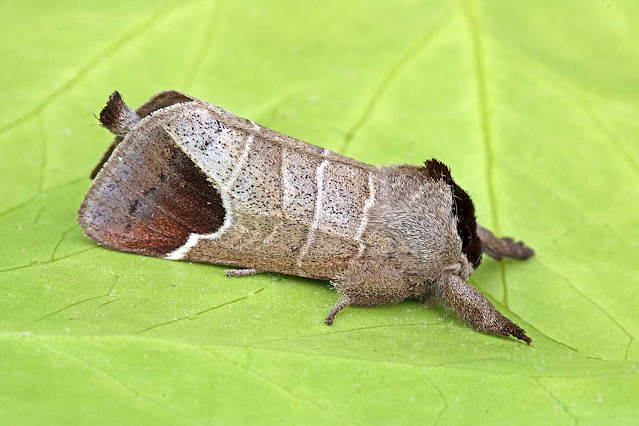 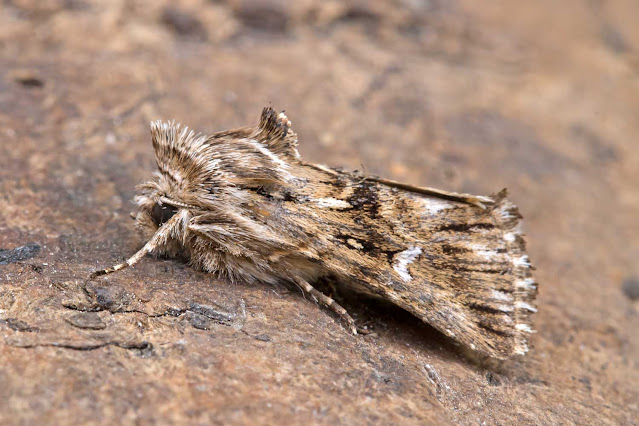 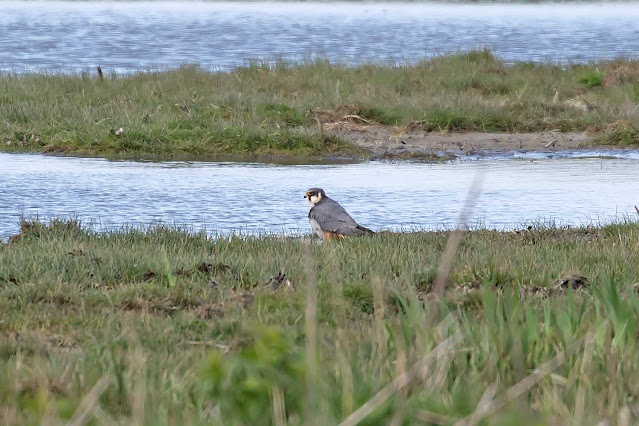 Posted by Boughton Moths at 11:38 No comments:

Cold nights have generally kept moth numbers down but I have now reached 700 species on the garden list with addition of 2 micro species. Unfortunately the first one could only be narrowed down to being one of 2 species so has to be recorded as Caloptilia elongella/betulicola. The second one, Pammene giganteana turned up yesterday afternoon in the pheromone trap with a SKI lure. It's been a good spring for Garganey sightings at Oare/Stodmarsh/Dungeness and a Little Owl also showed well at Stodmarsh. 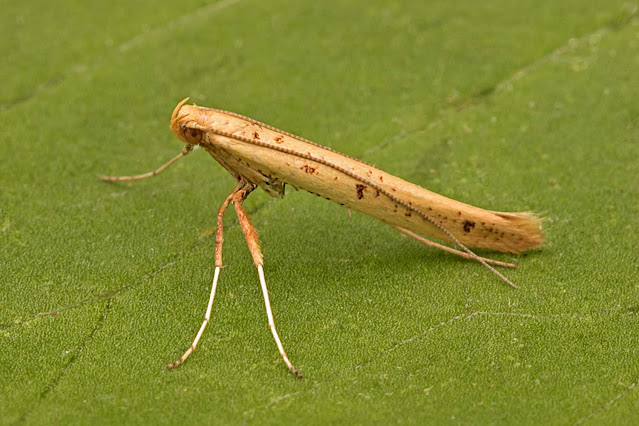 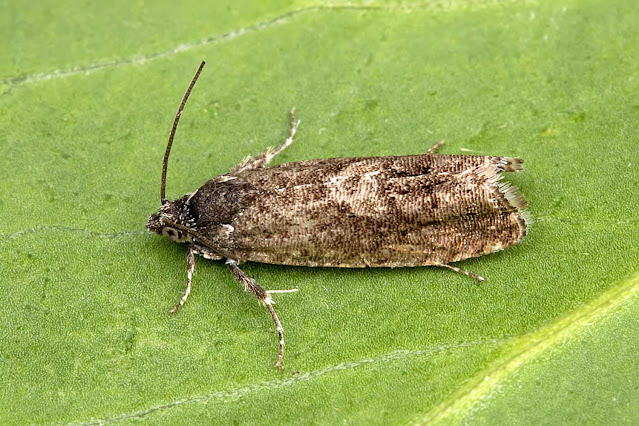 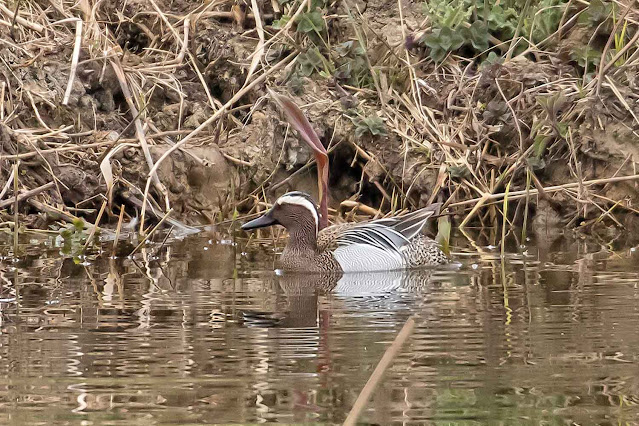 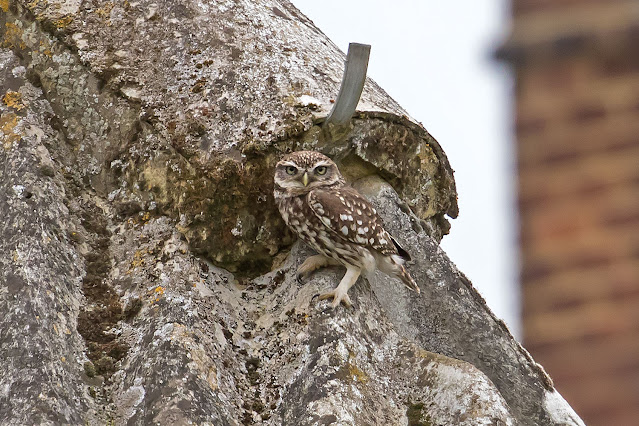 Posted by Boughton Moths at 10:03 No comments:

Since my last post I've recorded 2nd records of Small Brindled Beauty and Spring Usher following the first ones in my last  post. I've also had a Shoulder-stripe which is only my 3rd record and my first for 5 years. Interesting birds seen include the Iceland Gull at Rye Harbour, a Pink-footed Goose at Shalmsford Street. It's also been a good winter for Bramblings. 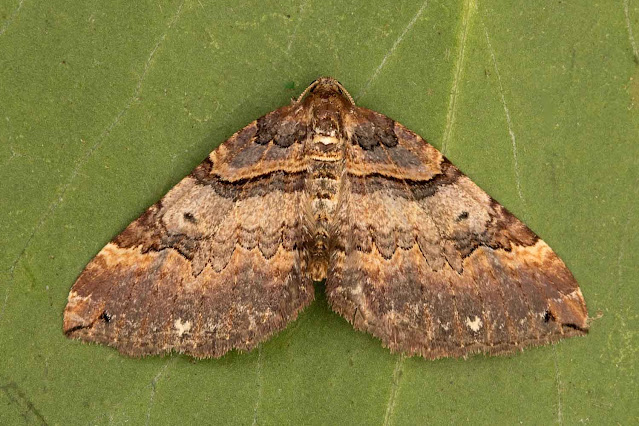 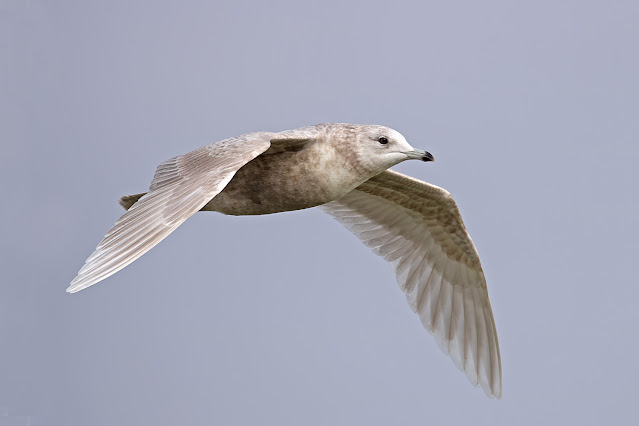 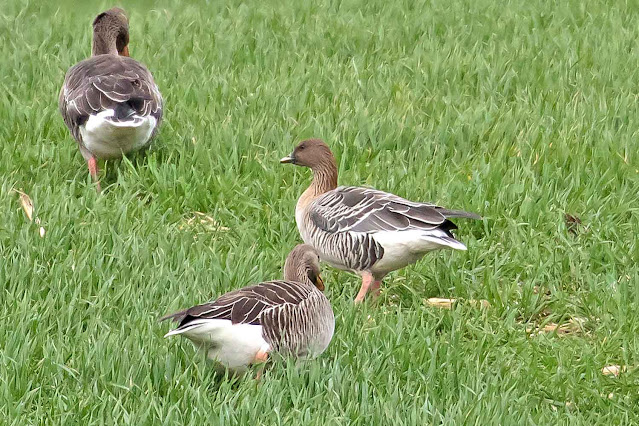 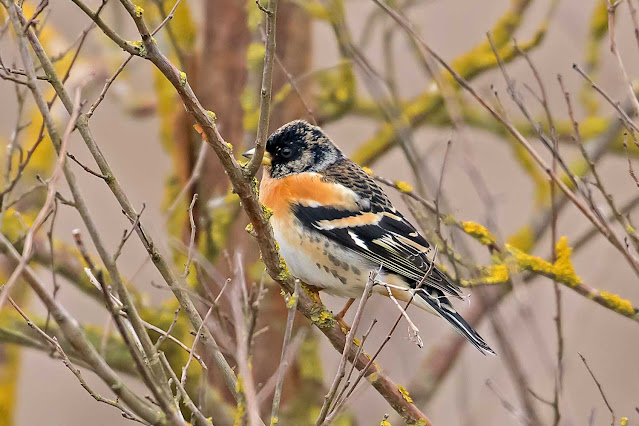 Posted by Boughton Moths at 22:07 No comments:

Despite the frosty mornings and then the gales and rain I've added 3 new species to the garden moth list this month: Spring Usher, Acleris literana, and Small Brindled Beauty. Garden list now 698. 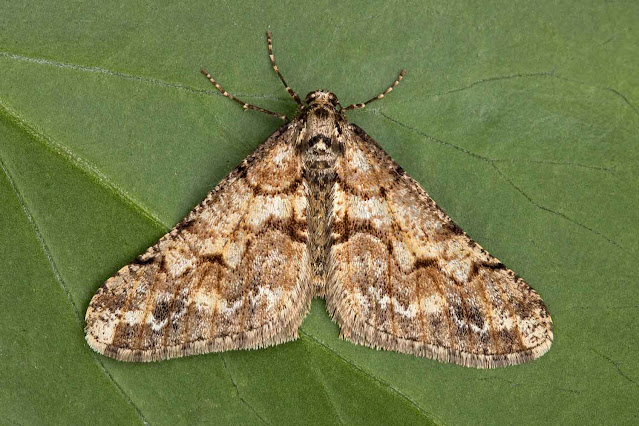 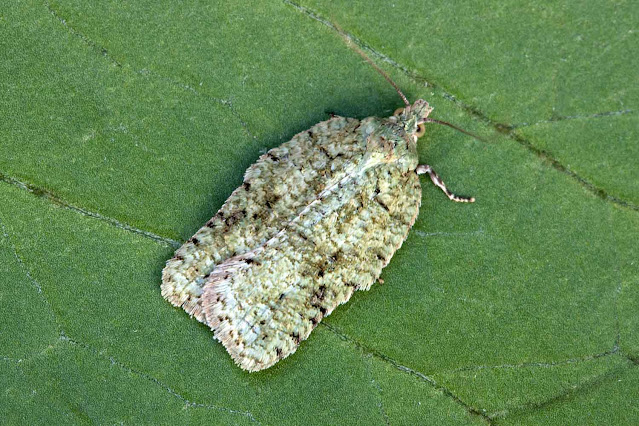 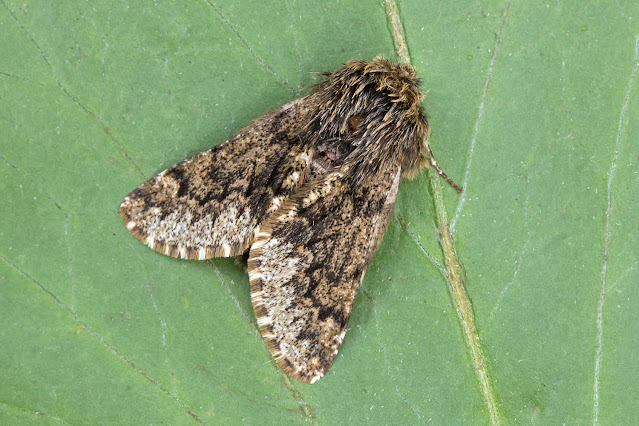 Posted by Boughton Moths at 10:35 No comments: